A quantum jump in Astrophysics 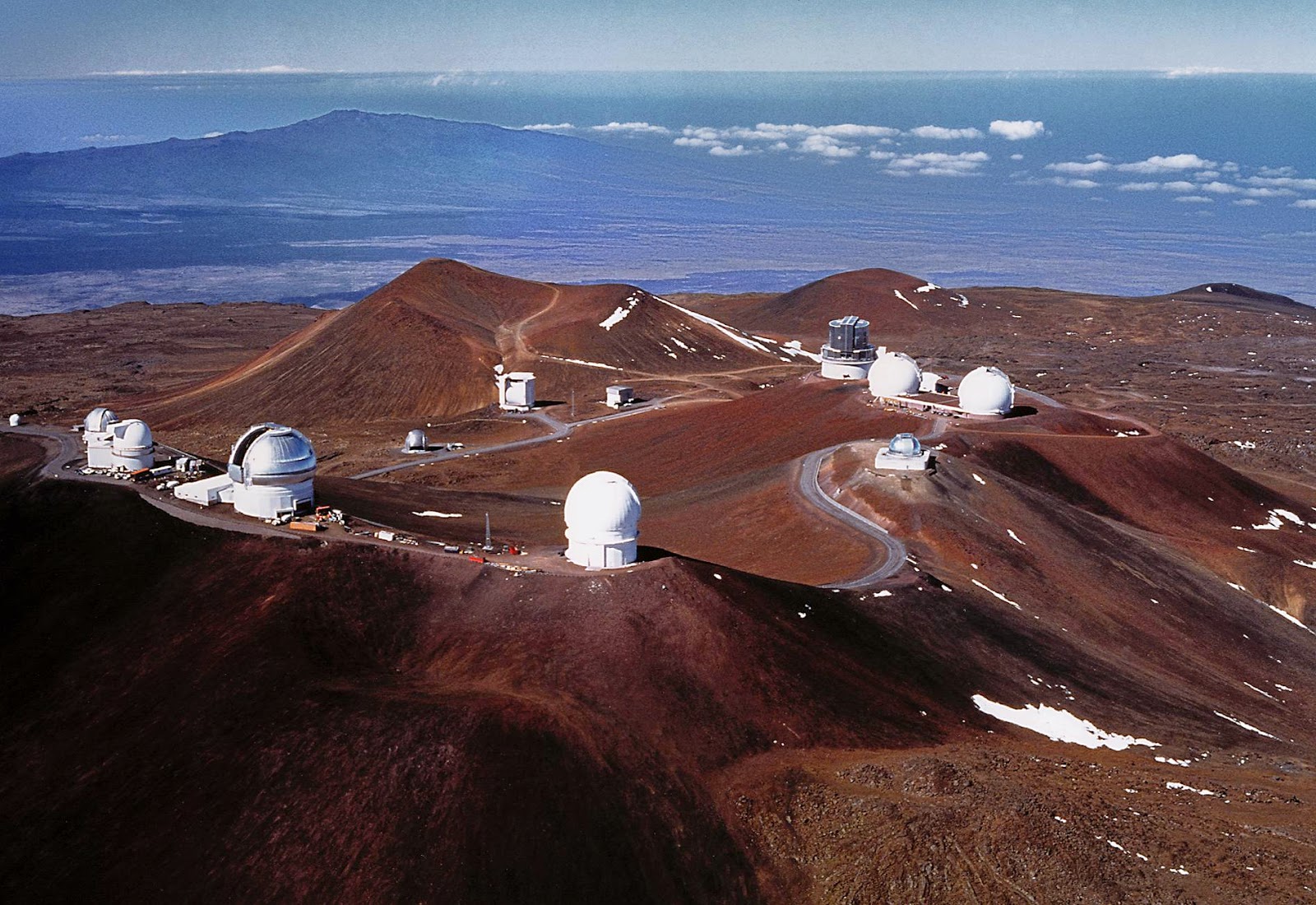 The highest point in the U.S. state of Hawaii; Mauna Kea is a dormant volcano located on the island of Hawaii. It stands tall at 13,803 ft (4,207 m) above sea level. Because of extremely favourable observing conditions,Mauna Kea's summit is considered as one of the best sites in the world for astronomical observations. The atmosphere here is extremely dry. Since the water vapor in the atmosphere absorbs radiation in submillimeter and infrared region of the electromagnetic spectrum, Mauna Kea is an ideal spot for submillimeter and infrared astronomy. The cloud cover always remains below the summit and keeps the air above the summit free of atmospheric pollution, stable and without any turbulence. The night skies are very dark as it is far away from any city lights. All these factors make Mauna Kea an ideal place to set up astronomical observatories.

In the early 1960s, the Hawaii Island Chamber of Commerce began encouraging astronomical development of Mauna Kea. After 10 long years, a 2.2 meter diameter telescope built by University of Hawaii, UH 88 came up here. It was the seventh largest optical/infrared telescope in the world at that time. Today the Mauna Kea Science Reserve has 13 observation facilities, each funded by as many as 11 countries. The largest facility, commissioned in 1999, has been built by Japan and is known as the Subaru Telescope, considered as one of the world’s biggest, it has a single main mirror that measures 8.2 meters in diameter.

The main function of any telescope is to collect light from a celestial object. Once it is collected, a telescope must focus it into a sharp image. Through careful site selection, enclosure and telescope design, Subaru was built to obtain the highest resolving power possible and has superb Light-Collecting and Light-Resolving Powers. A computer controlled system of support holds the Subaru telescope's single piece primary mirror in shape with a surprisingly small error of 0.012 μm (1/5,000,000 inch). The cylindrical shape enclosure minimizes air turbulence inside, and linear motors drive the solidly built telescope smoothy and accurately. 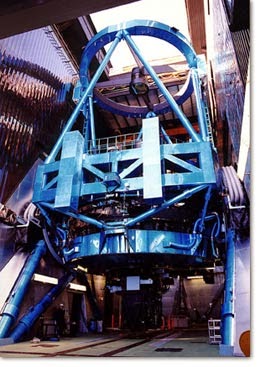 Subaru telescope is soon likely to have a competitor that would have light-condensing capabilities that would be 13 times greater than the Subaru telescope’s, which means that the telescope can search for stars that are less bright or farther from Earth. It should also help scientists see some 13 billion light years away for a glimpse into the early years of the universe. This new telescope would be able to identify an object as small as a coin from a distance equivalent to 500 Km. What makes this new telescope even more interesting venture for India, is that India is also contributing towards the construction cost expected to top $1.4 billion and will also have a share of the observation time. An agreement was signed by The University of California system, the California Institute of Technology and the Association of Canadian Universities for Research in Astronomy with China, India and Japan as partners to construct this telescope in January 2013. 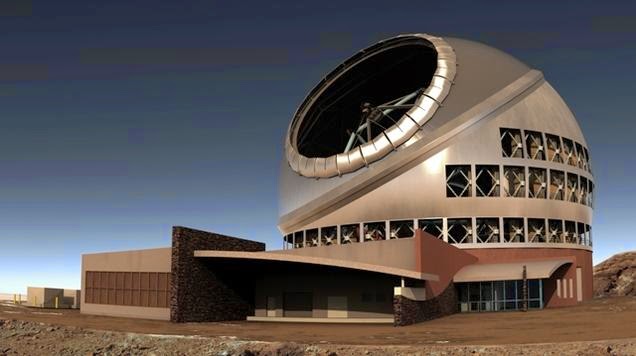 India will contribute about Rs 1,300 crore over the construction period 2014-23. with 30 percent of it in cash and balance in kind, to be spent on vital components of the telescope to be built in India in partnership with various industries. Indian participation will be funded by the Government of India through the Department of Science and Technology (DST) and the Department of Atomic Energy (DAE). The DST will be the coordinating department for the project.

Initially China had joined the project as an observer in 2009, followed by India the next year. Now both are full fledged partners along with Japan, who already has its own large Subaru telescope at Mauna Kea. The new telescope is scheduled to be completed in 2022 and would have its 30 meter diameter primary mirror composed of 492 segments of 1.44 meter diameter each. These mirror segments will be positioned relative to each other through sophisticated sensors, actuators and control systems, so that the entire assembly behaves like single monolithic mirror. This design perhaps has been adopted in light of a mishap with Subaru telescope wherein there was a coolant leak onto the primary mirror in July, 2011. The mishap had a significant impact on functioning of Subaru Telescope and recovery work to put back telescope back in shape including meticulous inspection and cleaning of the affected areas took almost two years and was completed only in the summer of 2013. India would set up a facility to polish about 100 mirror segments and provide sophisticated components, like actuators, edge sensors and segment support assembly for the active optics, which helps in maintaining accurately the shape of the primary mirror. India will also contribute significantly to the complex software necessary for the operation of the telescope, including the telescope control systems and various components of the observatory software.The Inter-University Centre for Astronomy and Astrophysics (IUCAA) jointly with the Indian Institute of Astrophysics in Bangalore and the Aryabhatta Research Institute of Observational Sciences in Nainital will execute India's contribution to this project 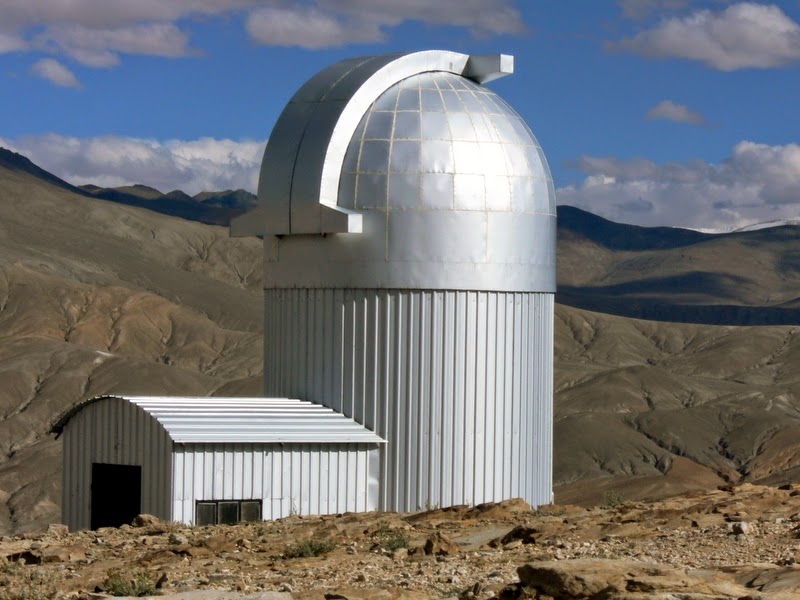 The project was launched with a groundbreaking and blessing ceremony to mark the start of construction, in presence of 100 astronomers and officials from the five countries on October 7 at a location 4,012 meters high on Mount Mauna Kea. For India, beginning of this project is particularly of great significance as the largest telescope in India has only a 2-metre mirror ( on Mt. Saraswati, Digpa-ratsa Ri, Hanle in south-eastern Ladakh in the eastern Jammu and Kashmir state of India), though India is building one at Devasthal, Nainital, Uttrakhand state, that will have 3.6 meter diameter. The new telescope is likely to be a great boon for Indian astrophysicists and is surely a quantum jump for study of Astrophysics in India.