The creator and the destroyer 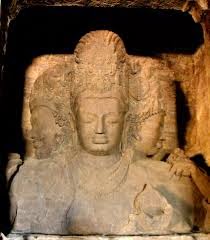 The Christian doctrine of the Trinity proclaims that while God is one, he really exists as three persons: The unknown God, creator and source of all life. This definition somehow excludes God's domain from the inevitable end to any form of life; its certain death. Hinduism also believes in the concept of Trinity in which God assumes a form of three entities, extending the control to the cosmic functions of creation, maintenance, and destruction. Hinduism believes these three functions to be personified by the forms of Brahma the creator, Vishnu the maintainer or preserver and Shiva the destroyer or transformer. This great Hindu Trinity, consisting of three personified Gods, commonly addressed as Brahma-Vishnu-Maheshwara is also sometimes known as great Triad or “Trimurti.”

What is interesting to note in this Hindu concept is that the creator and the destroyer are clearly defined as separate entities, stating the underlying fact that the creator can not be the destroyer or vice versa. In nature, however we find examples, where the creator himself may act as destroyer in some cases. Take the case of big cats like lions or tigers. Many a times a male lion or a tiger may destroy the new born cub, which zoologists believe is to maintain some kind of genetic balance and control. In case of other animals and birds too, a new born baby or a chick may be killed, if found born with genetic defects. It can be argued that it is not the male lion or the odd bird that is killing the offspring; it is the nature, which is actually prompting them to act in this cruel fashion. This would mean that it is the nature itself that is acting as a creator and a destroyer.

Let us now move from religion and zoology to Physics, that too physics of fundamental particles or that of the basic building blocks of this universe. I want to take the readers back in time, Billions of light years away, to an instant, when the Big bang had just created the Universe. Immediately after this, the first particles that formed were entirely mass-less and zipped around the fledgling universe at the speed of light. But a trillionth of a second later, something happened and scores of particles acquired a mass, which led to formation of basic sub atomic particles like quarks and electrons that make up atoms. But what was it that made this conversion possible from energy to mass? Scientists have been looking for a satisfactory answer for this riddle a long time. 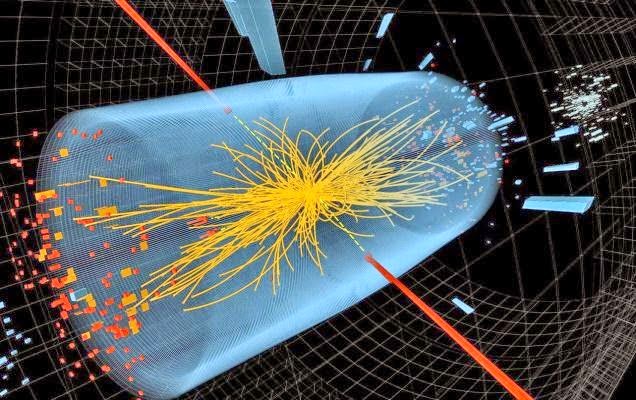 In 1960's, a Scottish physicist, Peter Higgs, predicted an invisible field that is all around us – and even within us, that could be giving mass to the basic constituents of atoms. His theory written in pencil on a pad of paper, also suggested possibility of an another particle, by exchange of which, basic constituents of atoms might be acquiring their masses. The energy field predicted by Peter Higgs is supposed to be an invisible energy field that pervades the whole cosmos. Some particles, like the photons that make up light, are not affected by it and therefore have no mass. Imagine mixing of a thick porridge with a spoon. As we mix it, some porridge would always drag on the spoon. Similarly sub atomic particles acquire masses as they move through Higgs energy field by exchanging this new particle conceptualized by Higgs.

Scientists believe that in the first billionth of a second after the Big Bang, which created the Universe, the place was a gigantic soup of particles racing around at the speed of light without any mass to speak of. It was through their interaction with the Higgs field, that they gained mass and eventually formed the universe. Yet the concept of Higgs Boson was only a concept and it existed only in the mind and on paper. The experimental proof came on the morning of 4 July, 2013, when scientists working at European Centre for Nuclear Research (CERN) revealed in a seminar for the first time that they had indeed discovered the Higgs boson.

We have now something that can be truly called a creator of the universe, who formed it from a gigantic soup of particles racing around at the speed of light without any mass and continues to build it even now. Perhaps like the idea of the Hindu religious philosophy, this creator is a benign creator too, it can not act as destroyer also. Well! Things so far suggested, that  the Higgs Boson to be a benign creator, who left the job of destroying, what he has created to someone else. 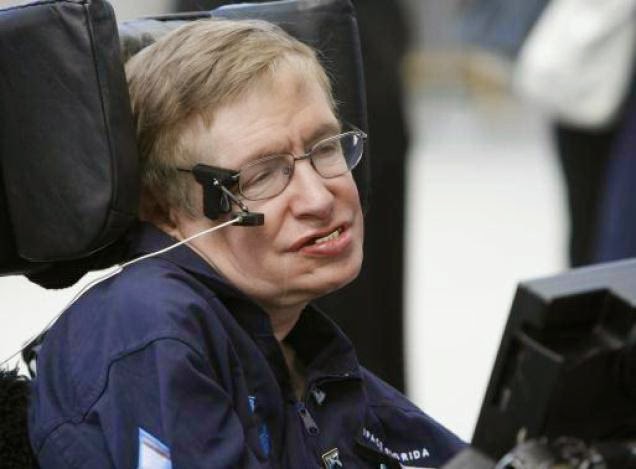 Well known British cosmologist Stephen Hawking has now put forward a theory that Higgs Boson may not be the benign creator believed so far and may also act as a destroyer. Mr. Hawking, 72, warns in his newly published book, “Starmus,” that at very high energy levels, the Higgs boson, which gives shape and size to everything that exists, could become unstable. He says;

“The Higgs potential (energy field) has the worrisome feature that it might become megastable at energies above 100bn giga-electron-volts (GeV). This could mean that the universe could undergo catastrophic vacuum decay, that would lead space and time to collapse with a bubble of the true vacuum expanding at the speed of light. This could happen at any time and we wouldn’t see it coming.”

What this means is that exactly like the big bang, when within a span of few milliseconds, Higgs Boson had transformed the gigantic soup of particles racing around at the speed of light without any mass to an expanding universe with particles having a mass, the same Higgs Boson under certain conditions would cause catastrophic vacuum decay in the universe and a bubble of the true vacuum would expand within the universe at the speed of light and we would be hit even before we know anything about it.
Fortunately, Hawking adds that the likelihood of such a disaster is unlikely to happen in the near future. But the danger of the Higgs field becoming destabilised at high energy is too great to be ignored and the elusive ‘God particle’ discovered by scientists in 2012 has the potential to destroy the very universe, which was created by itself in the past.

All I can add is that if what Stephen Hawking says is true, the fundamental particles of our universe do not really believe in the concept of trinity, where the creator and the destroyer are different. Like a big cat, the fundamental particle that formed the universe may as well decide to annihilate it if it thinks that the time is ripe. Not a very comforting thought, isn’t it?