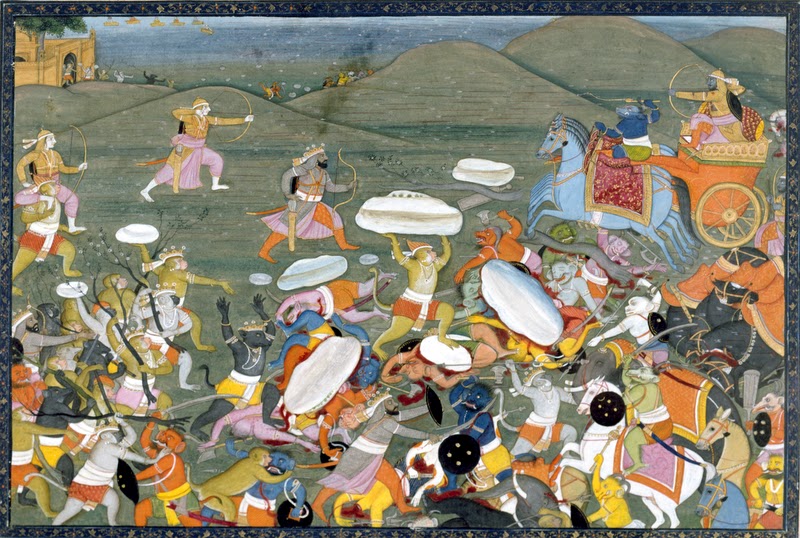 A great literary work or a Magnum opus from India, “Ramayana” narrates in the closing chapters, a famous story of a great war fought by the hero; warrior king Rama with Ravana, the demon king of Lanka. During the course of this war, Ravana's son Indrajit, a legendary fighter, joins the battle when he finds all his brothers killed by Rama and his army, his father- Ravana- humiliated in the battle , and his paternal uncle Kumbhakarna killed.

On the second day of his war with Rama's army, Indrajeet uses all his force to cast a havoc on his enemies. At this time, Rama's younger brother Lakshmana appears before him, and starts a fierce battle with him. When Indrajit realises that Lakshmana could not be won over, he uses his supreme magical powers, darting across the clouds and skies like a bolt of lightning. He combines his skills of sorcery and deceptive warfare, repeatedly vanishing and reappearing behind Lakshmana's back to catch him off-guard and finally hits him with his fiercest and deadliest weapon, “Shakti.” On being impaled in the back by the weapon, Lakshmana falls unconscious, poised to die precisely at the following sunrise. 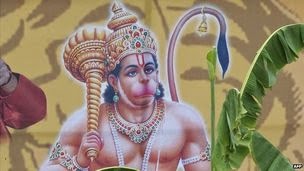 This brings in a complete sense of doom in the military camp of Rama. However the physician Sushena advices Rama that his brother can still be saved if he can administer a herb known as “Sanjivani” to Laxmana. Unfortunately, this herb is only found on a mountain in the Himalayas, known as “Dronagiri.” Rama's trusted lieutenant; Monkey-God Hanuman, opts to fly over to Himalayas and get the life-restoring herb Sanjivani. Since Laxmana is destined to die at the sun rise, if no drug is administered to him, Hanuman realises the danger, takes an avatar that is many times his normal size and detains the Sun God to prevent the break of day. He then resumes his search for the precious herb, but finds himself unable to identify, which herb it is. He then simply lifts the entire mountain and delivers it to the battlefield in Lanka. Sushena immediately identifies and administers the herb, and Lakshmana is saved. Rama embraces Hanuman, declaring him as dear to him as his own brother. 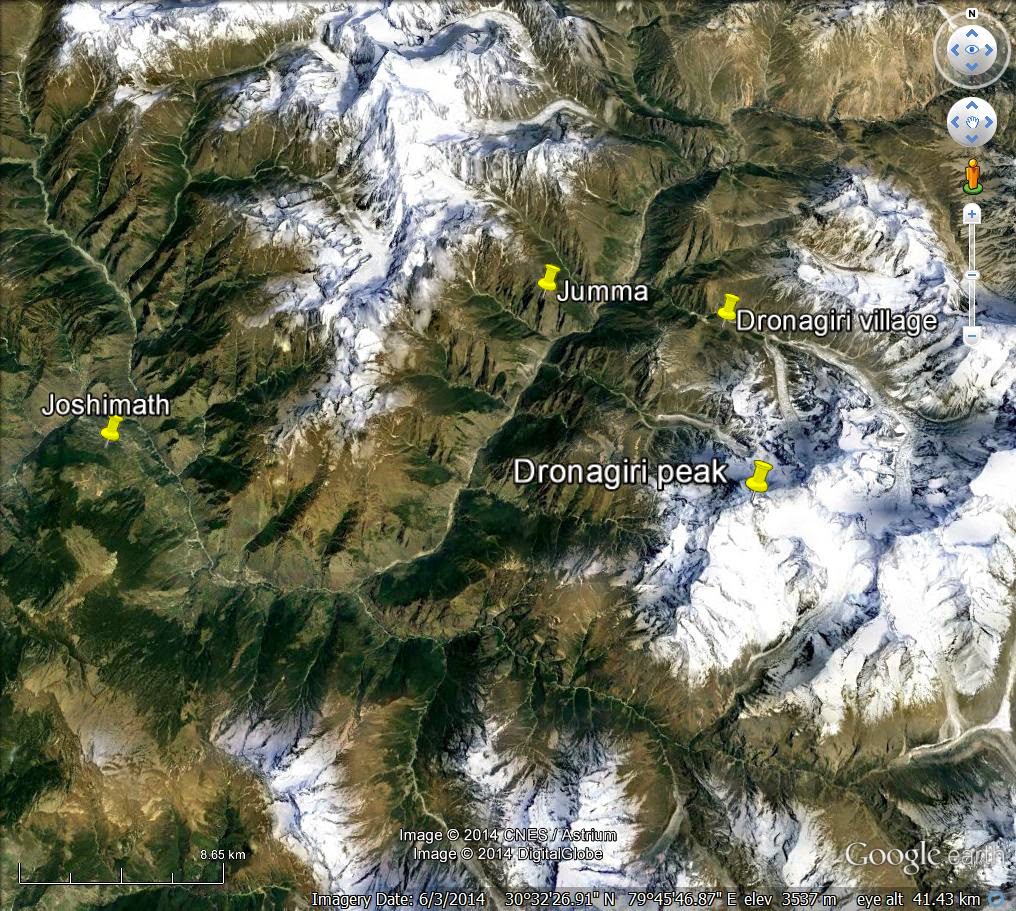 The story, though quite enjoyable, is a great fantasy obviously. Many in India however believe in the real world existence of the great life-restoring herb Sanjinani, found only in Himalayas as described in the story. A village in the Chamoli district of the state of Uttarakhand state in India is actually known as Dronagiri village, named after the 2,400 meters high nestling hill of Dronagiri. There is also a snow clad peaknearby that is also known as Dronagiri. However this peak is not to be confused with Dronagiri hill near the village. The snow clad Dronagiri peak can not be seen from the village and one needs to trek at least 2 Km to a ridge to have a look at the peak. 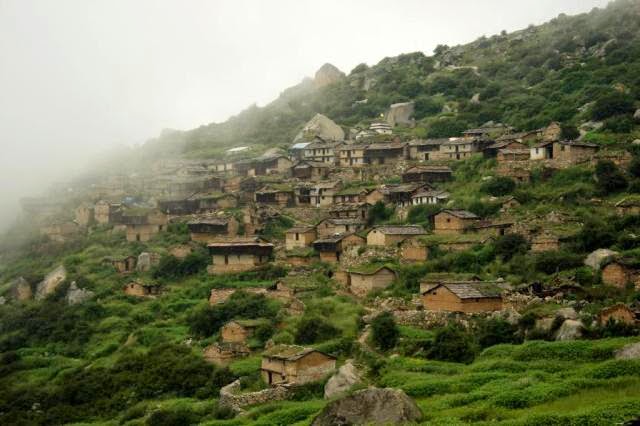 Above the Dronagiri village the Dronagiri hill top actually looks like as chopped off and the villagers grouse at this as the work of Hanuman. This hill grows many types of herbs, believed to be of medicinal use by the village community. The Patanjali Yog Peeth of Haridwar, is doing laudable research on herbs found here and are believed to have succeeded in finding some herbs which can be as good as life savers. However nothing specific or concrete has emerged from this research. 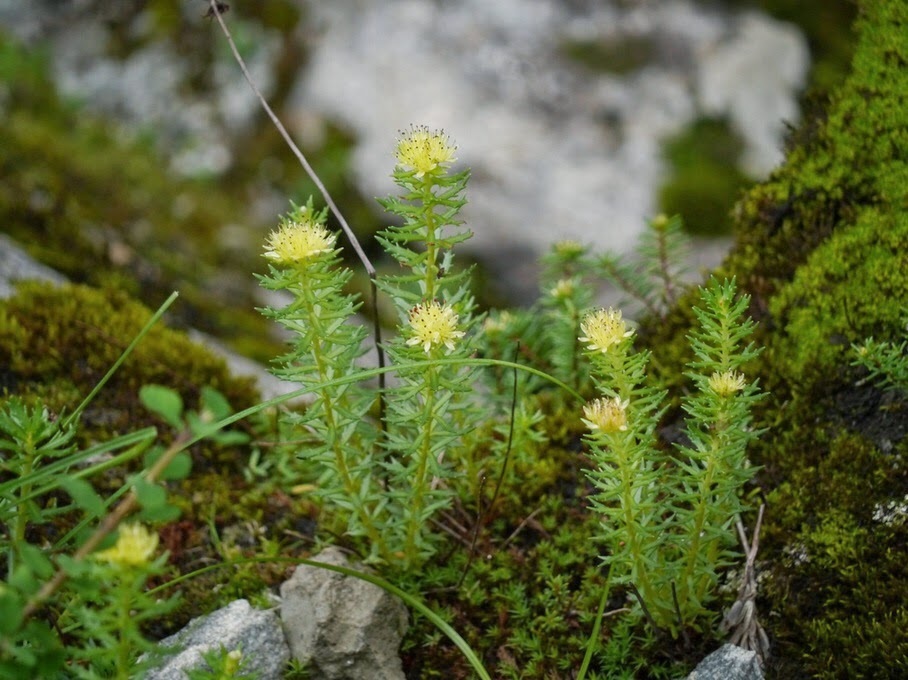 Let us now move to the other side of Himalayas, or to Ladakh, where the Defence Institute of High Altitude Research (DIHAR) based at Leh, capital of Ladakh region, is exploring the therapeutic values of the herbs found in Himalayas. Their research has led them to “ Rhodiola”, a herb found in the cold and highland climate of Himalayas. DIHAR, the world’s highest agro-animal research laboratory, has been studying this wonder plant for more than a decade. Locally called ‘Solo’ in Ladakh, the qualities of Rhodiola were largely unknown so far. The leafy parts of the plant are used as vegetable by locals.

“Rhodiola is a wonder plant that has immunomodulatory [enhancing immune], adaptogenic [adapting to difficult climatic condition] and radio-protecting abilities due to presence of secondary metabolites and phytoactive compounds unique to the plant,” He adds

“The herb can mitigate the effects of gamma radiation used in bombs in biochemical warfare. While its adaptogenic qualities can help the soldiers in adjusting to the low pressure, low oxygen environment, the plant has also been found to have anti-depressant and appetiser properties.” 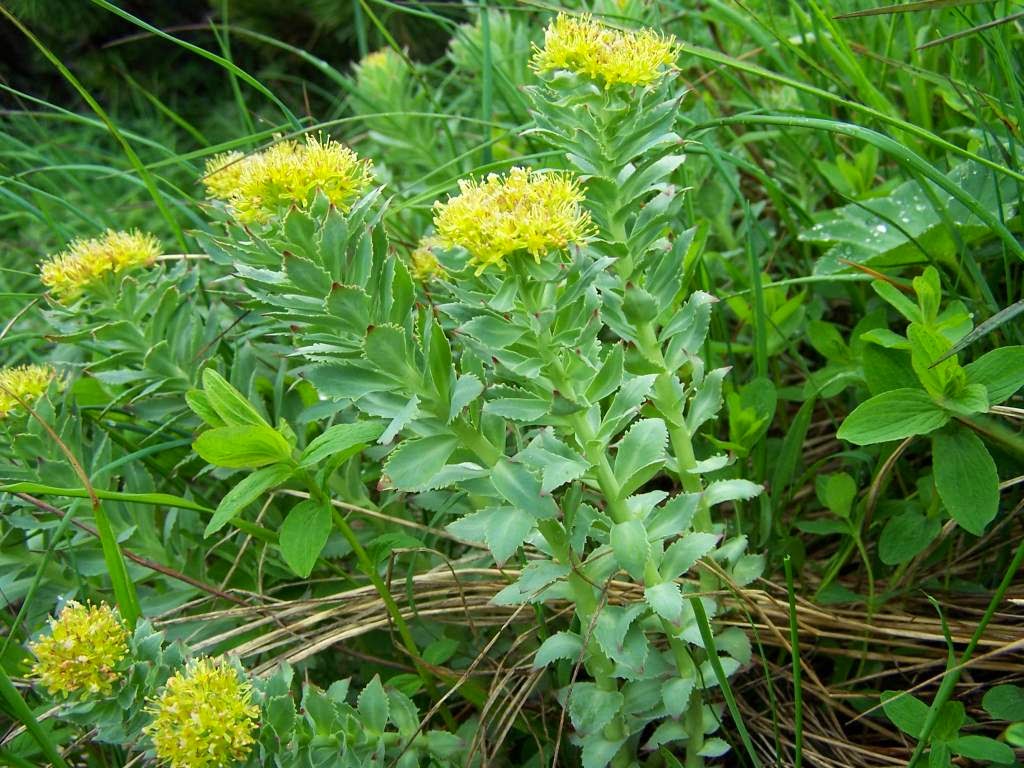 “Rhodiola” has such wonder properties that many believe that it is the end to the quest for Sanjivani, the mythical herb that gave renewed life to Ram’s brother Lakshman in the epic Ramayana.