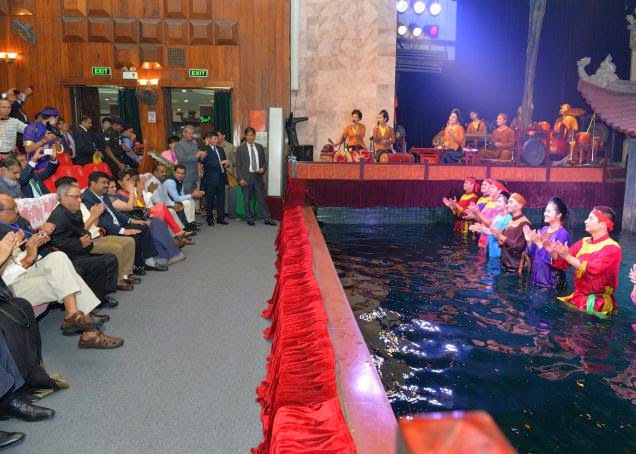 The upcoming visit of the Chinese president Xi Jinping to India has been in much of limelight in media. India's Prime Minister Narendra Modi is expected to spend his birthday with the Chinese President in Ahmedabad on 17th September 2014. Indian media have been giving much coverage to this proposed visit as two countries are expected to sign important commercial deals.

However not much media attention seems to have drawn to the visit of India's president, who quietly flew out of India on an official visit to Vietnam along with India's Petroleum minister Dharmendra Pradhan. Indian president Mukherjee's state visit is prima facie aimed at sealing political and cultural ties with Vietnam. Mr. Mukherjee has even taken from India a sapling of the holy ‘bodhi tree’ of Buddha as a gift. But the primary purpose of the visit is to place India's strategic support for Vietnam.

Vietnam, like India, remains locked in a boundary dispute with China, though in Vietnam's case, the disputed boundary is maritime. Vietnam and China both claim their sovereignty over Paracel islands in south China sea. The seas around these islands are believed to be oil rich. In the month of May 2014, China moved its mobile oil rig, Haiyang Shiyou 981, to Vietnam waters for alleged oil exploration, despite Vietnamese protests. Chinese withdrew the oil rig on July 15 after some ugly incidences, involving fishing boats. Recently China announced that it will build lighthouses on five islands in South China Sea, of which two islands are in waters claimed by Vietnam. These moves are nothing but assertions by China that it has a right to move anywhere in south China sea. 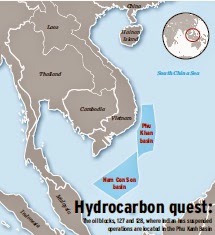 Vietnam had given two oil blocks, Nos 127 and 128, to India, that fall in disputed waters. However after exploration, they were found to have little commercial value and India gave up these blocks in 2012. Earlier this year, Vietnam extended the lease for India on these two blocks in the South China Sea that had expired. The reason for this extension appears to be not oil exploration but something else. Perhaps it gave India a good reason to keep a naval presence there to protect its strategic interests. Supported logistically by Naval bases in Vietnam, India's naval ships are making goodwill visits to countries around south China sea. China sees red with India’s oil exploration in Vietnam waters and it has been a point of contention. 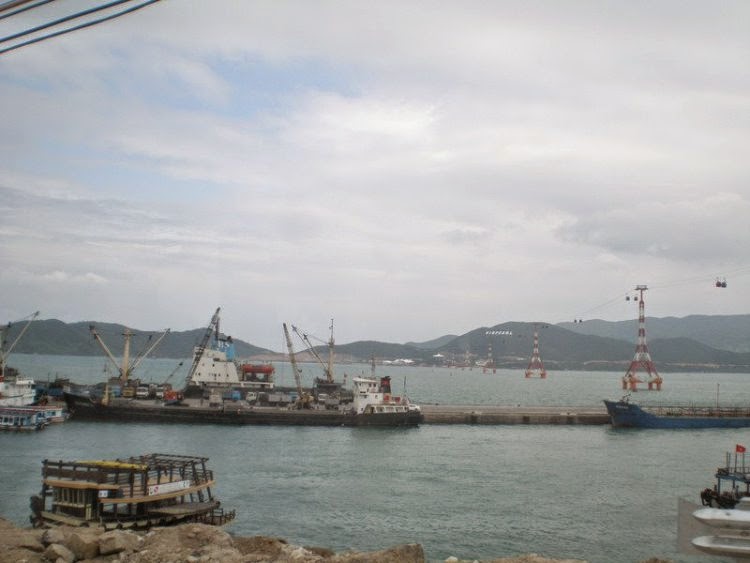 Number of agreements (seven to be precise) were signed during the visit. These include one for enhanced cooperation in the oil sector. In fact, a spokesman from India's foreign office had said earlier "OVL and Petro Vietnam will sign a letter of intent in Hanoi next week. The feasibility study for the blocks is on. OVL has also invited Petro Vietnam to invest in exploration off the Indian coast." It is not known where these new blocks are located, whether within China's nine dash line. The other agreements include an MoU on operating and jointly promoting direct air services under which Vietnam Airlines and India’s Jet Airways will operate flights. Both countries decided to strengthen bilateral cooperation with a focus on political, defence and security cooperation, economic cooperation, science and technology, culture and people-to-people links, technical cooperation and multilateral and regional cooperation. Another agreement signed is for EXIM Bank of India’s extension of a dollar credit line to Vietnam, agreement on cooperation and mutual assistance in Customs. India's president Mr. Mukherjee had already set the tone ,when he had said on the eve of his visit that the key areas of cooperation between the two countries are security and defence. The agreements signed during the visit echo this. 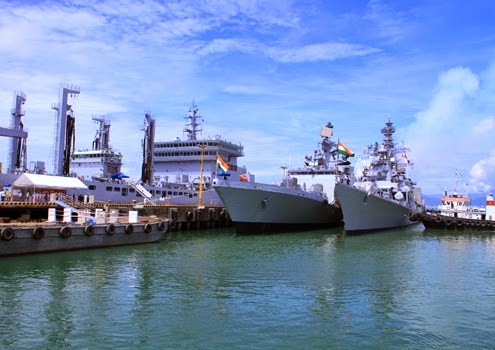 President's statement can be appreciated more on the background of number of examples from the past. The most recent being the news, as reported by Times of India on November 25, 2013, that India’s navy has began training over 500 Vietnamese submariners to handle new Russian Submarines acquired by Vietnam.It has offered a $100 million concessional credit line to Vietnam for purchasing patrol boats and is focusing on enhancing naval cooperation through joint naval exercises and working on issues of maritime security.

India has recently modified its “Look East” policy now and calls it “ Act East.” The president's visit to Vietnam appears to be a quiet step in that direction.