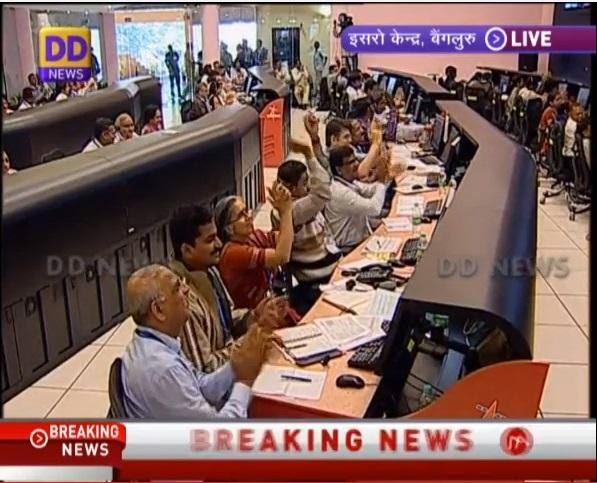 Do you know, what really touched my heart this morning, as I sat amazed watching the flood of congratulatory tweets flowing over cyber media to India's space research organization over successful insertion of India's Mars Orbiter spacecraft into a mars orbit, was a little conversation between two machines, who are near about Mars.

The first tweet came from the Mars Curiosity, which said;

Within minutes came back the reply; the first ever tweet from Mars Orbiter itself;

“ Howdy @ MarsCuriosity? Keep in touch, I'll be around.”

(For those of readers, who are not much familiar with rockets and space forays, MarsCuriosity is the car sized robotic rover that has been launched by NASA and has landed on the red planet on 6th August 2012 and continues to explore it. MarsOrbiter is India's Mars probe, that managed to capture Martian orbit just this morning.) 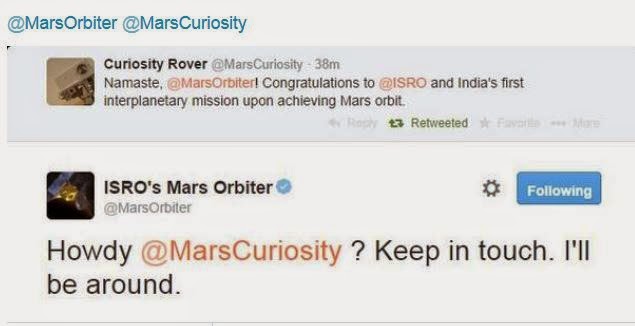 This little conversation, sounding like one from the audio script of blockbuster movie from Hollywood; “Transformers,” probably has as little significance as the imaginary blabber between two dolls, actually carried out by two children, who own the dolls and are playing together with them. Yet I found this little conversation especially touching, for the simple reason that it showed the human touch with which India's maiden Mars mission is being handled.

Mars Orbiter started its journey last year when on November 5, 2013, India's PSLV-C25 workhorse rocket lifted off from Sriharikota. with the spacecraft in its nosecone, The Mars Orbiter, popularly known as MOM, spent next 25 days in Earth orbit, making series of (actually 7) altitude-raising orbital manoeuvres before it was launched in an heliocentric orbit towards Mars on 30 November 2013. MOM managed to leave the Earth orbit after 5 days on December 1, 2013. Ever since then, MOM has had a perfect journey. As of 9 June 2014, the probe had travelled 460 million km in its path to Mars, and was about 100 million km away from Earth.

It approached the Martian sphere of influence few days ago after having travelled 680 million km. A test firing of its engine was carried out on 22nd September 2014 to confirm that the spacecraft was in perfect shape as its main engine had been idling for about 300 days since it left the Earth orbit. MOM did this in style, burning for the designated four seconds to show that the engine is in fine shape. 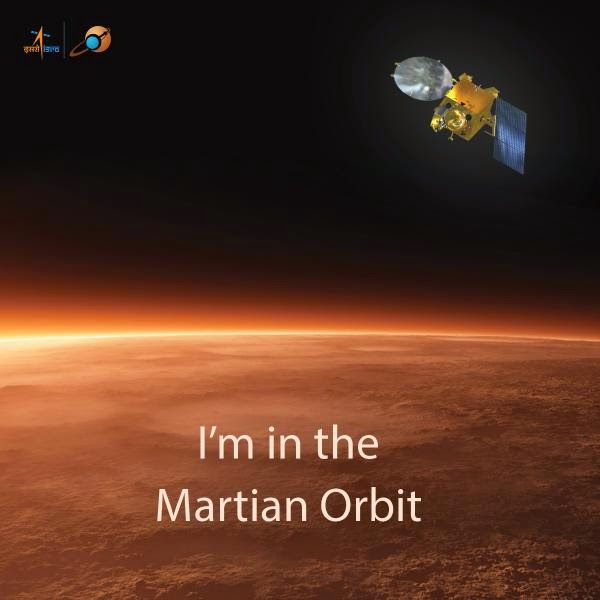 This morning, the spacecraft orientation was changed by 180 degrees so the same engine that previously accelerated the spacecraft would now slow it down. Around 7.30 AM Indian standard time, the main engine fired off and started slowing down the space craft. But within minutes. spacecraft went in the shadow of Mars, cutting off all communications. After an agonizing quarter of an hour, MOM again became visible. However confirmation regarding its slow down and having captured the Marttian orbit, reached home after another long 12 minutes. First signals confirming that MOM is in martian orbit, were received from Australian observation stations as expected. MOM was right on track and its engine had proved its resilience. 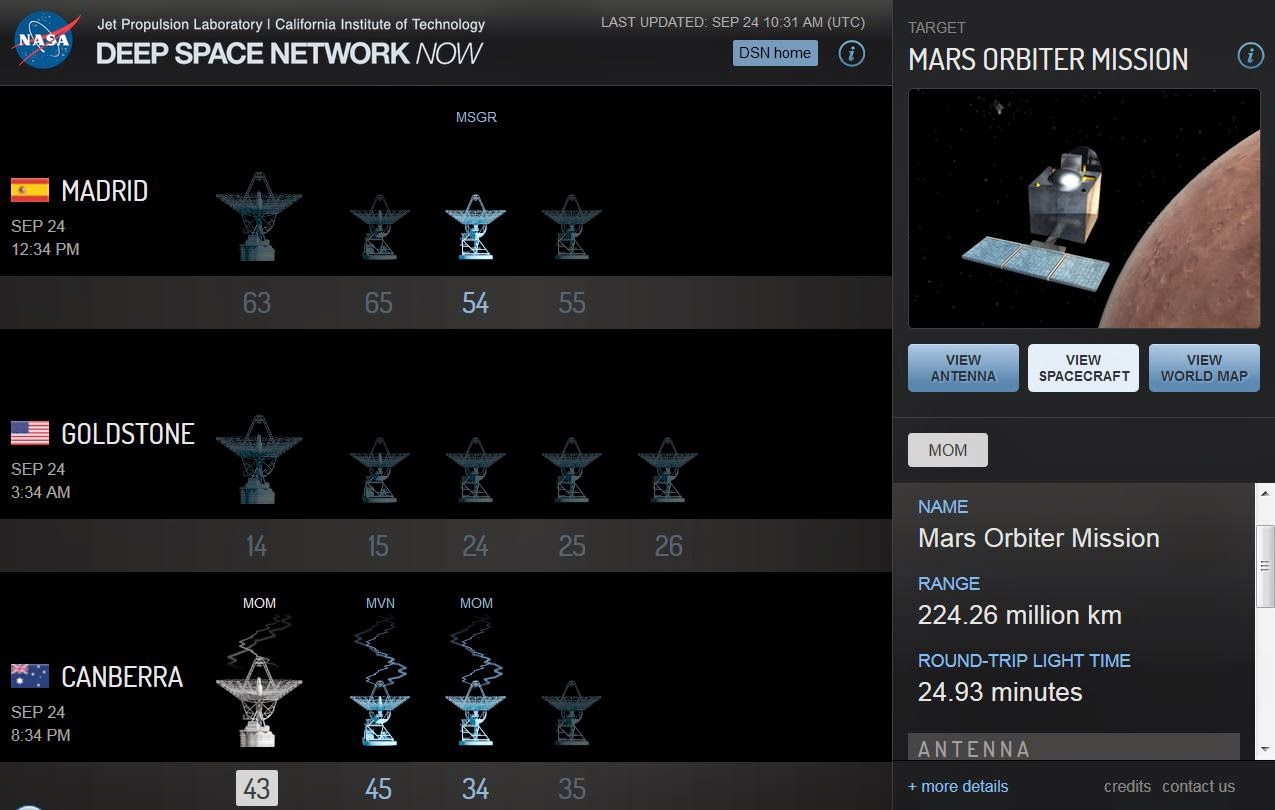 Anyone would agree that this is no ordinary feat. MOM has costed just 1/9th of what a similar US probe launched recently has costed to US. From 51 launches made by many countries, only 21 have ever managed to enter Martian orbit. No wonder that ISRO is flooded with congratulations from the entire country. 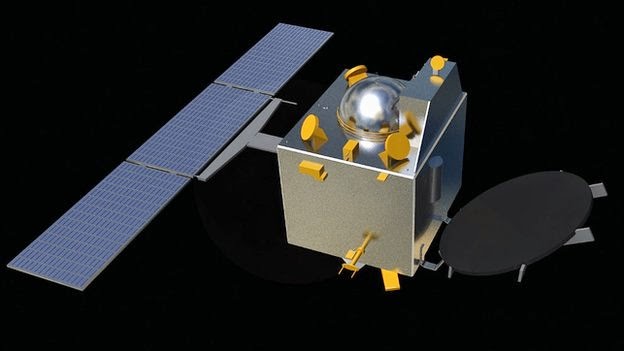 But the Human touch, with which the mission is being handled and about which, I mentioned earlier, was perhaps best illustrated by India's prime minister himself when he jokingly said to the applauding scientists at the ISRO Telemetry, Tracking and Command Network in Bengaluru; "MOM never disappoints," How true!