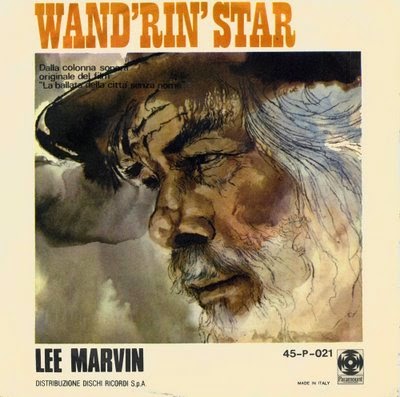 This week we have a song that reminds me of Bollywood's famous actor, Amitabh Bachchan, who had sung few songs for his films in spite of not being a singer.

“Paint Your Wagon” was a film produced in 1969. Actor Lee Marvin, who played a major role in the film, sang all of his songs in the film, in spite of him not being a natural singer. Even though the film became a box office flop, the soundtrack was a success. One of the tracks from the film "Wand'rin' Star" even became a number one single in the UK and Ireland for Lee Marvin for three weeks in March 1970.


If you can not see the embedded video on your android devices, here is the link. http://youtu.be/xnbiRDNaDeo You can also copy and paste the link in your You Tube App. If that also does not work, search You tube,Lee Marvin, Wand'rin' Star