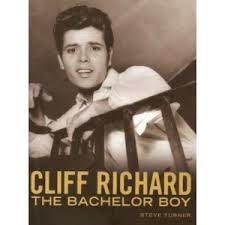 This week, we have another famous hit "Bachelor Boy" sung by Cliff Richard. This song spent three weeks at No. 1 in the UK Singles Chart in January 1963. Sir Cliff Richard is a British pop singer, musician, performer, actor and philanthropist. He has been a resident for most of his life in the United Kingdom, but in 2010 shifted to Barbados. Richard has sold more than 250 million records worldwide with total sales of over 21 million singles in the United Kingdom and is the third-top-selling singles artist in the UK's history, behind the Beatles and Elvis Presley.


If you can not see the embedded video on your android devices, here is the link. http://youtu.be/CQ6wuX9Wzr8 You can also copy and paste the link in your You Tube App. If that also does not work, search You tube,Bachelor Boy, Cliff Richard