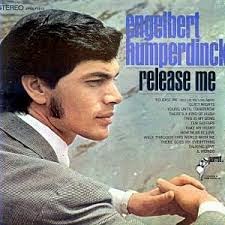 This week we have another song from Engelbert Humperdinck (born Arnold George Dorsey) a British Indian pop singer, best known for his beautiful and melodious voice. He was born in Madras, India, in 1936 but later moved to Leicester, England, as a child with his family, where he took an early interest in music.

If you can not see the embedded video on your android devices, here is the link. http://youtu.be/r2L7GkrQJE0 You can also copy and paste the link in your You Tube App. If that also does not work, search You tube, Engelbert Humperdinck, Realese me