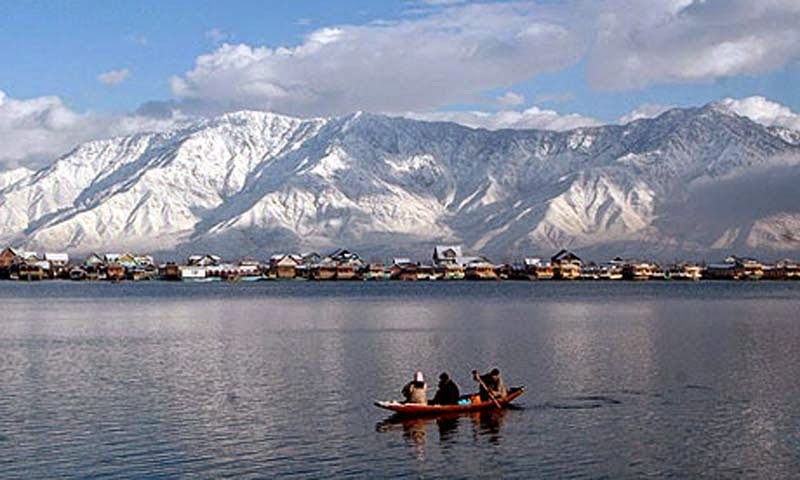 About 50 years ago, I had an opportunity to stay for a couple of months in Srinagar, summer capital of Indian state of Jammu & kashmir. During those months, I never let an opportunity go away to wander in the vale of Kashmir and managed to see the entire valley to the extent possible. In those days, Srinagar was not heavily populated like today and Kashmir was peaceful and there was no scare of any fundamentalist or terrorist activities. Whenever, it was possible, I used to go to the main bus station in Srinagar city and would catch a bus going to the destination, which I would have in mind.

During those days, my most favourite destination always was the Dal lake and the nearby areas. From the city, I used to go to an area known as Dal gate. This actually is a a weir and lock system from where, excess water from the lake is discharged in the Jhelum river, which winds and crisscrosses the city. From this point, a road goes roughly northwards and then westwards along the lake shoreline. The shore line of the lake, about 15.5 Km, is encompassed by a boulevard, lined with Mughal era gardens and parks, such as Chashma-e-Shahi, Shalimar Bagh and Nishat Bagh, houseboats, anchored along the shore line and hotels. Scenic views of the lake can be witnessed cruising along the lake in the colourful shikaras. I used to go for picnics in these gardens or go for swimming or water skiing in the lakes. I can still remember those moments of pure unadulterated joy even today. 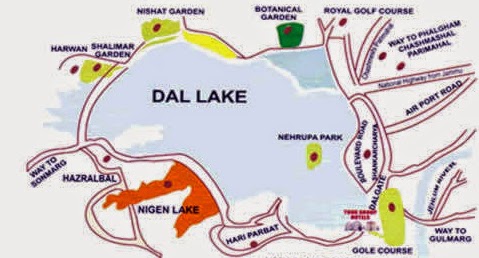 It saddens my heart to learn that this jewel of India has been converted into a marshy wetland by the recent floods that have destroyed the city. Unfortunately, the fact remains that the principle cause for this disaster is man made and not the nature. During last 50 years, things have changed drastically in Srinagar, creating almost an environmental disaster. Srinagar was then called as Venice of the East, because of a huge arterial network of channels known as “Nullah” and other smaller lakes like “Nagin” connected to Dal lake system, which covered an area of 18 square kilometres (6.9 sq mi) and an adjoining natural wetland of 21.1 square Km including the famous floating gardens. Unfortunately, over the years, this natural drainage system has been choked and blocked under the pretext of development, as has happened in many other cities of India including my home town Pune. One of the biggest blunders in this regard was the filling up of “Nullah Mar” from “Khanyar” to Chattabal” in 1975, as it was the larges excess discharge route from the lake to the river. 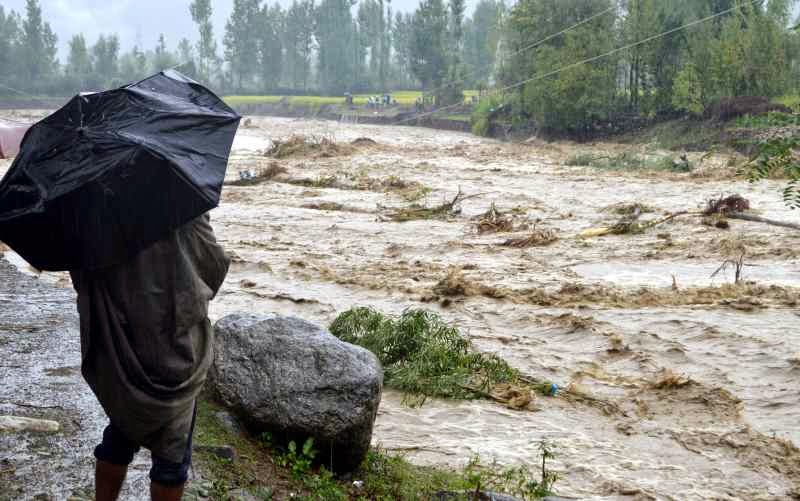 Another natural cure for draining of excess flood waters were the vast basins created by marshy wetlands naturally along the river path. During last 50 years most of these low ground level water basins, have been converted into posh localities such like Rajbagh, Jawahar Nagar, Mehjoor Nagar, Gulbarga Colony, Nowgam, Tengpora, Pir Bagh and Bemina. It is no wonder that during the recent floods, the water easily entered these posh localities, which were once marshy basins and since they are anyway lowlands and there is no natural drainage, water just stayed there.

Another man made environmental bumble has been caused by the newly built Kashmir railway. This railway built on an elevated bund, has effectively divided the Kashmir valley into two halves, the upper Kashmir and lower Kashmir. It is true that railway engineers have provided ducts under the railway track for water flows from streams, but they can not effectively drain out water from low lying areas from one side to the other side. That is why even after two weeks, the flood waters, which had reached levels as high as two-storey buildings in areas such as Nowgam and Lasjan, simply won't recede. 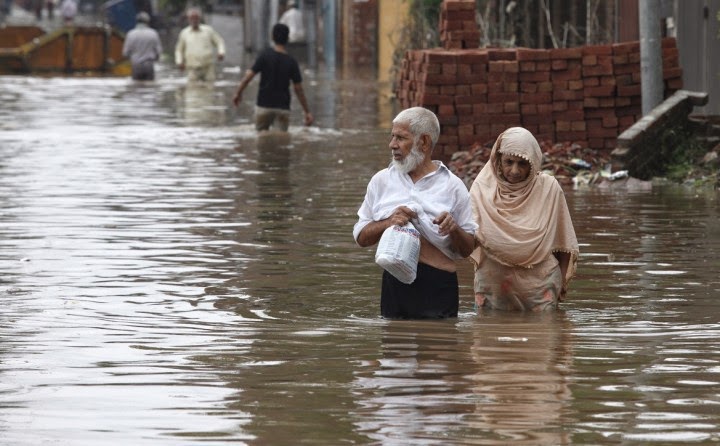 There is another cause of concern. Over the years, huge amount of silt has flown in the Dal Lake system. According to some estimates every year 80,000 tonnes of silt with 70% contribution coming from the Telabal nallah, settles in the lake. Successive Kashmir governments have, simply ignored the silt dredging, badly required for flood control.


In the year 2003, there was a great flood in Kashmir. The British had then seriously implemented a substantial flood management plan for Kashmir. A 41.70 km long flood water spill channel was built, that would take off with 17,500 cusecs of discharge from river upstream of the city and rejoin the river after bypassing Srinagar. Unfortunately Kashmir Government never bothered about possible eventuality of another flood like situation. On the contrary, they allowed damage of all natural drainage links freely. If any one is to be blamed for what Kashmir has turned into today, it is the state administration.

I am sure that Kashmir will rise like a phoenix again. But unless steps are taken to correct the flood drainage measures, we might see more such occurrences in future also.