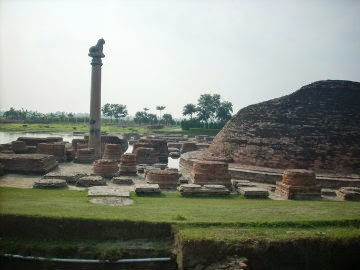 In the year 637, the famous Chinese monk Xuen Zang, during his travels in India, reached a place known as Nalanda, where the greatest Indian university of that time stood. This was the place, Xuen Zang had always hoped, would guide him to his true understanding of the Buddhist scriptures called Tripitika. In his earlier studies in China, Xuen Zang has been always dissatisfied with the quality of Buddhist texts available. This was because of many different interpretations of the scriptures, most contradicting each other. There was no one single standard version of the scripture. Different branches of Buddhism also complicated the process of interpretation. The followers of each branch had different views of the teachings, which were frequently disputed by members of different sects.

The University of Nalanda located in the present Indian state of Bihar, was a great seat of learning of those times. Xuen Zang is believed to have studied here for at least two years in the company of several thousand scholar-monks, whom he praises. He studied during his time at Nalanda, logic, grammar, Sanskrit, and the Yogacara school of Buddhism.

In his travelogue, Xuen Zang has given detailed description of the history of this university founded by Dharmapala, it's campus consisting of six monasteries built by six different kings and the high quality of the students. A French historian René Grousset, says that it was here at Nalanda that the:

"The Chinese pilgrim had finally found the omniscient master, the incomparable metaphysician who was to make known to him the ultimate secrets of the idealist systems.The founders of Mahayana idealism, Asanga and Vasubandhu, Dignaga, Dharmapala had in turn trained Silabhadra. Silabhadra was thus in a position to make available to the Sino-Japanese world the entire heritage of Buddhist idealism”

In fact, while describing the faculty at the university, Xuen Zang becomes greatly eloquent and says:

“But with respect to those of conspicuous talent of solid learning, great ability, illustrious virtue, distinguished men, these connect (their high names) with the succession (of celebrities belonging to the college), such as Dharmapala (Hu-fa) and Chandrapala (Hu-yueh), who excited by their bequeathed teaching the thoughtless and worldly ; Gunamati (Tih-hwui) and Sthiramati (Kinhwui), the streams of whose superior teaching spread abroad even now; Prabhamitra (Kwang-yeu), with his clear discourses ; Jinamitra (Shing-yeu), with his exalted eloquence ; the pattern and fame (sayings and doings) of Jnanachandra (Chi-yueh) reflect his brilliant activity ; Sigrabuddha (Ming-min), and Silabhadra (Kiai-hien), and other eminent men whose names are lost. These illustrious personages, known to all, excelled in their attainments (virtue) all their distinguished predecessors, and passed the bounds of the ancients in their learning. Each of these composed some tens of treatises and commentaries which were widely diffused, and which for their perspicuity are passed down to the present time.” 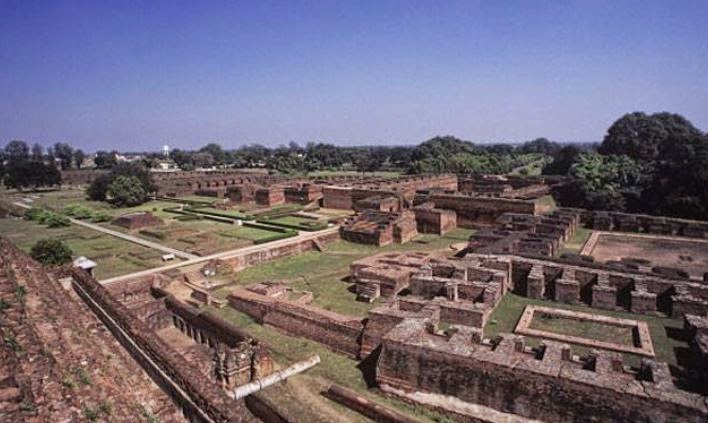 This great university or seat of learning was completely destroyed in 1193, by the invading Turkish army of Bakhtiyar Khilji, a general of Qutbuddin Aibak. The litterary evidence suggests that the Nalanda University library was so vast that it kept burning for several months and smoke from the burning manuscripts hung for days like a dark pall over the low hills. The cultural and historical loss to India can not even be imagined.

In the year 2013, Indian Government first came up with an idea of reviving this ancient seat of learning in collaboration with the 18 East Asia Summit (EAS) countries. Then prime minister of India, Manmohan singh, during his trip to Brunei in October 2013, had inked agreements with seven EAS countries — Australia, Cambodia, Singapore, Brunei, New Zealand, Laos and Myanmar, who pledged their commitment to the project. In November 2013, China committed $1 million for the project and Singapore, which has been the prime mover for this university pledged $5-6 million and Australia about $1 million Australian dollars. The federal Government of India has sanctioned Rs.2,700 crore ($445 million) cost for the university, to be spent over 10 years.

In May 2013, the Nalanda board approved the architectural plan of the university at Rajgir, 12 km from where the ancient Nalanda Univeristy stood till the 12th century, proposing a massive lake at the centre of the campus. A library, a huge dome-shaped structure, would come up in the middle of the lake and be half submerged. This design has been finalised perhaps, to honour the original campus of Nalanda, which French historian René Grousset describes as:

“where an azure pool winds around the monasteries, adorned with the full-blown cups of the blue lotus; the dazzling red flowers of the lovely Kanaka hang here and there, and outside groves of mango trees offer the inhabitants their dense and protective shade" 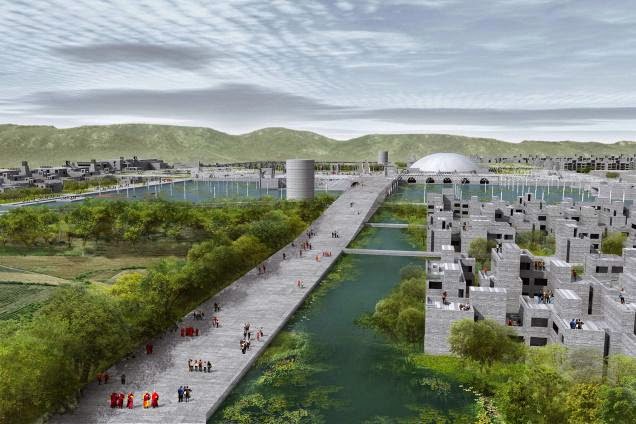 A three-day student orientation programme for the School of Historical Sciences and the School of Environment and Ecology for the first session 2014-15 actually commenced on 29th August 2014 in the makeshift campus.

Enthusiasm of the students from world, for this new university can be judged from the fact that more than a thousand students from various countries across the globe had applied for the seven schools on different subjects that will function at the university, of which only 15, including one each from Japan and Bhutan, were selected.

I am sure that all the readers would join me in welcoming this revived ancient seat of learning and hope that in near future, it would retrieve back the old fame and scholarship for which it once stood and about which Xuen Zang has written so passionately.