If you can't microwave, then bend it! 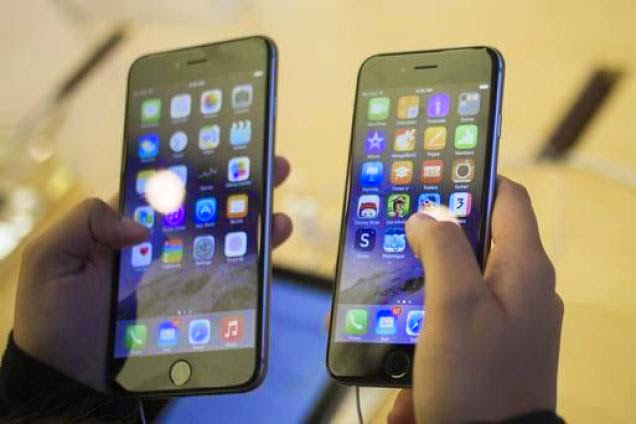 One of the best product launch shows of 2014 was undoubtedly the launch on 9th Septemberof Apple's new phones and the watch. The audiences world over watched with awe, as Apple's CEO Tim Cook unveiled two new phones and a watch on huge TV screens. In fact Tim Cook himself called the introduction of the iPhone 6 and 6 Plus as “best launch ever.” It is needless to say that for months before the launch, Apple had carefully teased the introduction of the new iPhones before debuting them. So great was the frenzy of demand, that pre-launch orders had topped 4 million. Within just three days after the launch Apple sold a record 10 million new iPhones. 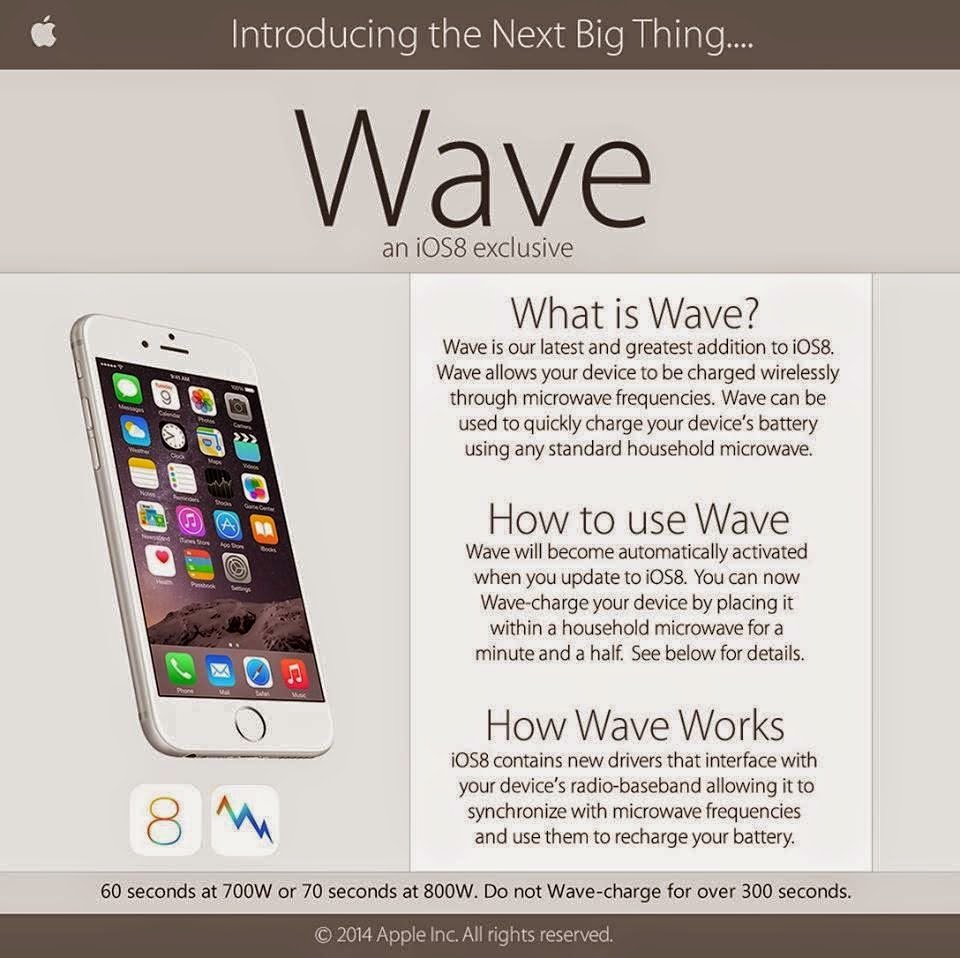 It was obvious that such frenzy and euphoria could not have lasted ever. First came the internet pranksters. Last week, a group calling itself as “the 4-chan group of internet sleuths” created a slick-looking advertisement that suggested Apple's new operating system, iOS 8, was so advanced that you could "wave charge your device by placing it within a household microwave for a minute and a half." The ad also cautioned users not to "wave-charge" for more than 300 seconds. Some other trolls said that iPhones are waterproof, its camera can see through clothes and the latest one that said that iPhone 6's are infected with Ebola. 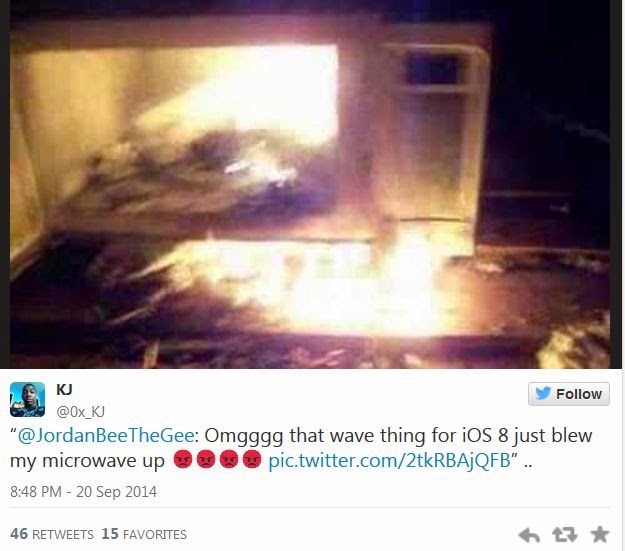 Some people in Australia falling for the hoax, actually microwaved their iPhone 6 with disastrous consequences and are now cursing the world. A twitter user, obviously unhappy with iPhones extra large screen size commented;

“The #AppleWave hoax is so amazing! There's no way this phone could fit inside a microwave oven.” 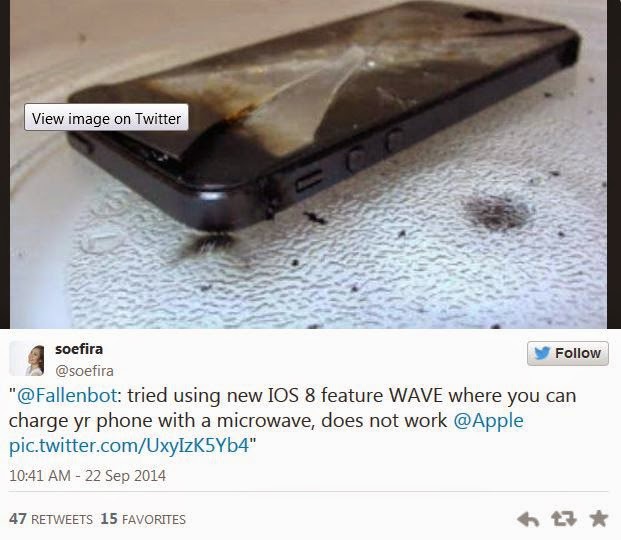 Then came the reports on social media that some iPhone 6 users had lost cellular connectivity after downloading iOS 8.0.1, an update that was supposed to remedy a glitch involving the company's new HealthKit apps. This time Apple responded promptly and removed the update from its app store shortly after the social media reports surfaced. Apple says that it is actively investigating these reports and will provide information as quickly as we can.

Apple now says that it has devised a workaround for iPhone 6 users, who lost voice service or other features. Users can reinstall the previous version of iOS to restore past functionality and Apple plans to release a new version of the operating system, iOS 8.0.2, in the next few days.

Then, another report came up. “Mac Rumours” is an Apple user website. It quoted one unhappy iPhone 6 Plus owner who spent 18 hours at a wedding (including eight hours travel) with the phone in the front pocket of his suit trousers. And found that his new phone was slightly bent. More users reported that the phone easily becomes bent when carried in a pocket. The new problem got so much of publicity on twitter that a new twitter hashtag: #bendgate has become popular. Pictures of newly-curved phones are being circulated online – though there is no way to be sure how they ended up like that. In fact, one blogger actually showed bending his iPhone 6 Plus on camera.

Responding quickly to both these issues, Apple released a new software update late on Thursday to fix the problem connected with software, which it says had affected fewer than 40,000 devices. Regarding bending issue Apple says that its iPhones feature stainless steel and titanium inserts to reinforce high-stress locations and use the strongest glass in the smartphone industry.

During my manufacturing days, I had learned that any new product launch, always had its own teething troubles and in spite of any amount of pre-testing the product, some new problems would invariably crop up when a product reached the consumer. It is quite amazing, that even for a company like Apple, same thing holds true.