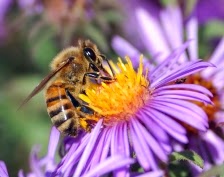 “ Sushruta ' was a legendary Indian surgeon and physician from the sixth century CBE, most likely, from the Indian city of Varanasi. He was the original author of one of three foundational texts of Ayurveda (Indian traditional medicine). His original text is however lost and what we have is text preserved in 3rd or 4th century CE. The Sushruta Samhita, in its current form, contains 184 chapters and description of 1120 illnesses, 700 medicinal plants, 64 preparations from mineral sources and 57 preparations based on animal sources.

Being a surgeon, Sushruta was quite aware of the importance of body wound management and the means to cure them. He describes Shashthi Upakramas (sixty measures) for Vrana Ropana (wound healing), one of which is the application of Madhu (Honey) to the wound.

Many years ago, I was visiting an old fort -of medieval times- in India. I found at one place, water well alike pits dug in stone. Our guide had told us that these were for storing old Ghee ( boiled butter) and honey. Naturally, I had asked for the purpose for this storage. I was told that it was stored for application to the wounds of soldiers hurt in the battles and skirmishes with the enemy. I was told that in those days these two ( Ghee and Honey) were the only effective medicines to treat the wounds as they prevented any kind of infections and cured the wounds fast. I had found the story very interesting but rather hard to believe.

This ancient theory of body wound management has been now scientifically proved to be correct. So far scientists were not able to figure out what gives honey its antimicrobial properties. However, a team of researchers from Lund University in Sweden have found out that natural honey after all, has this magical power to prevent any bacterial infections and cure the body wounds. They have identified a unique group of 13 lactic acid bacteria (LAB) that come from the honey stomach of bees, and are found in fresh honey, that have an impressive ability to fight pathogens. The honey stomach is one of two stomachs found in bees, and it stores nectar, which worker bees later suck out and store in the hive.

This discovery is of real significance as resistance to antibiotics is becoming an increasingly serious issue. In April 2014, the World Health Organisation has declared it as a major threat to public health.

Lund university scientists have found out that these live bacteria in honey together produce a number of active microbial compounds, such as hydrogen peroxide, fatty acids and anaesthetics, that can kill other harmful bacteria. They are sure that this is the formula that protects the bee colony against collapse. 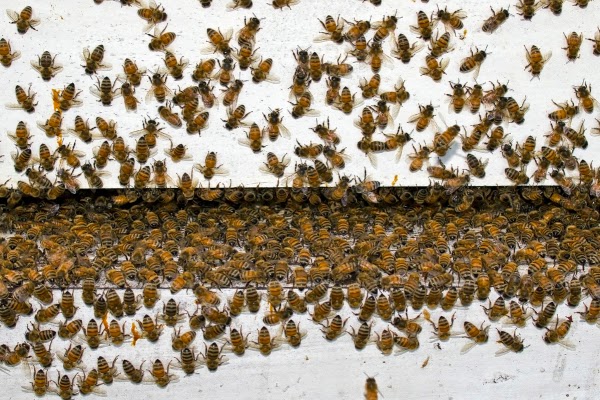 According to results published in the International Wound Journal, the Swedish team tested the bee bacteria in the lab against pathogen strains that cause serious infections in humans, including methicillin-resistant Staphylococcus aureus (MRSA), which can lead to fatal staph infections. The honey bacteria were added to these superbugs and, impressively, it counteracted all of them. The scientists also mixed the lactic acid bacteria separated from honey again with honey and applied it directly to horses who had wounds that wouldn’t heal and had been resistant to other treatments. After using this honey, all the wounds healed up. These lactic acid bacteria are so powerful because they produce a broad range of substances, which change in response to they pathogen they’re up against.

The report also says and I quote;

"Today, due to overuse of antibiotics and emerging antibiotic-resistant pathogens, we are facing a new era of searching for alternative tools against infectious diseases. Chronic wounds infected by pathogens are subjects for intensive research efforts because of the bacteria's ability to sustain antibiotic treatment and maintain chronic infections".

"Less than a decade ago, we discovered a large unexplored bacterial microbiota in symbiosis with honeybees and located in the honey stomach. The novel microbiota is entirely composed of approximately 40 lactic acid bacterial strains with 13 taxonomically well-defined Lactobacillus species. Certain species within LAB may produce bioactive compounds such as organic acids, free fatty acids, ethanol, benzoate, enzymes, hydrogen peroxide, antimicrobial peptides and antibiotics. These qualities together result in a wide inhibitory spectrum against pathogens".

Tobias Olofsson, the lead author of the study, has this to say and I quote;

"Antibiotics are mostly one active substance, effective against only a narrow spectrum of bacteria.
When used alive, these 13 lactic acid bacteria produce the right kind of antimicrobial compounds as needed, depending on the threat. It seems to have worked well for millions of years of protecting bees' health and honey against other harmful microorganisms. However, since store-bought honey doesn't contain the living lactic acid bacteria, many of its unique properties have been lost in recent times."

This means the bottled processed honey does not contain these bacteria and applying it to the wounds would be futile as it would not heal the wounds. What we need is fresh, unprocessed honey and we should stockpile unprocessed honey as our ancestors did. Further research in wider clinical use against topical human infections as well as on animals would be the next logical step.

Indian medical system of Ayurveda has many such wonder cures and Indians commonly used to use them till a generation back. The honey therapy was one of them. What is badly needed is scientific investigation and separating out exact constituents that act as a cure in a natural product prescribed by Ayurveda for treatment of specific diseases.