China agrees to a new route for Kailash pilgrimage 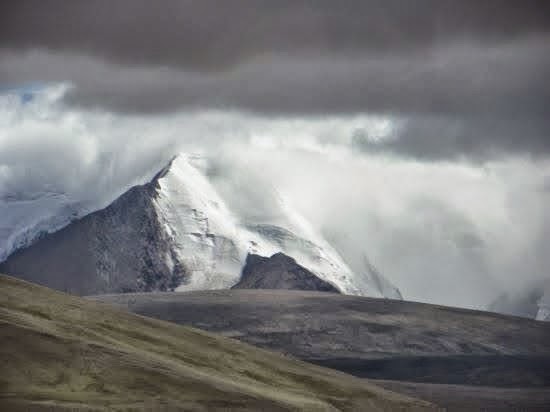 If there is one pilgrimage that Hindus want to make in their lifetime, it is the pilgrimage of Kailash mountain located in Tibet. The mountain peak of Kailash and the large reservoir of water, at the foot of the mountain, known as 'Mansarovar,' are the most sacred places for Hindus. Both these places are located in western Tibet and are also equally sacred for Tibetans, who follow Buddhist religion. Travelling to Kailash from India till last year was done by most of the pilgrims by direct India-Tibet land route. Journey on this route was done in parts by a vehicle and balance on foot. The initial part of this journey was done by a vehicle on a motorable road which went through the towns, Almora, Dania, Pithoragarh, Dharchula, Tawaghat and Narayan Ashram. From here the trek began with pilgrims walking along the 'Kali' river up to Kalapani. A tough trek of 9 Km to Navidhang and then a further trek of 8 Km took the pilgrims to the Lipulekh pass (5334m) located on the international border and crossing it took the pilgrims to Tibet. Here the Tibetan/Chinese authorities would welcome them. They walked down to Chang Lobochahela and from here by truck and bus they reached the old trading town of Taklakot (Purang), which is situated on the banks of the Karnali river. Onwards journey to Kailash was done by a bus. This travel was considered as one of the most arduous and strenuous, even for a fittest person. Because of this, Indian Government had made it mandatory for the pilgrims to undergo strict medical check up before they were allowed to go. 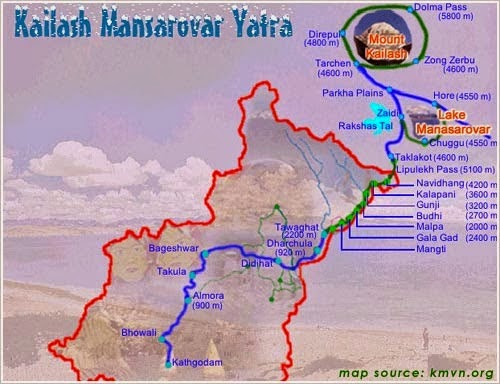 Things changed last year when a 60-meter-long road bridge at Kanchyoti village between Dharchula and Narayan Ashram and large portions of road in the nearby Tawaghat area were washed away in flash floods. This affected the Kailash pilgrimage to such an extent that last year that the number of “official” pilgrims was reduced just to just 51. An alternative route was planned that would connect Tawaghat to Sirkha and Gala, the first and second Indian base camps of the pilgrimage. However part of this route from Tawaghat to Gala runs along the Kali river and is believed to be prone to landslides. Also this alternative route between Tawaghat and Sirkha has a 19-km-long, steep trek. The authorities consider it as risky and unsafe for pilgrims. 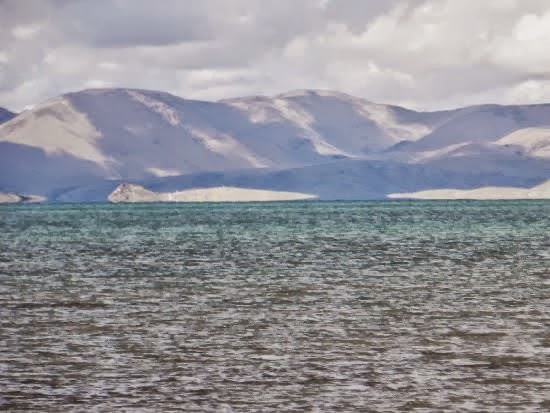 Meanwhile Government is also trying to repair the original route. The Border Roads Organisation (BRO) and PWD are handling the repair and construction work in the area along with the Indo-Tibetan Border Police. The plan is to build a 124-meter-long road bridge in place of the one washed away. However, considering the pace at which this work is progressing, it is doubtful whether the road would be ready soon.


There is an easier way to Kailash also , via Nepal, where a bus can take you all the way. But this travel is an expensive proposition and not many pilgrims are willing to take this up. Realising the hardships faced by the pilgrims wanting to do this journey, India's Prime Minister Narendra Modi suggested that a new route to Kailash may be opened by China to Chinese president Mr. Xi JinPing, during their meeting on the sidelines of the BRICS summit in Fortaleza, Brazil, in July 2014. 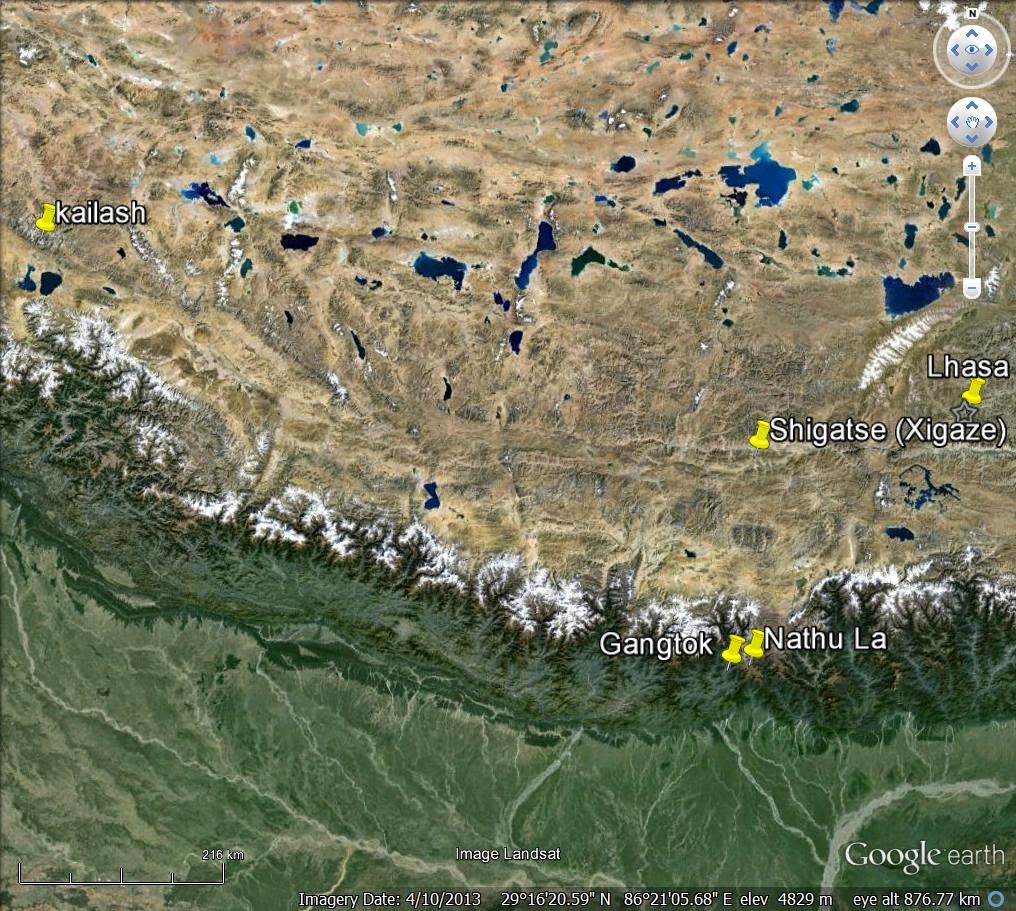 Responding positively to this matter, China has just announced that a new route would be opened up soon to Kailash via Sikkim, rather than Uttarakhand route of present. This new route would cross the international border near Nathu La in Sikkim and will traverse through the city of Shigatse to Kailash. The entire route to Kailash would use motorable roads. This will help older pilgrims, who will be able to drive up to Kailash instead of walking or using mules. Shigatse is also now connected to Lhasa by a high-altitude railway line, which was inaugurated in August 2014 itself. The gesture has great political significance,given China’s sensitivities over Tibet, and denotes a new confidence in opening up parts of the region to people from outside. 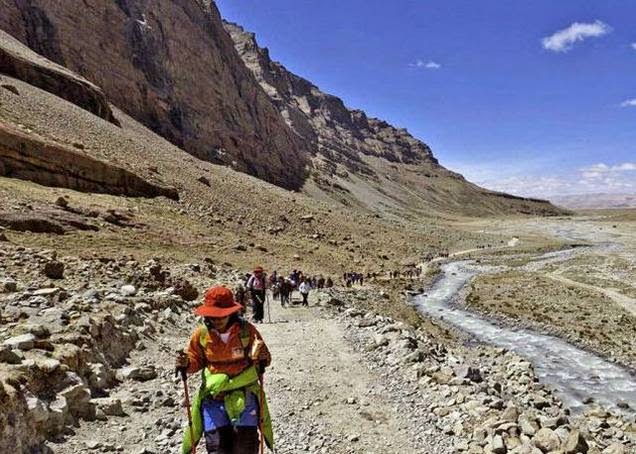 Opening of this route would bring big relief for Kailash pilgrims because not only the journey would be safer, it would also be cheaper, faster and less arduous. A positive and welcome news for Indians.