Anarchy on roads and need for a strong deterrent punishment 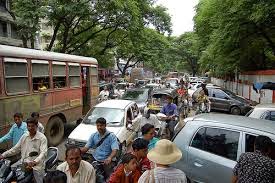 I live near a road junction, that remains extremely busy during working hours. Two important arterial roads, carrying heavy traffic, cross here with the result that traffic jams occur very frequently. My home town Pune, has grown from a sleepy town known as an educational center and a pensioner’s abode of 200000 people, to an industrial metropolis of 5 million inhabitants, just during my lifetime. The city has developed its own peculiarities or fault lines because of this rapid unplanned growth.

The roads are narrow, not designed to carry heavy traffic loads and no proper public transportation system was ever thought off and launched in the city. What we have is a patchwork of bus services that are totally inadequate for the number of commuters travelling in the city on any working day. This and the phenomenal rise in the affluence of people, has led to an impossible ratio of motorised vehicles (both 2 and 4 wheelers) to city inhabitants. There is a motorised vehicle for every alternate city inhabitant.

Few decades ago, Pune, then known as bicycle city, was a disciplined place. In spite of huge number of bicycle commuters, the traffic police kept a tight leash on traffic offenders and traffic miscreants. I remember that simple traffic offences like riding a bicycle without a head light during night or not fixing a light reflector on rear mud guard were punishable offenses and people used to be fined. More than two bicyclists were not allowed to ride sideways. Even carrying another person on the bicycle, known locally as double seat, was not allowed.

Things have changed for the worst during these decades. The common traffic offences like jumping a signal, travelling in wrong direction on a one way street, parking the vehicles in no-parking zones, not wearing helmet or seat belt, have become so common on roads that one might be fooled to consider that these are no longer valid traffic offences. Drivers in the city have become notorious for not following traffic rules, habitually ignoring red lights and weaving dangerously through heavy traffic without giving proper signals. During last decade, in spite of phenomenal rise in number of vehicles, number of traffic police personnel has remained stagnant. Even when police personnel are present, they can hardly do anything to control the traffic, because the nouveau rich think that everything can be purchased with their wealth and behave with extreme rudeness with police, sometimes even manhandle them. 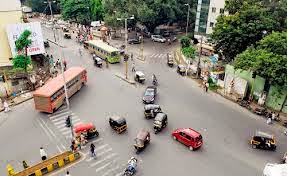 Besides this new found arrogance of youth, another important reason for this indiscipline on roads happens to be almost non deterrent nature of fines currently imposed. A paltry sum of 100 rupees (US$1.4) is imposed as fine for most of the traffic rule violations. Added to this are the problems related with lax enforcement of rules by authorities and the ever present corruption. Traffic control personnel are frequently bribed to overlook an offence, even learning licenses can be obtained cheaply without any pre-qualification or screening. Many roads in Pune do not have footpaths or any road signs indicating speed limits. Vehicles are not tested for road worthiness, even when there are two federal Government laboratories in the city, that are concerned about roadworthiness of vehicles and road safety. Yet there is no government agency in Pune , in charge of overall road safety.

Though, it can no way be considered as a consolation, my home town Pune is not unique or can not be singled out as far as this new found lawlessness is concerned. According to my understanding, more or less same situation prevails throughout the country exactly for the same reasons that I have outlined above. The net result of this road anarchy is that there are large ( 130,000 last year) road fatalities and an economic loss of an estimated US$20 billion a year. The World Health Organisation has estimated that road accidents cost India about 3 per cent of its economic growth every year. 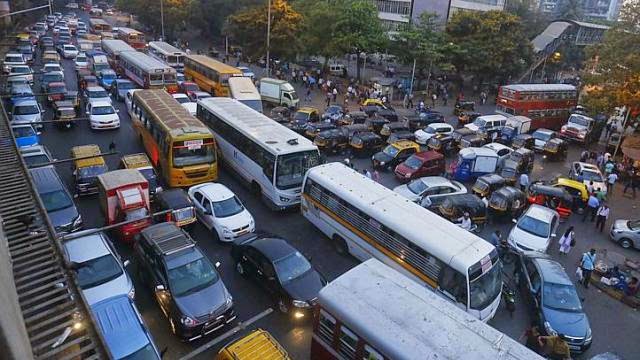 To remedify the situation, India's federal Government has just published a new legislation on its web site and says that it would go parliament approval in coming winter. According to this legislation;

“ It will enable the establishment of a national Road Regulation and Safety Authority to oversee issues including vehicle design, maintenance and safety, the promotion of new technology such as electric cars and effective management of traffic to ensure pedestrian safety.

It will introduce a demerit-point system similar to the one in Singapore, where every offence adds up. Drivers will be slapped with a one-year suspension if they accumulate 12 demerit points.

Jail terms will also be increased, with the stiffest sentence running up to seven years in prison and a fine of 300,000 rupees or more for causing the death of a child. The government hopes the measures will force motorists to toe the line, but experts say they will work only if accompanied by strict enforcement.”

India's minister in-charge says that the legislation has been drafted after thorough research of existing practices in countries like the US, Canada, Japan, Germany, the UK, Singapore and Australia. There is no question in my mind that this new law would certainly bring in more deterrent punishments for habitual and first time offenders alike. But some feel that the changes would only lead to higher levels of corruption.

There is also a feeling that better infrastructure and mechanisms, like setting up of surveillance cameras will be required to track offences and curb violations. It should not be left only to the traffic police and enforcement officials, otherwise things will continue to be anarchic. No doubt, there is sense in this logic, but the country needs a strong deterrent in any case.

I personally feel and hope that the new legislation becomes a law at earliest and first few offenders are fined as soon as possible. The new law might be just what the country needs.