A war of Maps over south China sea 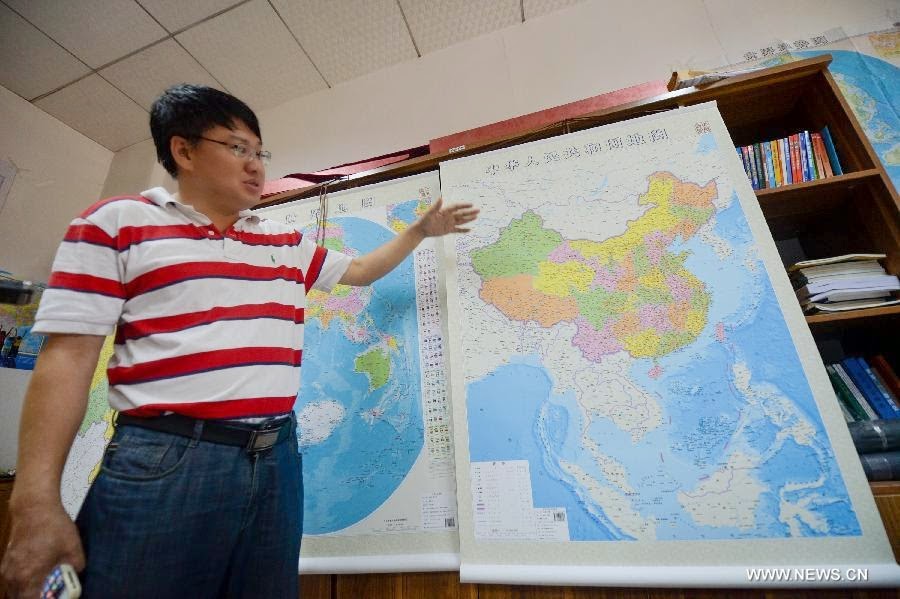 About 3 months ago, I reported to the readers about release of a new geographical atlas or a map by China, which showed that country as a continent. The new map, styled in a vertical fashion, showed China in the map very similar to United States. The map also showed China's claims on Indian soil as well as on the South China Sea ( the disputed areas including its numerous islets and reefs) appear like its national territory. More about the history of Chinese claims can be accessed here in another blogpost of mine; Expansionism not in Chinese DNA. 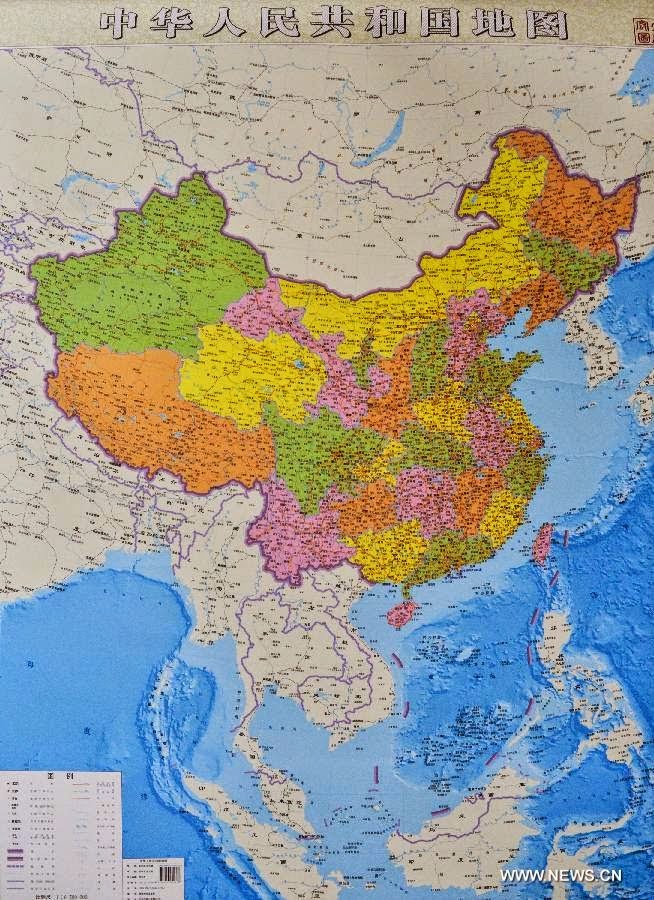 In this vertical atlas, Chinese cartographers had put in an imaginary curve consisting of a 10 dashes covering almost all areas of South China Sea and claimed that all areas under the line to be Chinese Territory. To be specific, nine dashes were shown in the South China Sea while the 10th was placed near Taiwan, purportedly to signify it as a province of China. China's so-called nine-dash line claims 90 per cent of the 3.5 million sq km South China Sea in a tongue-shaped encirclement.

Chinese have produced in support of their claims, some historical facts, which they claim are true. Chinese claims are mainly concentrated around five areas ; Dongsha (Pratas), Xisha (Paracel), Zhongsha (Macclesfield Bank), Nansha (Spratly) and Scarborough Shoal in the north. China says that it gained "effective jurisdiction" over waters off the five island groups, when the ancestors of today's Chinese, first sailed there more than 2,000 years ago. It says that its naval forces exercised jurisdiction over Dongsha and Xisha islands during the Tang Dynasty (618-907), and that by the Song (960-1279) and Yuan (1271-1368) dynasties, over Zhongsha and Nansha. Their reach covered all the islands during the Ming (1368-1644) and Qing (1644-1911) dynasties, establishing China's maritime boundary in the South China Sea. China has been insisting that Scarborough shoal is Nanhai island, where Chinese explorer Guo Shoujing built a celestial observatory in 1279. China also uses the sea voyages of legendary Admiral Zheng He, from 1405 to 1433 as a basis for its claims over the South China Sea.

Out of these island groups, the Paracel islands named as Xisha by China are also claimed by Vietnam and Philippines lays claim to Spratly islands that China names as Nansha and also the oil-rich Scarborough Shoal to the north, as part of Philippine territory. In March 2014, the Philippines submitted to an international court in the Hague a 4,000-page memorandum disputing China's so-called nine-dash line.

To support it's case, Philippines now proposes to submit now another lot of about 60 ancient maps dating back to the Song Dynasty of China as secondary or corroborating evidence to a United Nations tribunal. 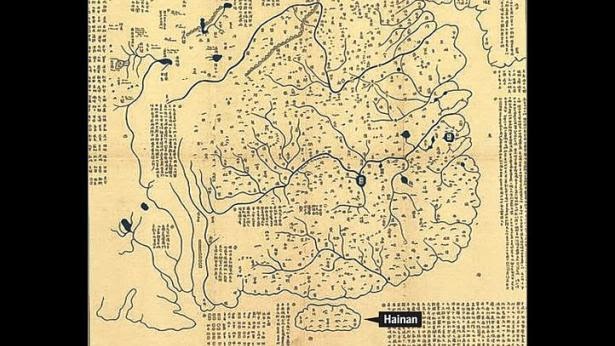 
One of the maps dates back to year 1136. It identifies Hainan island as China's farthest southern territory. The rest of the maps show that since 1636, cartographers from Spain, France, Germany, the United States, Britain, the Netherlands and the Philippines have drawn one of the disputed islets in the South China Sea, the oil-rich Scarborough Shoal, as part of Philippine territory. Most of these maps are also part of the US Library of Congress' archives. Philippines says that the maps clearly identify China's southernmost territory as Hainan island, not James Shoal 1,700km further south into the South China Sea, or Nansha islands in the Spratly chain of islets, atolls, reefs and shoals. 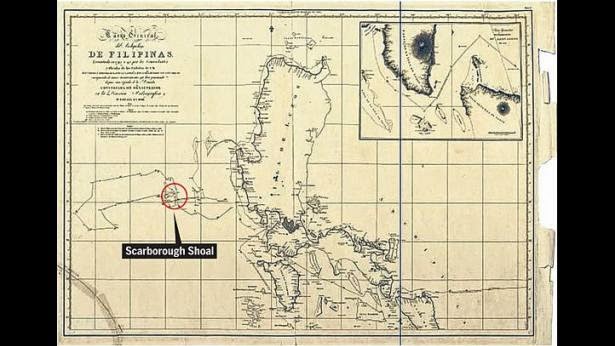 MAP OF THE PHILIPPINES (1808): Published in Madrid from the surveys of the Malaspina Expedition.

An associate justice of the Supreme Court in Philippines,Mr Antonio Carpio, says that China itself had also placed Nanhai in the Paracel islands 722km from Scarborough. Therefore it is "quite ridiculous" for China to say that Chinese explorer Guo Shoujing built a celestial observatory in 1279 on Nanhai island Scarborough shoal, which in any case was barely just above water. He says China cannot claim the South China Sea in much the same way that India cannot claim the Indian Ocean, or Mexico the Gulf of Mexico.

The real question is whether China would heed or bother to any evidence at all as it appears to be in a belligerent mood so far refusing even to consider what other nations have to say. Meanwhile the war of maps goes on.