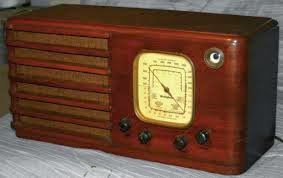 During my college days, listening to music of my likes was nothing short of an Herculean task. Many readers might think this statement to be a particularly bad example of superlativity or extreme exaggeration. But let me assure the readers that it is not so and allow me to explain! In those days, there were really only three options for listening to music. Firstly one could tune into a radio station, secondly listen to a gramophone record or the last option was to attend a live concert.

The first option of listening to Radio was more or less ruled out in my case. We had a “Westinghouse” brand valve radio in our house all right. But, my father controlled it and he never allowed it to be used for playing anything except for Classical music and news. Being young, I naturally loved music from Bollywood films ( By the way, I still do that!) That kind of music was strictly a taboo in our house and besides, ”All India Radio;” the only radio station available in those days, hardly played Bollywood songs at all as they were considered as no real music. The Bollywood songs were played only on “Radio Ceylon,” the commercial channel, transmitted by Sri Lanka broadcasting corporation from Colombo. This channel was transmitted on short wave band, which meant that the signal would keep on wavering all the times and would be worst in day time. Since, “Radio Ceylon” was a banned entity in our house, only way for me was to catch and listen to bytes of music, when passing bye Irani restaurants or Pan shops, which kept their radios blaring with film music all the time. But this listening at most could at the most last a few minutes at a stretch. 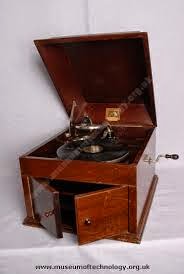 The second choice of listening to Gramophone records was again non existent for me, because we never had a phonograph in the house. My only choice was to visit my two friends, who had such a machine in their residences. However, here too the choice would be limited as they mostly had music from old Marathi theatrical plays and classical music. Obviously no film music.

The third choice of attending live concerts was also out of bounds again as far as I was considered. Firstly, it was against social norms for a school or college going kid to attend live music concerts, which were essentially society gatherings. Even my parents rarely attended such events. Only much later, when I became financially independent, I could indulge in the luxury of buying tickets for concerts.

But it is also true that even with all these insurmountable obstacles and difficulties, we were still able to catch latest popular tunes and songs. I do not really remember how we did it? But it used to happen all the time. I think that the mental process would start, when I heard a line or a chord or a beat on radio for few seconds that would enchant me. The small fragment of music would stay in my mind all the time as I would hunt for the title or the name of the film, finding which, was no easy task at all. Yet slowly but surely, the details would fall in places, the title, the singer, name of the film and the title of the Gramophone record containing that piece of music would become clear. 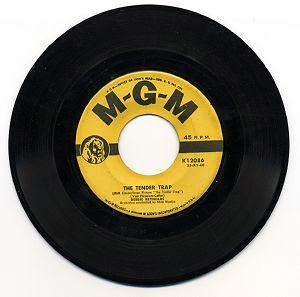 Then, I had to look for friends, who also happened to have caught on that song and wanted to listen to it badly. When I would find five or six such guys, we would collect our resources and troupe in to a place known in those days as “Music Library.” There was one such place near my college on Ferguson College Road: in my home city of Pune. The place had a stock or Gramophone records and a record player amplifier set up. There used to be 3 or 4 small cubicles in the shop with seating arrangements for a few people. We would go and crowd in a cubicle and order the song we wanted to hear. The song would be played on the speakers in the cubicle and we would listen to it with our souls in our ears. After the song was over, we had to pay 4 Annas ( an old Indian currency coin, 1/16th part of a Rupee) for it, an astronomical sum for us in those days. Since the amount would be shared by 4 or 5 of us, I could somehow manage it from my meager pocket money.

The songs from films of legendary Raj kapoor as well as the evergreen hero Dev Anand were extremely popular so also the songs from British Singers like Elvis Presley or Beatles. I remember a particular tune that I liked and was titled as “ Colonel Bogey.” It was a marching tune and had become extremely popular because of the film “ Bridge on the River Kwai.” I must have listened to that tune with my friends scores of times.

These days also, a tune does catch my ears, though only occasionally, because they no longer produce that kind of enchanting music that I love. (At least I feel so!) But it does not take any great efforts to hunt for the tune with our multi-channel, multimedia exposure. In most of the cases the tune or song can even be downloaded and heard to heart's content almost immediately.

But to be honest, I still miss that old thrill and joy of discovering an enchanting piece of music, only a fleeting few fragments of which, I might have heard to begin with. The music fragments would stick to my brain and would not allow me to rest unless I found the song and finally would come the exhilarating experience of the discovery of the song and listening to it to heart's content again and again till the song became stale. Perhaps the hunt itself was more thrilling and worth while than the song itself because of the scarcity of the sources of music.