The speech, India waited for 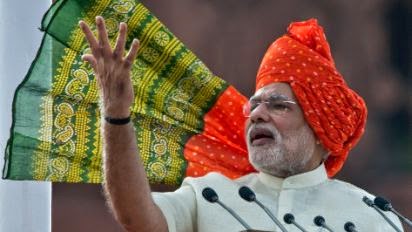 I have witnessed almost all of India's Independence day celebrations so far, leaving aside first few ones, when I was too young to understand even meaning of freedom and independence. Every year on independence day, India's prime minister traditionally address the nation, from the ramparts of the red fort, situated in the heart of its capital New Delhi- a sort of “state of the Union” address. Historically speaking, the significance of this speech, where prime ministers make major policy announcements, was always lost to most of Indians till 1980's for the simple reason that there was no way in which people from far flung regions of India could participate in this event of national pride being held at Delhi. The event remained more or less a localized occasion in New Delhi alone.

During 1950's, we did not even have a radio transmitting station in my home town Pune. The only radio station nearby was in Mumbai, which usually carried the prime minister's speech live. But there used to be one problem. Obviously, in those years, there were no satellite or optical fiber microwave links between Delhi and other places, so Mumbai radio station, transmitting on medium wave band , would relay the prime minister's speech picked up by its radio receivers on short wave bands. Any of the readers, who have listened to a short wave band radio station, would remember the waxing and waning that is inherent with any short wave band broadcast. My father used to have an ultra sensitive radio receiver, which he had bought from second world war surplus junk market. The reception on this set, pecked up directly from Delhi transmitter, used to be slightly better, than the one relayed by Mumbai, but still very poor. We could only catch, what the prime minister said, when the signal waxed or was on ascendance. Then there was a problem of understanding the Hindi language, as I was not very proficient in it. In spite of the difficulties, I still remember the wonderful rhetoric of Prime minister Jawaharlal Nehru coming on short wave band radion on independence days.

After the speech was over, that used to be the end to it. There were no discussions, no analysis, no looking through the lens, because India' tightly controlled Radio, based on soviet era ideas, never allowed any political discussions and prime minister's words were always sacrosanct. The actual report on the independence day speech by the prime minister therefore, would be available to us only on the third day or 17th August for the simple reason that no news paper would be published on 16th. By this time the significance of the speech would have been lost and its impact would have faded. Nehru died in 1964 and with him was gone the interest of people like me, to listen to any independent day speeches.

In 1975, the then prime minister announced a national emergency and suspended fundamental rights of citizens. Most of the opposition leaders were put in jail. Though this was revoked in 1977, I never ever felt again like listening to the prime minister's speech even up to last year (2013). It became just a happening for me, like majority of us, where we were neither interested or concerned and when we simply turned off our radio or TV sets. 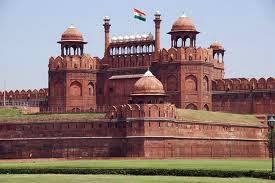 On the radio and TV linking scenario, the things changed only in 1980's, when microwave links and television stations were established around the country. We could actually see the prime minister making a speech from red fort. However the charisma of Prime minister Nehru no longer was there and independence day speeches remained out of my bounds.

In 1999, I did feel like listening to the prime minister, when Prime minister Atal Bihari Vajpai was at helm. Though an excellent orator, he did not change the set boing pattern of the independent day speeches of listing and ranting achievements of the Government and making tall claims of launching grandiose schemes. Because of this, even his speeches became dull and not something to look forward to.

This year, India elected a new prime minister; Narendra Modi, who is a fantastic orator. In the first place, he has a mastery and command over the language, which he uses; Hindi. His diction (the choice and use of words and phrases) is almost perfect. He uses almost every trick of the trade in the delivery of words like volume, emphasis and inflation. Most of the time, he appears to be communicating with the audience instead of giving sermons. Yet, all this trickery only does not make his speech brilliant. It is the content of the speech that is the king. I have yet to hear a speech from him, which does not give a message of relevance to the audience. He is full of new ideas and innovations.

Like millions of other Indians, I was therefore very keen this year to listen to our new prime minister's independence day speech, as for last two and half months, since he got elected, he has been keeping quiet, perhaps busy with his assignments. I, perhaps due to my apathy of decades to independence day speeches, did not even know the time, when he would be speaking. I therefore switched on TV, first thing in the morning just to find out the timing of the speech and promptly switched it on again at the stipulated timing.

To say the least, Prime minister did not disappoint me at all. In fact he was brilliant. The setting, the weather, the crowd, everything was perfect and so was his speech. Most of the common people like me must have also thought so. I am saying this after reading hundreds of tweets pn the subject. Here are some of the tweets that I have picked up from a torrent appearing on twitter.

The Red Fort Speech by Shri @narendramodi was the most inspiring in recent times. Energy, patriotism and Josh. Happy Independence Day.

Hv bn hearing PMs at Red Fort frm Indira's. time This is 1st time am hearing what had always wish to hear.

After a long time Red Fort must have felt good today.:)

After 10 years,ppl were eager 2hear #modispeech from red fort on d eve of independence day of india.inspiring speech will definately do best

Modi's has broken all the barriers between common citizen and himself. After ages have heard apolitical speech from Red Fort.

Never heard a PM speech from Red Fort like this, in last 2-3 decades. Acchhe din aayenge ! 100%

I was awestruck/floored by the Ex tempore speech of our PM Modi during I Day from the Ramparts of Red Fort.We will progress soon.

We witnessed a statesmanly, spell-binding and inspirational address to the nation, by the Hon’ble PM Modi ji, from the historic Red Fort.

I think that should suffice. One thing is certainly clear. As long as this man is at helm, I am not going to miss an independence day speech for sure.