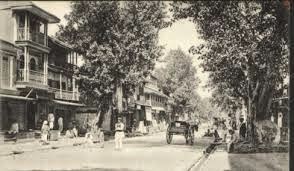 I passed my school leaving or matriculation examination in 1959. All of my classmates then scattered and went away in their own different directions. We did meet on couple of occasions in the earlier years but later, as everyone got busy with their own lives, no regular contact could possibly be kept and we just forgot each other. A few years ago, one of my formar classmates, thought that all of us should meet at least once, before it is too late- we all are in our seventies now. He spent lots of his time, energy and money to make a get-to-gather possible and saw to its successful execution. As an aftermath to this, a smaller core group of classmates decided that we should meet at least after every couple of months regularly and for last year or two, have managed to do so.

It is natural that during our regular get-to-gathers, where our spouses also participate, the subject of discussion often turns to school days and the life, as it was in my home town, Pune. Everyone seems to be missing the charm of the old world of Pune, with its relaxed life style, beautiful weather, the presence of intellectuals in every field of life-who never bothered to sacrifice anything for the principles they believed- and finally simple pleasures of life in the past. There is no doubt that during our chitchats, nostalgia reigns supreme. 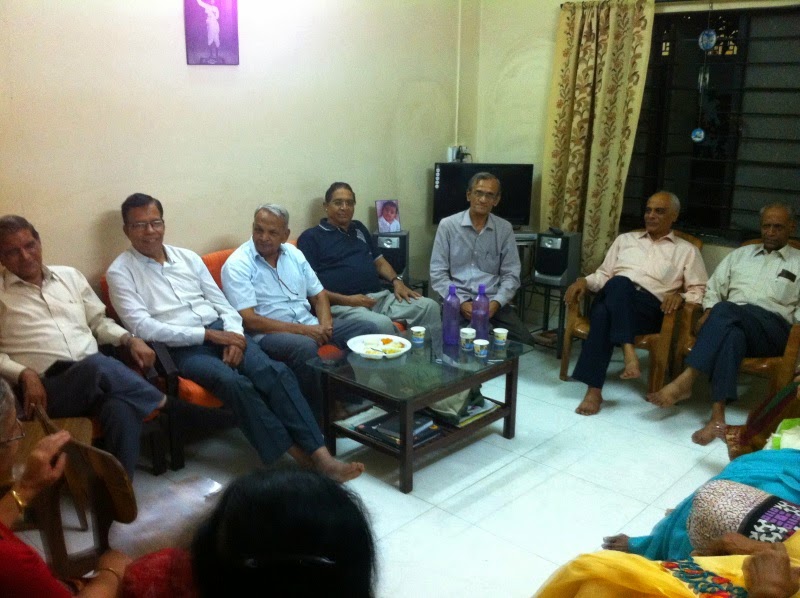 Since last four years, it has become customary for me to visit a local club nearby every evening. I meet there, like minded people from an age group of 60 to 82 years. We sit on deck chairs in an open space, where we can watch the sky, the cranes flying in beautiful triangular formations, the moon and the stars. We talk about about almost anything under the sun. Politics both at local and federal level is a hot and favourite subject, so also is sports. But once in a while, we do somehow get into the nostalgia groove. Then the conversations suddenly changes track. Knowingly or unknowingly everyone seems to become more subjective than objective; be it sportsmen of yesteryear or again life in old time Pune, the restaurants, markets, all of which everyone seems to miss.

I often wonder, why do we feel diving into the past so soothing and comforting? Why nostalgic feelings so easily manage to glossify and glorify our past and manage to suppress past frustrations and disillusionments? I distinctly remember that during my college days, I was so fed up with the mundane, humdrum lifestyle of people in Pune and their narrow minded vision that I had wanted to leave Pune at any cost and go somewhere else for further education. Since going abroad was not in the realm of possibility, I managed to get admission in one of India's premier educational institution and left Pune, only to return after a gap of more than half a decade. But, when I think about past, I never seem to remember all that and only nostalgia grips me like fever. 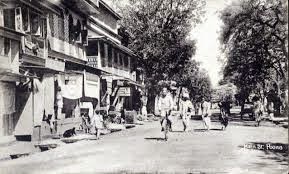 Nostalgia acts like a balm, a powerful calm-me-down tranquilizer for all of us. But it can create a serious impediment- a mental block. Once we develop an attitude that the past was golden and present is nothing to talk about, it is very difficult to really come out of that. To talk about glorious past is one think but, who wants to live again the same monotonous, pedestrian years of yesterday. The nostalgia is like a trap, once you enter and succumb to it, you are done for life.

I mentioned above, about my classmate, who had taken initiative and had made tremendous efforts to arrange a get-to-gather of ex schoolmates. I have yet to see more adaptable guy than him. He probably had never seen a computer in his working years. After he retired, someone casually mentioned about his ignorance of computers and lack of being net savvy. He took it as a challenge, bought a computer and learned everything. Today, he regularly writes on facebook and even has a facebook page. Hats off to him!

It is so easy to fall pray to nostalgia. College students form whatsapp groups with their school friends, working people similarly form groups with their college friends and it goes on. There is nothing wrong in that. But the purpose should be to keep contact with old friends and enlarge scope of friendship. Most of the people seem to realise this, but the real danger of falling in the trap comes, when you retire and have nothing much to do.

Nostalgia is good for occasional chitchats, that too, when audience is of same age group as you. I have seen some old people talking only about their achievements in the past. Young people usually avoid such people like plague. I feel like telling them “People are interested in history but not your history.” Man is said to be a social animal and likes to talk to others; seniors are no exception to this. There is no greater punishment than being avoided by others. To be socially likable, elders should be able to speak the language of younger generations. The best advice to follow during retirement years is to keep yourself busy in some activity that is relevant and most importantly, relates to present. If we do that, there is no fear or chance that we would ever fall in the nostalgia trap.