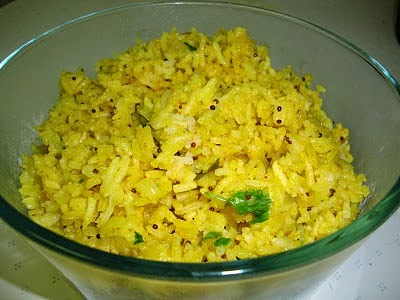 During my school and college days, I used to invariably feel terribly hungry, when I returned home from my school or college. While entering the home, if there was a nice crunchy smell of something being shallow or deep fried, it usually meant that my mother was coming up with one of her wonderfully tasty and original recipe. Only later, I found out that whenever my mother did experiment with her novel dishes in this fashion, it meant that there was left over food in the kitchen. Leftover food was then frowned upon and only fresh, hot food was the definition of healthy and germ-free food. Though her efforts would have been considered as very much against the custom of those days, she could never bear the idea of food being thrown away, just because it was cooked a few hours earlier and always used all her culinary skills to make us eat it with joy.

In those days, we never had a refrigerator in the house and leftover food would go bad if not consumed on the same day. In 1960's, when my father bought the first refrigerator, it had no frost control and anything left inside for a long time would have a coating of frost around. Most of the cooked stuff would get damaged or test horrible, when first frozen and then thawed. All this finally came to, was that the cooked food from the morning had to be consumed on the same day. 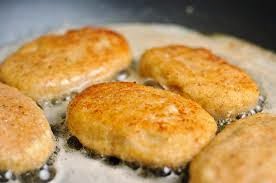 My mother could make some fabulous dishes from leftover food. With leftover rice, she would normally give it the “Tadka or Chaunk” treatment to come up with a dish that everyone would just jump at. “Tadka or Chaunk” is sometimes translated as “ tempering” in English but just does not explain, what it is. It is a cooking technique, fundamental to Indian cuisine, in which whole spices ( A selection made from spices like cumin seeds, black mustard seeds, fennel seeds, fresh green chilis, dried red chilis, fenugreek seeds, asafoetida, cassia, cloves, urad dal, curry leaves, chopped onion, garlic, or tejpat leaves and sometimes other ingredients such as minced ginger root or sugar) are fried briefly in oil or ghee to liberate essential oils from them to enhance their flavours and then poured along with the oil on the cooked ingredients like vegetables or lentils. What is interesting is that Indian recipes usually stipulate the selection of the spices to be used in the “Tadka,” for a particular dish, because the recipe gets its exquisite test only because of this selction. It was therefore no wonder that with the “tadka” treatment, my mother's leftover rice, would get transformed in a beautifully yellow coloured dish with a fabulous smell of cumin seeds and asafoetida. Sometimes when the left over stuff consisted of vegetables, she would mix it with some flour or other and shallow fry small pancakes made from the batter. Mo one would even know that the main ingredient of the now tempting dish was the vegetable served for lunch and which no one had liked much. At other times, she would add little hash browns to the left overs and make mouth watering cutlets from them.

In those days, a milkman would deliver fresh milk at our doorstep each morning and also at late afternoons. Since milk could not be refrigerated, an elaborate routine had to be followed to keep it good. My mother would boil the milk after every six or seven hours and then leave it alone, covered with a fine cloth or a sieve so that it was well aerated. However, sometimes, something went wrong and the milk soured. My mother would never throw away the split milk unless it was real bad. She boiled it, removed all water from it and came up with some brownish caramelized sweet dish loved by everyone in the house. She sometimes even made primitive “Rasagullas,” a famous, dish from Bengal region of India from such split milk. 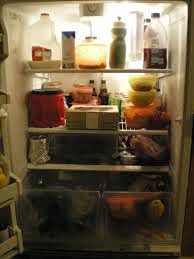 After the frost free refrigerators made their appearance in the market sometimes in late 1980's or 1990's, the definition of leftovers eventually changed. We no longer buy vegetables every day or every couple of days. Similarly, no one cooks food more than once each day. But to be frank, I find that mere presence of leftovers usually kept in small serving bowls on our dining table, gives me a loss of appetite. I can vouch that there there is nothing more unappetizing than to see the same dishes spread on the table, that I had eaten earlier in the day or even a a day before. A few years ago, my wife was out of station for a period of three or four days. She had carefully prepared that many vegetable dishes in advance and had kept all of them in the refrigerator, ready for me to eat. It was a fantastic effort and symbol of her caring fro me. But, even then, after my experience of those four days, I felt that there is nothing more uninviting than refrigerated food cooked earlier. It may be that my food taste is no longer keeping with the times. Today's empowered women and men do not want to waste their time in doing such trivial jobs like cooking and would rather order it from outside. I however find this idea quite disagreeable. The reason could be that I have myself become a left over now like most of the seniors around. But, aren’t we lucky that we can still carry on with our little fancies and continue to eat freshly cooked home food every day, that goes much against the trend of new generation. Why complain?