Raw colonial apathy and apartheid; what else? 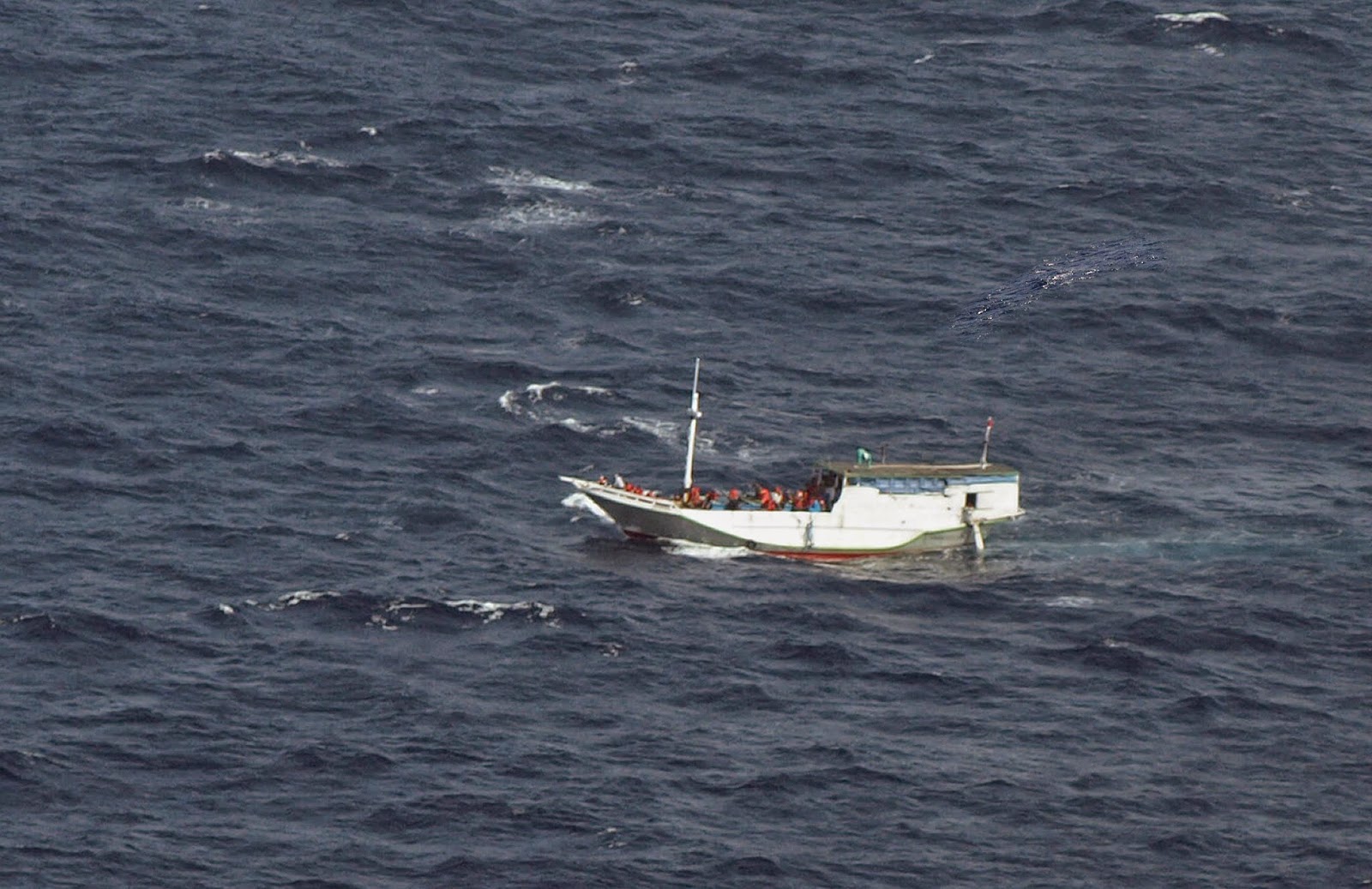 About 8 or 10 months back, because of the harsh economic conditions, prevailing in northern Sri Lanka, a group of Tamils decided to migrate to India. They somehow reached the Indian shores safely, but found the living conditions quite impossible. After spending roughly six months in India, they found their existence in India rather precarious, because they were unable to find work and their children could not attend school, while some had fears about their safety. It was then that they decided to migrate to Australia as refugees. The group of 157 people, consisting of mostly ethnic Tamils from Sri Lanka and including 50 children, left the Indian port of Pondicherry in June 2014 on a boat arranged by some illegal human traffickers.

They however never managed to reach the Australian shore and were picked up by Australian authorities towards the end of June on high seas and this is where their ordeal supposedly began. They were made to spend next three or four weeks on a customs boat, mostly locked in windowless rooms and were finally taken to Australian mainland July 25. The asylum seekers were first taken to Cocos Island and then flown to the Curtin Detention Centre in remote Western Australia.

Australia's immigration Minister Scott Morrison, unilaterally decided that these people were actually economic migrants and they must go back to India, even when they were not Indian citizens. He came out with a statement saying that the group will undergo identity checks from Indian consular officials and that none will be resettled in Australia. He added that India has agreed to take back any of its citizens and will consider taking Sri Lankan nationals who are Indian non-citizen residents.

This was immediately questioned by Australia's Refugee and Immigration Legal Centre executive director David Manne, who said: "It is a fundamental principle of refugee protection that people should not have to deal with officials from the country they have fled from. People who are seeking protection should never be put in a position where they are exposed to officials from another country without a proper assessment first being made of their claims of persecution.”

What came next was a move that can be straight way assigned to chronicles of Fifteenth or sixteenth century white colonists, who treated the black or brown natives with utmost contempt and considered them as some kind of inferior human beings. In fact preparations for this move had began, when the group was on customs boat itself. After the people were interviewed nine of the adults were separated from the others while they were still on the customs vessel and were taught how to use a lifeboat. They were told that there would be 50 to 60 people on each lifeboat and they would have to navigate them back to India on open seas. Naturally, Sri Lankans refised saying they had no experience in operating or navigating a boat, and couldn’t take responsibility for ensuring the safety of those on board. However, the officers told them that it was an Australian government decision and they had to obey.

Any one can imagine the cruelty of this decision, under which 50 or 60 people were to be put in a life boat captained by a total novice and launched from Australian shore on open seas, for going to India. It was like giving them a death warrant. Naturally, the Sri Lankan asylum seekers, absolutely terrified at the prospect of travelling to India in a life boat, refused point blank even to meet Indian consular officers saying that they were Sri Lanka citizens.

Australia's immigration Minister Scott Morrison then came out with another cruel statement, when he said that the government had provided a “rare opportunity” for many of those on board the vessel to “go back to where they had been living in safety in India, where they have family and friends.” No doubt it was a rare opportunity indeed, where else can you get a lifetime chance to travel from Australia to India on open sea on a life boat? 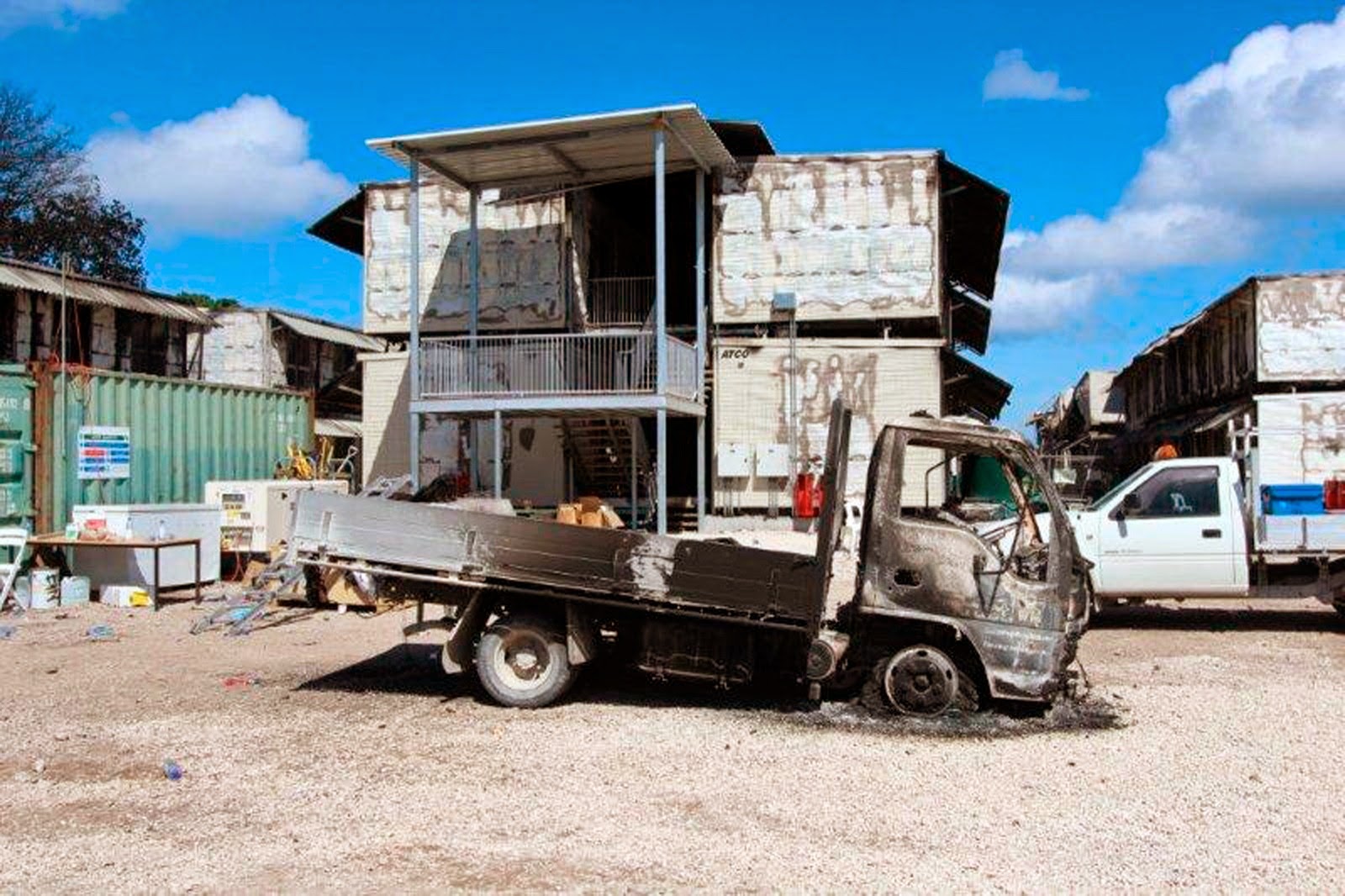 Sri Lankans were wise enough and refused to go along with this cruel plan of Australian Government. Under Australia’s policy to stop people-smuggling boats, all asylum-seekers arriving by boat are sent to Nauru (Naaru is a tiny island in Pacific ocean.) and Papua New Guinea for processing and resettlement, and are denied resettlement in Australia even if found to be genuine refugees. Scott Morrison confirms this and says that even if Sri Lankans are found to be refugees they will be resettled on Nauru, not in Australia.

He however feels sad that they did not take his life boat to India offer and says “If they are not found to be a refugee they will go back to Sri Lanka, not India. Going back to India, where they are likely to have family and friends, is no longer an option for those who were living there,”

Readers can judge themselves but all I can add is what Australians were trying to do with Sri Lankans is nothing but apathy and raw apartheid tendancies so typically shown by white colonists of the past. Just imagine, what would have Australians done to the migrants, if the boat they had travelled had contained, instead of Sri Lankans, white Europeans from say Serbia or Ukraine?