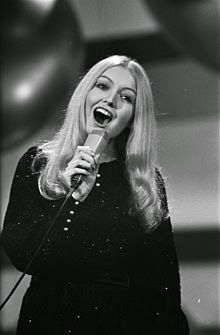 This week we have a very unusual song that originally was a Russian romance song. The song featured in many albums sung by number of artists. However the version that is probably best remembered in English-speaking countries is sung by Mary Hopkin (born 3 May 1950), a Welsh folk singer, in a 1968 recording. The song became extremely popular and was a chart-topping hit in much of the Northern Hemisphere. “Those were the days” became a number-one hit in the UK Singles Chart. In the US, Hopkin's recording reached number two on the Billboard Hot 100 and topped the Billboard Easy Listening charts for six weeks.In the Netherlands, it topped the charts for two consecutive weeks.


If you can not see the embedded video on your android devices, here is the link. http://youtu.be/GielMXWQlbw You can also copy and paste the link in your You Tube App. If that also does not work, search You tube, Mary Hopkin, Those were the days

Email ThisBlogThis!Share to TwitterShare to FacebookShare to Pinterest
Labels: Long forgotten musical tracks, Mary Hopkin, Those were the days