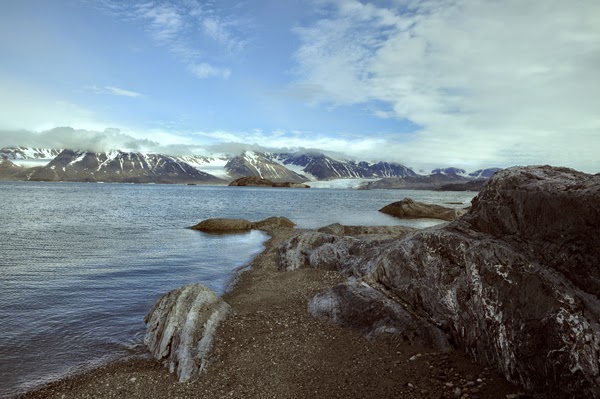 Geologically, a fjord is a long, narrow inlet of water with steep sides or cliffs, created by glacial erosion. Naturally majority of the fjords are found near the arctic circle or on the coasts of Norway, Iceland, Greenland, Alaska, British Columbia and Chile. Svalbard, is a Norwegian archipelago in the Arctic Ocean. Situated north of mainland Europe, it is about midway between continental Norway and the North Pole. The group of islands range from 74° to 81° north latitude, and from 10° to 35° east longitude. The largest island in Svalbard is Spitsbergen. Administratively, the archipelago is not part of any Norwegian county, but rather forms an unincorporated area administered by a state-appointed governor. Importance of Svalbard stems from the fact that it is the northernmost place in the world with a permanent population. 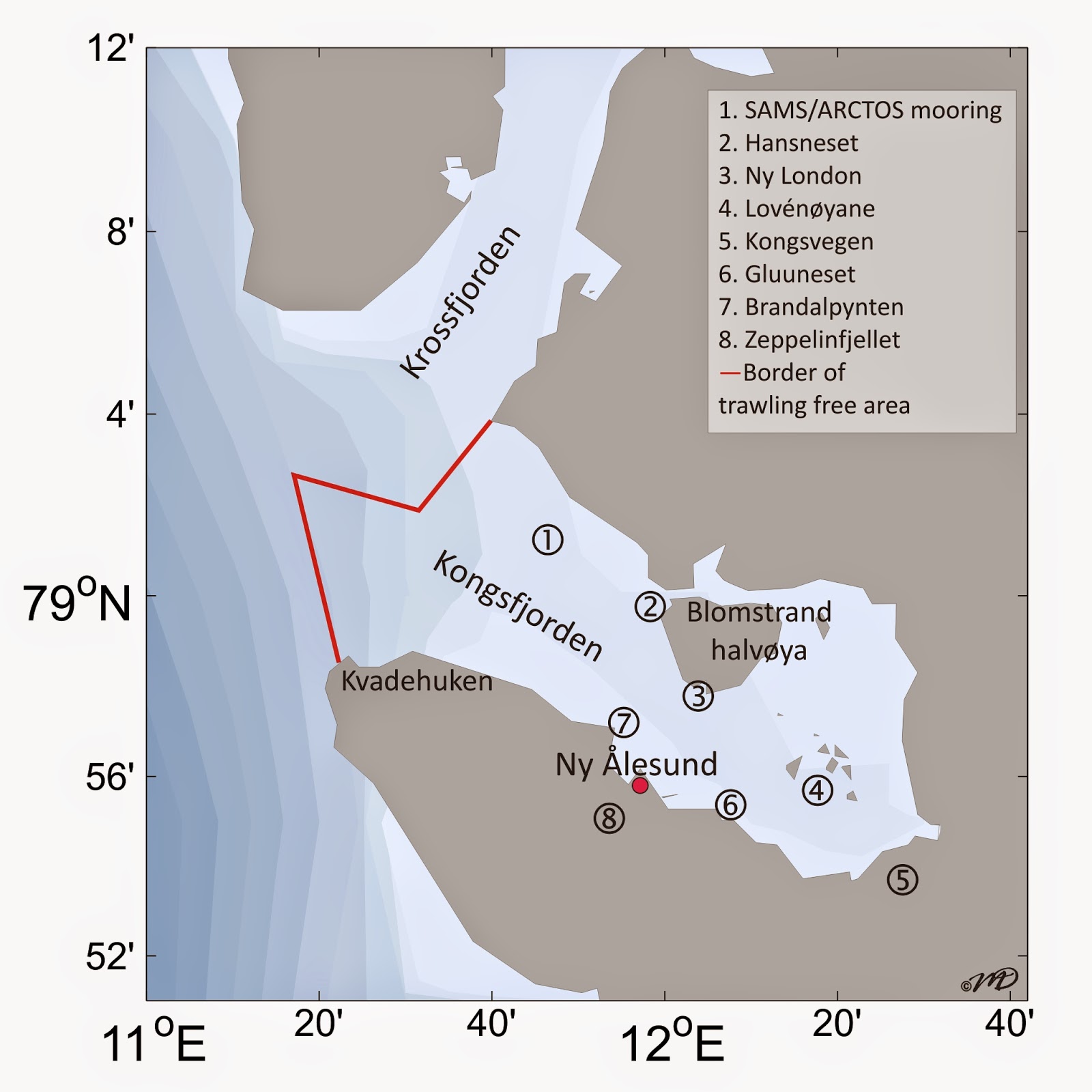 Svalbard archipelago features an Arctic climate, although with significantly higher temperatures than other areas at the same latitude. The flora takes advantage of the long period of midnight sun to compensate for the polar night. Svalbard is a breeding ground for many seabirds, and also features polar bears, reindeer, and marine mammals. Seven national parks and twenty-three nature reserves cover two-thirds of the archipelago, protecting the largely untouched, yet fragile, natural environment. Sixty percent of the archipelago is glacier, and the islands feature many mountains and fiords. Kongsfjorden-Krossfjorden and the adjacent West Spitsbergen Shelf meet at the common mouth of the two fjord arms. 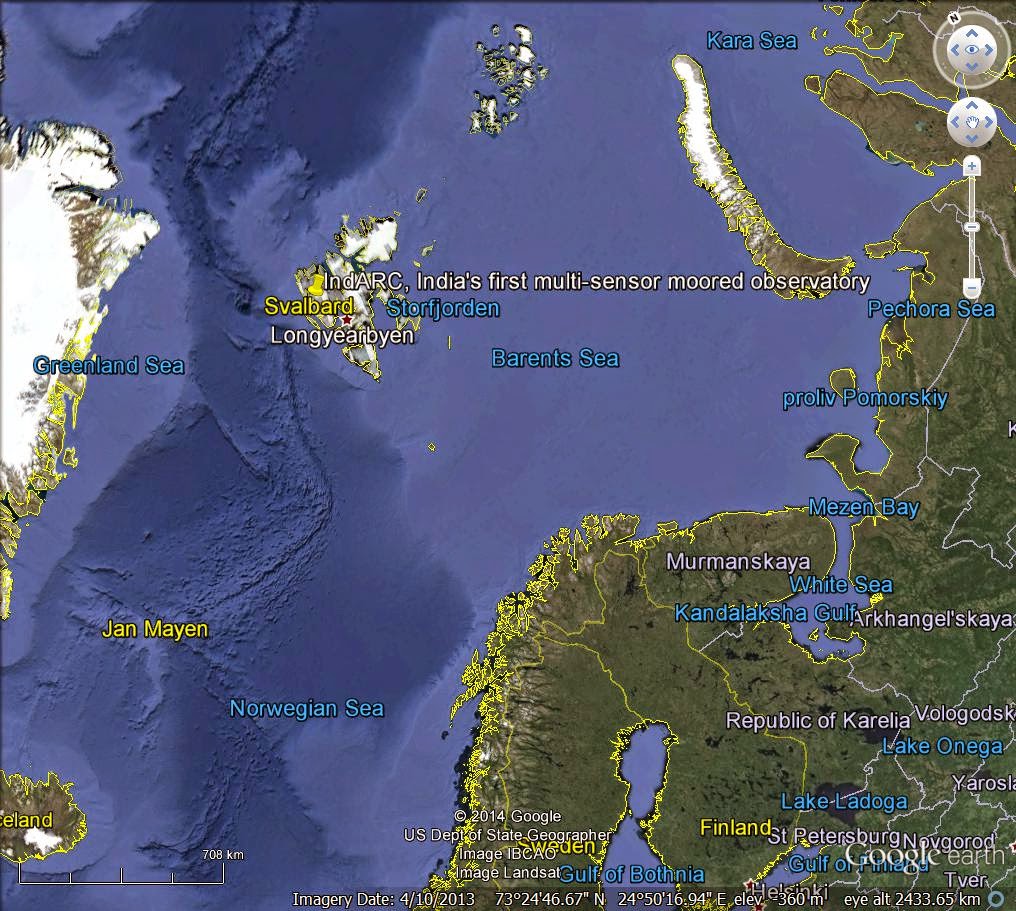 India's ESSO-National Centre for Antarctic and Ocean Research (NCAOR) and the ESSO-National Institute of Ocean Technology (NIOT) have been continuously monitoring the Kongsfjorden since 2010 for understanding response of the fjord to climate variability at different time scales. The temperature and salinity profiles of the fjord, water column nutrients and diversity of biota are being monitored at close spatio-temporal scales throughout the spring-summer-fall seasons. Indian scientists consider the data acquired of vital importance for Indian climate research. In addition to providing for an increased understanding of the response of the Arctic to climatic variabilities, the data can also provide a good handle in our understanding of the Arctic processes and their influence on the Indian monsoon system through climate modelling studies. 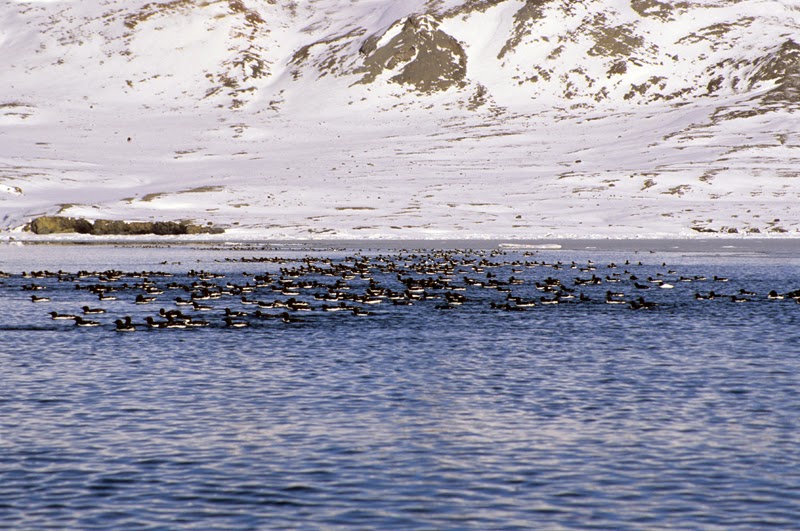 Birds return to the fjord for breeding in summer

One of the problems faced by Indian researchers has been the difficulty in reaching the location during the harsh Arctic winters and obtain near water surface data. Researchers felt a great need to know on how the fjord system is influenced by, or responds to exchanges with the water on the shelf and in the deep sea outside during an entire annual seasonal cycle, in particular, continuous observations of the water transport into the interior part of the fjord. 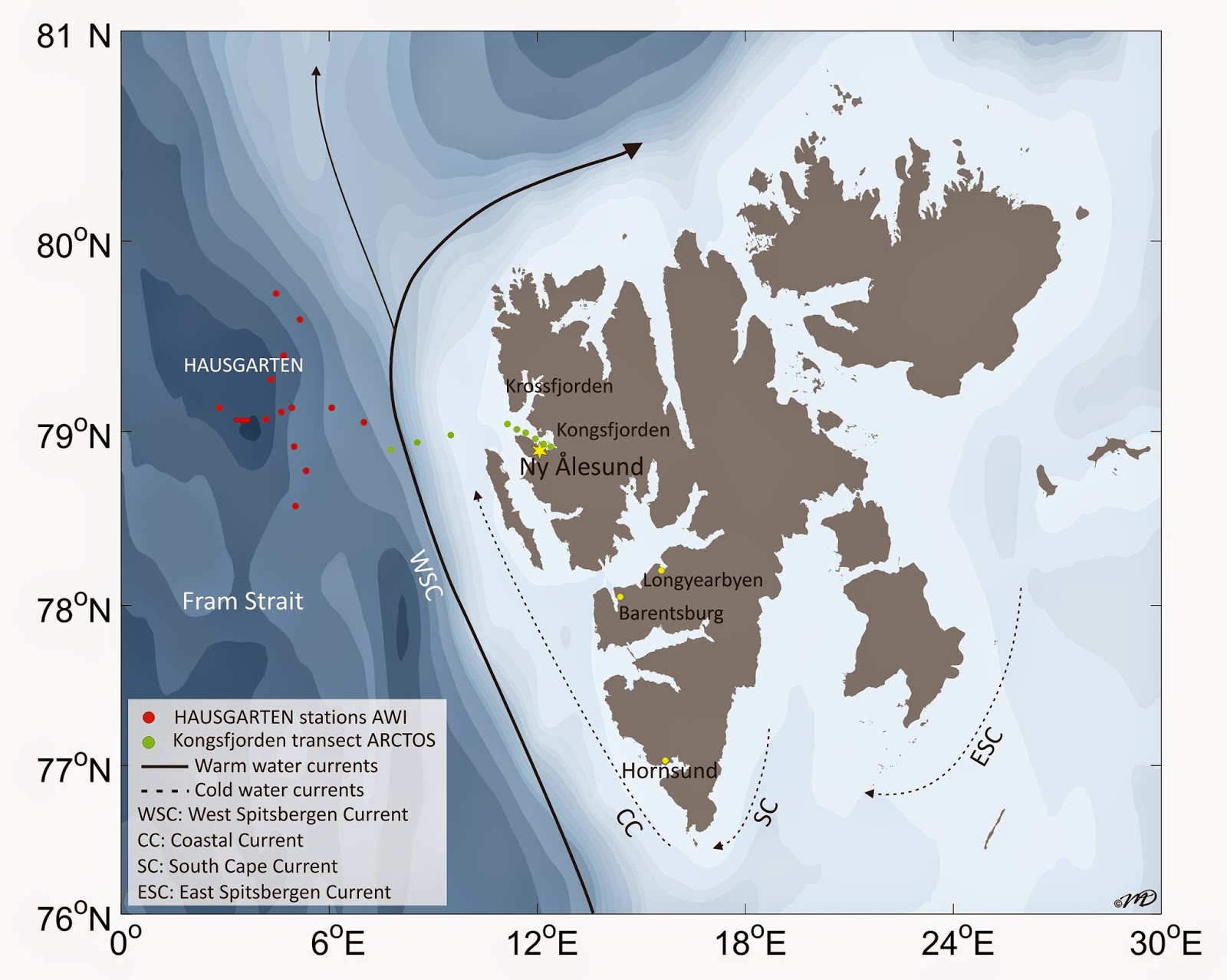 The problem has now been solved as India has now established its first multi-sensor moored or anchored observatory in the Kongsfjorden fjord of the Arctic with an array of ten state-of-the-art oceanographic sensors on board, strategically positioned at discrete depths in the water column and programmed to collect real-time data on seawater temperature, salinity, current and other vital parameters of the fjord. The observatory, named as IndARC, has been anchored at present at 78°57´ N 12°01´E , about 1100 km away from the North Pole. At a depth of 192 meters. 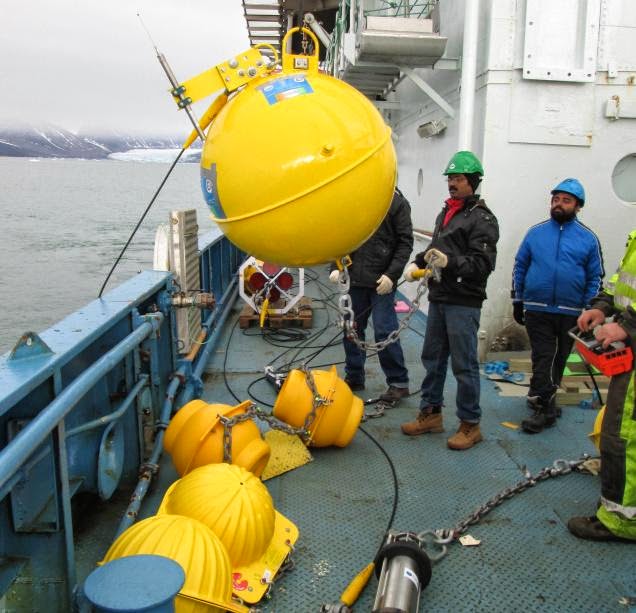 INDARC was placed in position with the help of the Norwegian Polar Institute's research vessel R.V. Lance during its annual MOSJ-ICE cruise to the Kongsfjorden area on July 23, 2014. An Indian team Team led by Dr.Venkatesan deployed the observatory during this annual cruise to the Kongsfjorden area. IndARC deployment at a polar mooring can be certainly considered as a significant achievement and a testimony to the capabilities of India's ESSO-National Centre for Antarctic and Ocean Research (NCAOR) and the ESSO-National Institute of Ocean Technology (NIOT) in designing, developing and installing underwater observatories.