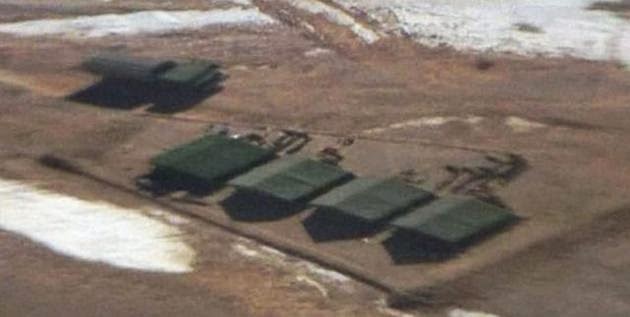 On the night of 15th April 2013, a Platoon-strength contingent (50 men) of Peopls Liberation Army of China stealthily intruded 19 km inside Indian territory across the line of actual control (LAC) and set up 4 tents in the Daulat Beg Oldi sector of the Northeast Ladakh. Another tent was added after two weeks. The Chinese camp site was inside the Indian territory near Burthe (Burtse)camp of the Indian Army at an altitude of about 17000 feet. Responding to Chinese incursion, the Indian army sent, 5th Battalion of Ladakh Scouts to the sector to take on the PLA challenge on 17th April 2013, who set up its own temporary camp just 500 meters (1600 feet) from the PLA in an eyeball to eyeball confrontation situation.

On 18th April a flag meeting between an Indian team led by a Brigadier-level officer and a senior Colonel from the Chinese side failed to break the deadlock. Chinese foreign ministry spokesperson on the contrary asserted that China's forces had not crossed the Line of Actual Control. He said
"China's frontier troops are seriously abiding by the agreement between both countries as well as the Line of Actual Control. Our troops are patrolling the Chinese side of the LAC and have never trespassed that line," 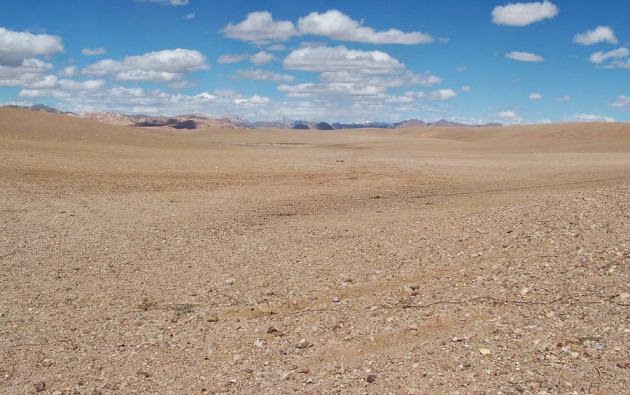 Though the local commanders of two armies in Ladakh, kept holding series of flag meetings to sort out the incursion issue. Chinese Government simple refused to accept that they have disturbed the status quo and kept claiming that they were well within their areas of control. At the diplomatic level, India's foreign office was in touch with Chinese. The international press almost carried the story as told by India's media, which was leaked to them in the first place by Indian Army. In south east and east Asia it was picked up by all news agencies. It was obvious that there were not very few takers for the Chinese version of it and in already strained scenario in south east and east Asia, this was another arrogant act by Chinese.

For whatever reasons, a flag meeting held on Sunday 5th May 2013,which took place at 4 p.m., turned out to be fruitful and a deal was struck, which suddenly and mysteriously ended the row with commanders from both sides shaking hands and ordering their troops, facing each other 300 meters away, to dismantle their tents. By 7.30 PM, Chinese were gone. 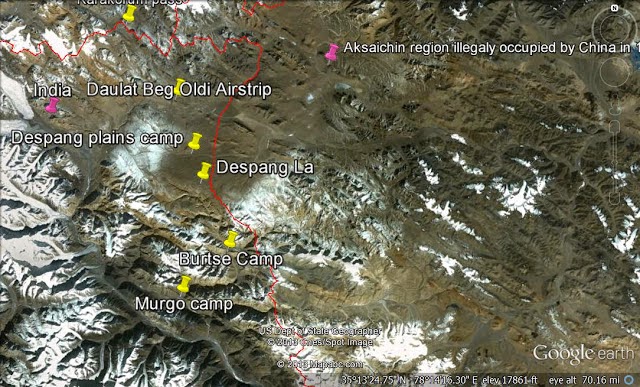 No one knows, what was the original reason of intrusion and what was agreed eventually on 5th May 2013, though newspapers reported that India has agreed as part of the deal, to dismantle a tin shed erected 5 Km inside of what Chinese call LOC, on a small disputed part of the boundary, near 'Chumar' monastery in south Ladakh, more than 300 Km away from the Depsang plains point of incursion. This shed was apparently erected on 18th April as a tactical response to Chinese incursion of 15th April and India immediately agreed to dismantle it in the deal as it was only meant as a tactical move to pressurize Chinese. The Chinese army however maintained stony silence as neither they agreed that there was an intrusion ever; nor was there any withdrawal.

Chinese Army (PLA) customarily carries out a once a month press briefing, where only local Chinese media were invited so far. This week, for the first time in the history of Chinese military, select foreign media was permitted for the briefing. Press Trust of India (PTI) was the only Indian media to be invited to attend. Explaining the reasons behind this change Colonel Geng Yansheng, spokesman for the ministry of national defence told the reporters that this change has been effected to contribute to better and more objective understanding of China and Chinese military.

Making full use of the opportunity, PTI representative raised the issue of last year's intrusion in Depsang. To everyone's surprise, instead of total denial of any such incident at Depsang, Chinese army spokesman for the first time, actually accepted and acknowledged last year's incursion at the Depsang valley in Ladakh region and said such incidents occurred due to different perception about the line of actual control. He said; "Last year there was some incident in the border region. All the issues have been properly solved though negotiations," He however failed to specifically mention the Depsang valley by name but said; "The boundary line has not been demarcated and both sides has different interpretation on the line of actual control,"

It is a good sign that things appear to be easing out on India China border after both sides signed last October; Border Defence Cooperation Agreement (BDCA) in which they reaffirmed the principle not to carry out respective military capabilities against each other and proposed confidence building measures. In depth discussions on implementing BDCA on the ground were carried out during the visits of deputy chief of staff of PLA Wang Guanzhong to New Delhi this year followed by that of Indian Army chief General Bikram Singh here recently.

Explaining the Chinese perspective, Col. Geng says; "China India border issue is left over from history. The boundary line between the countries has not been demarcated. Both sides have different interpretations of the LAC. The agreement has provisions for example to set up hotlines between the two militaries and to conduct periodic meeting between the area command and operational departments and to exercise maximum restraint when a stand off occurs.” According to him the two militaries are in close contact to set up hotlines between their headquarter.

I feel that though the long term Chinese strategy in Depsang, may not be in favour of status quo as it is here that they have a real vulnerability in their defences in Ladakh, they must have decided to maintain peace for the present.

Indian press has reported this week, similar incursions again in Ladakh. However, Udhampur-based Army Spokesperson, Col S D Goswami has denied that any such incident had taken place but said there was no commonly delineated LAC between India and China, which could lead to such transgressions.