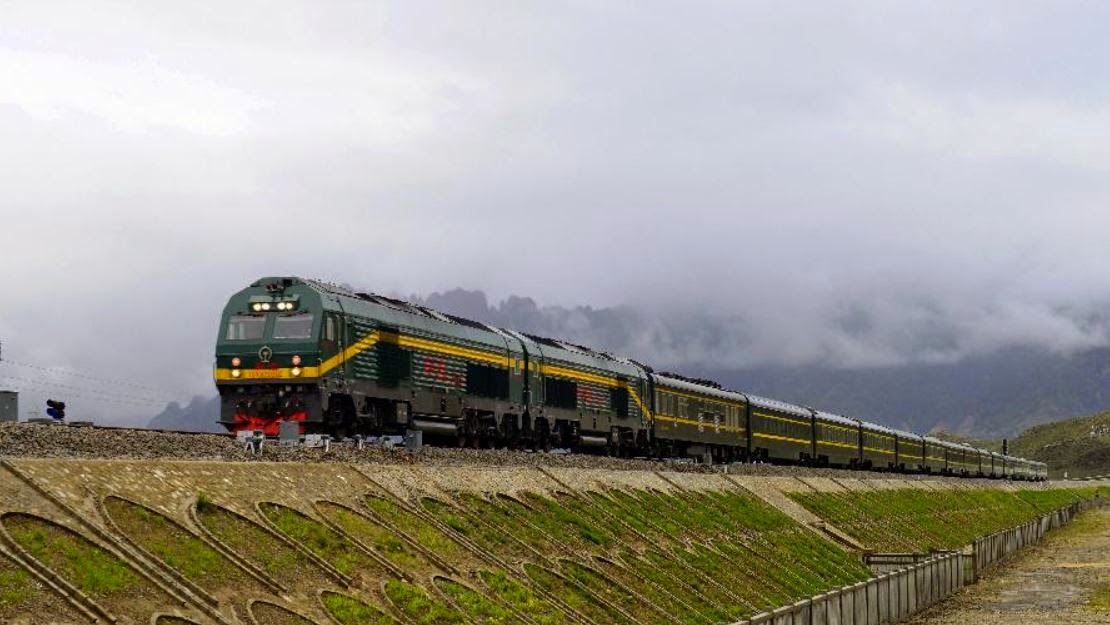 In the aftermath of the 1962 border war with China, with India beaten squarely and completely by the Chinese, the official Indian psyche, scarred by defeat and general ignorance of Chinese intentions and capabilities, had developed into a strange, defeatist line of thinking. The new policy then adopted, involved keeping India’s border areas deliberately underdeveloped and lacking in roads and telecommunications in order to prevent another instance of easy access to the plains for the Chinese army.

It is also true that infrastructure development in border areas was never a top priority for the newly independent India after 1947. Indian government was fully aware of the shortcomings of physical infrastructure in the border regions but was unable to get various agencies of the central and state governments to function in a coordinated and timely manner to plug the gaps. Those were also the days of severe economic crunch and Government's priorities were different.

As a result of this post 1962 policy, the border areas were completely neglected, whereas Chinese went on merrily developing the roads and rail lines in Tibet. Only much later, India realised the shortcomings and the folly of this policy. But during the intervening years, China had already taken a tremendous lead in infrastructure project developments in border areas. In fact, one of the principle reasons for 1962 border war with India was a road between Tibet and Xinjiang that passed through Aksai Chin area belonging to India in 1957 itself. China since has developed good roads in all border areas. Its friendship highway connecting Lhasa city to Kathmandu is another good example.

In 2006, China reached a major milestone, when the Qinghai-Tibet railway began operation, introducing railway transportation into Tibet for the first time in history. The railway links Xining, capital of Qinghai Province, with Lhasa gaining a tremendous strategic advantage vis-a-vis India. This railway service has greatly boosted Tibet's tourism and other sectors. Tourist arrivals in Tibet reached 12.9 million last year from 1.8 million in 2005. Tourism revenue increased from 1.94 billion yuan to 16.5 billion yuan during the period. 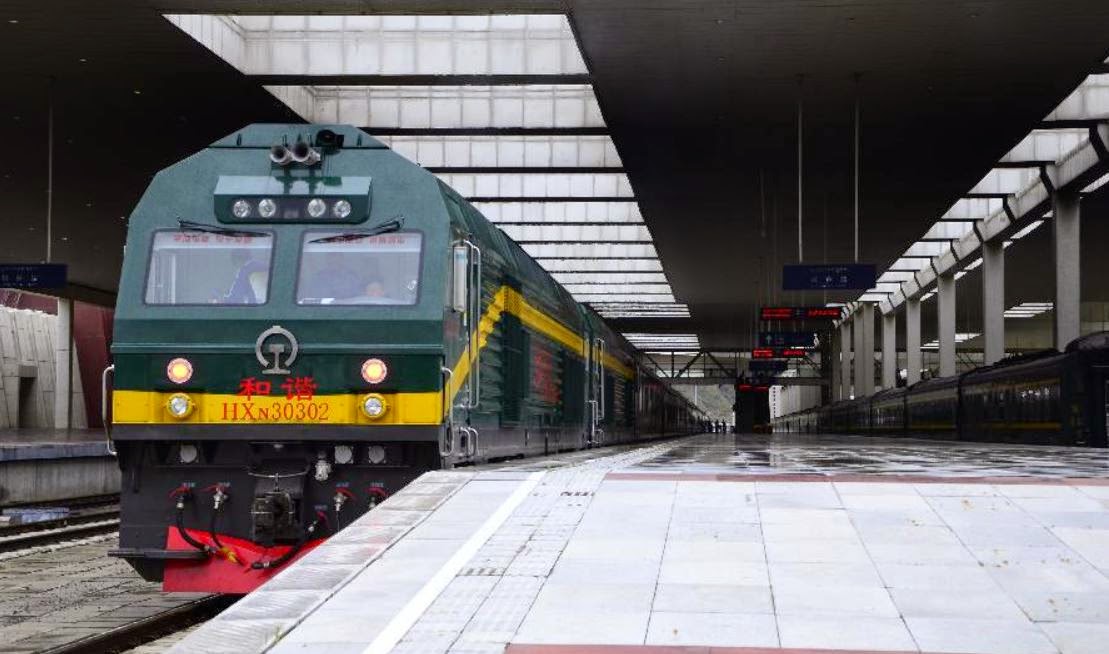 China has now surpassed that feat with another railway line in Tibet. It inaugurated on 15th August 2014, its second railway line in Tibet, built at a cost of $2.16 billion. The 253-km railway line links Tibet's provincial capital Lhasa with Xigaze, the second-largest city in Tibet and also the traditional seat of the pro-Beijing Panchen Lama — stated to be second important Monk in Tibetan hierarchy. The current Lhasa-Xingaze road is frequently troubled by seasonal natural disasters such as landslides in summer and ice in the winter. 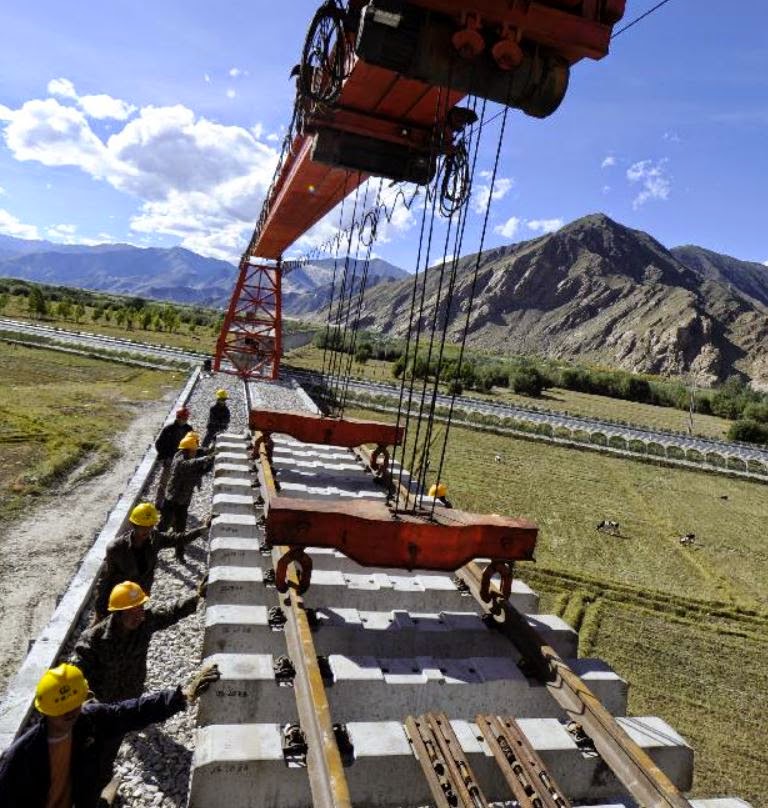 Xigaze also happens to be close to Indian border in Sikkim. This means that mobility of its military in the remote and strategic Himalayan region is bound to get a boost. Xigaze is also famous as "Tibet's granary. The city attracts thousands of pilgrims and visitors each year. In recent years, Tashihunpo Monastery has received over 200,000 visitors from home and abroad annually.

Lhasa- Xigaze railway is an engineering wonder. It is also the most expensive in China's history; the cost of the railway exceeded 50,000 yuan per meter on an average. The entire line is constructed on world's highest plateau and passes through stunningly beautiful alpine valleys along the Yarlung Zangbo (Brahmaputra) River,. There are 116 bridges and 29 tunnels, which account for 46 percent of the total length of the railway. The plateau railway had a particularly problematic construction with difficulties including an oxygen-poor environment, a delicate ecosystem, wildlife migrations, and many complex environmental issues. To minimize disturbance to wildlife, the line has set up bridges across wetlands and a nature reserve for black cranes. There are also vegetation slope protection, sand and sound barriers 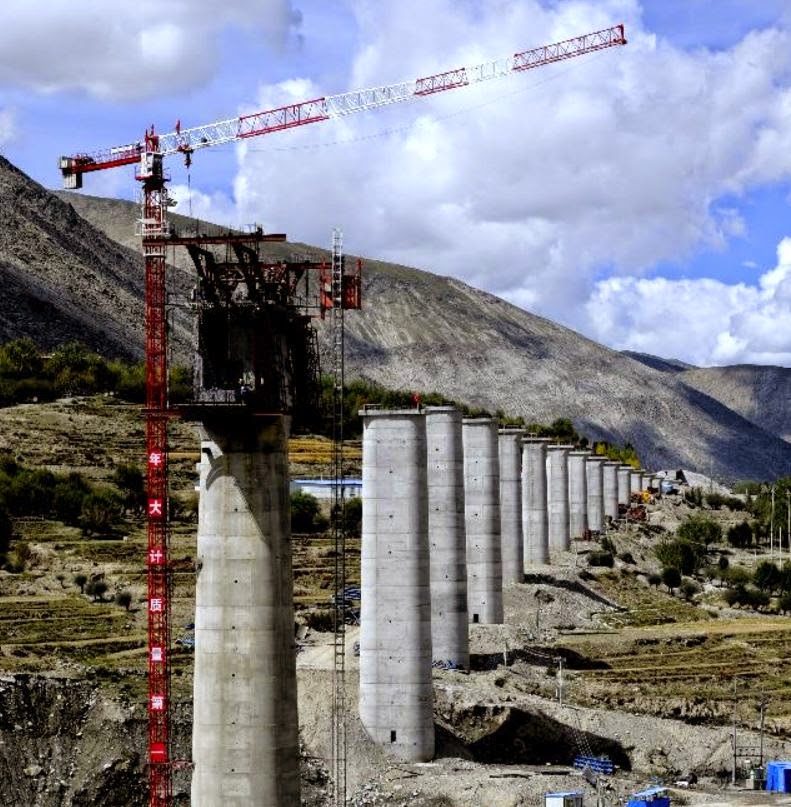 Railway builders faced harsh tests of frozen earth, high altitude and a fragile environment, said Zhu Jintang, chief engineer of one section. "Along the Lhasa-Xigaze line, we overcame new challenges such as the long spans and deep water bridges, as well as a high geothermal tunnel," Its route also extends through the 60-km-long Yarlung Zangbo River Grand Canyon region, which has multiple hot or thermal springs ranging from 40 to 90 degrees Celsius. "Drilling into the hot rocks, rail workers had difficulty breathing due to oxygen deficiency," said Xu.

China has recently unveiled new plans for more rail lines in Tibet. A new crucial railway line in Tibet close to Arunachal Pradesh, has been planned, that will link Lhasa with Nyingchi in the east, located right close to India's Arunachal Pradesh. Another line connecting Xigaze with Gyirong county, close to Nepal, also will be constructed in next 5 years.

Compare this with situation on the other side of the border. Even good roads have not been constructed because India's environment ministry sat tight on the proposals. The 1962 policy of keeping India’s border areas deliberately underdeveloped and lacking in roads and telecommunications in order to prevent another instance of easy access to the plains for the Chinese army is really going to hit us in case of another border skirmish, unless India goes full steam ahead and completes the network of roads badly needed in border area in the shortest possible time.