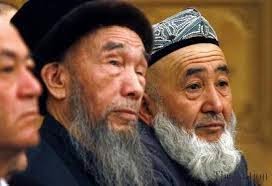 Last week, violence in China's westernmost province bordering with India, took a new turn as Jume Tahir, the government-appointed imam of the 600-year-old, Id Kah mosque in the city of Kashgar, was found dead in a pool of blood outside the mosque’s prayer house. He was murdered after conducting morning prayers. Id Kah mosque is located in the city of Kashgar, which is an old oasis city that was part of the Silk Road trade route that ran from Europe to Asia. It is the largest mosque in the province of Xinjiang with a capacity of 20000 people.

The dead imam, Jume Tahir, was said to be deeply unpopular among local Uighurs who disliked the fact that he praised Communist Party policies while preaching in his mosque. According to some local Uighurs, Jume Tahir consistently cooperated with the government, aided the monitoring of religious activities, and used his position in the mosque to promote Chinese policies which are unacceptable to Uighurs, who believed that he had a special relationship with the Chinese ministry of security. Confirming this, US based Radio Free Asia (RFA) had earlier reported on its website, that Tahir had been critical of violence carried out by Uighurs. 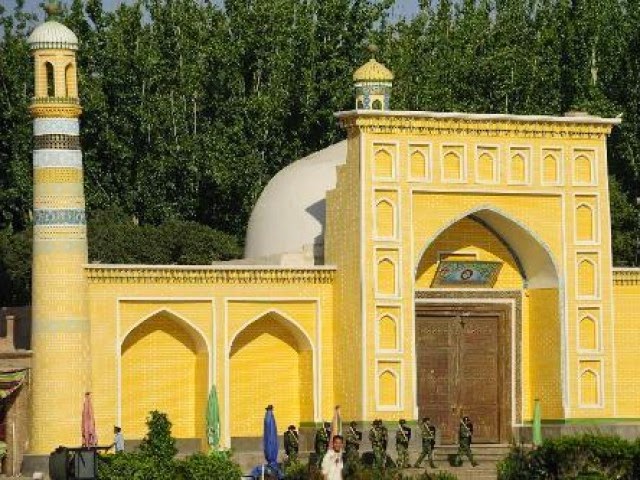 Chinese media however expressed exactly contrary views. Chinese news agency Xinhua, who had earlier praised the Imam saying that he condemned terrorist violence carried out in the name of ethnicity and religion, now said in its dispatch that Tahir, 74, “enjoyed a high reputation among Muslims nationwide.” Chinese media were quick in responding that three thugs influenced by religious extremist ideology have killed the Imam and gave their names.

Killing of the Imam came within two days after violence broke out between Uighurs and security authorities, when an attack was launched on a police station in Yarkand county in the Kashgar region. Nearly 100 people were left dead or wounded. This attack has come as a latest episode in series of attacks launched by terrorists. A market attack in Urumqi, Xinjiang’s capital city, in May 1914 left 39 people dead, while a deadly rampage by knife-wielding assailants at a train station in Kunming in China’s southwest in March 1914 killed 29 people. These attacks have come after a fiery vehicle crash at Tiananmen Square, Beijing’s symbolic heart, in October last year. Though Chinese have been blaming terrorists for these attacks, fact remains that the cultural and religious repression by the Chinese Government is fueling the unrest in Xinjiang.

Another reaction that sounds almost comical has come from an another city in Xinjiang region, known as Karamay, about 400 km north of the region's capital Urumqi. The city officials say that persons wearing Islamic headscarves and with beards will not be allowed to use public transport in the city. The ban, which prohibits headscarves, partial face veils and burkas, would last until 20 August.

Karamay Daily, a newspaper published a list of "five types of people" who would be banned from public transport. These are the people wearing headscarves, veils, burkas, clothes with the crescent moon and star symbol, and "youths with long beards". "Passengers who do not co-operate, particularly the 'five types of people', will be reported to the police and all commuters would be subject to bag checks. 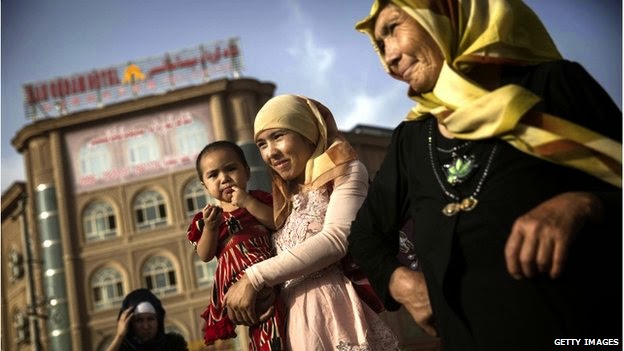 There is no doubt that situation in Xinjiang region is rather grave but this kind of reaction almost seems paranoiac, particularly because what is banned straight way hurts the religious beliefs of people. Such measures are only likely to add more fuel to the resentment among people. Chinese Internet users echoed these feelings in their comments on Weibo, China's microblogging service.

One user said: "So every bearded or burka-clad person is a terrorist? For goodness sake these are traditional customs," and another user added that "Having a beard definitely does not mean you are a terrorist. ” It is obvious that such comical orders are not likely to reduce the strif and tension in the region. They are likely to boost them.