Social allergens, how to overcome them? 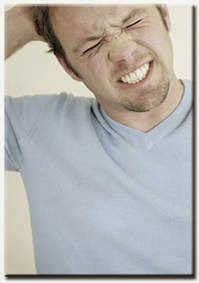 A few weeks before, I wrote a blog post about allergies. I had said that I consider them as the biggest bane of modern living. I shall give a recent experience of mine to support this. Three days back, when I got up, I was perfectly normal. I went out as usual to have my cup of coffee and returned back to have my lunch. After working for some time, I decided to take a nap. When I got up after about twenty or twenty five minutes later, I realised that I was not at all well. I had a terrible runny nose and started sneezing repeatedly.

My wife suggested some home remedies, but they were not of much use. I spent the entire day and early part of the night, till I fell asleep in much agony and distress. Next morning, when I was up, I realised that I was back to normal again. No signs of runny nose anymore. It was a clear case of allergic reaction to some unknown allergens or sure. This kind of sudden allergic reaction is the single most troublesome cause that ails people today.

Everyone seems to be allergic to something or other. Most of the people of the Chinese origin have a strong allergy towards milk. This is known as Lactose intolerance, which really means that Chinese are mostly unable to digest lactose, a sugar found in milk and to a lesser extent in dairy products. Many people are allergic to gluten ( constituent of wheat), some find it impossible to digest pulses. Some get attacks of cold if they consume fruit. There are also other factors like house dust, cobwebs, spring pollen, bed mites. The list is almost endless. Some are allergic to tobacco but other seem to enjoy the smell. Allergic reactions may not be as violent as attacks of runny nose, I had last week. They mostly make us feel uneasy, irritated and in general lousy.

That is fine, but what about the other reasons that also make us feel the same way. I just can not stand another guy sitting next to me making loud noises, while eating; or slurping, while enjoying his soup. I feel like hitting the noise maker, when I hear sounds of cucumbers of ice cubes being chewed, liquids being gulped, heavy breathing. I am sure that everyone has this kind of tremendous dislike for some or other sounds that others make.

Besides hearing unpleasant sounds, people, who could even be our loved ones , can make us feel irritated for number of other reasons. We always term these as bad behaviours. A friend of mine has a habit of speaking loudly, when he eats. This means that everyone sitting near about him is bound to be hit with a spray of food particles sometime or other. Another friend is a heavy smoker and smokes even inside enclosed areas without bothering about others.

Dr. Michael Cunningham, a psychologist and professor of communication at the University of Louisville in US has coined this phrase and says

“As with a lot of allergies, it's the repetition that gets to us. The first time you are seated next to a co-worker, who is loudly snapping bubble gum, you don't care, but after three weeks, you are praying they'll choke on it."

Very true isn't it? Dr. Cunningham, who has studied the phenomenon for more than 15 years, classifies social allergens into four main types, depending on whether the behavior is intentional or not, and whether directed personally at an individual or not. He describes these categories in following words and I quote.

“The first grouping is uncouth habits. They are unintentional and they aren't directed personally. They include noisily chewing gum or talking loudly into a phone in a crowded public space. The person isn't really thinking of you, even though the behavior has implications for you,

The second category is egocentric actions. These behaviors aren't necessarily intentional, but they are directed personally at you. There's the friend who keeps you on the phone for 45 minutes after you said you can only talk for five, or the family member who never orders dessert at a restaurant but eats all of yours (you know who you are). This person still isn't thinking about you, but the behavior affects you specifically.

The third category, norm violations, encompasses offensive behaviors that are intentional but impersonal. Examples include smoking right outside the front door, talking in a theater during the show or texting while driving.

The fourth, and most irritating, social-allergen group includes actions that are both intentional and directed personally. It may be an imperious command ("Bring me some coffee, will you?") instead of a request for a favor. Often, it is a backhanded complaint or criticism: "Are you really going to eat that?" or "You bought a car? I thought you were saving for college." The person may not have meant to make you feel bad, but you do.” 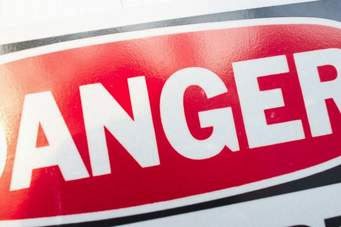 I feel that this explanation about bad behaviours of others that hurt us, is probably apt and most exhaustive. I am sure that if readers would sit quietly for few moments and honestly think about things that irritate them most, they can easily classify them in these four categories very easily.

Dr. Cunningham says that spouses, co-workers and other people, all the time, are prime sources of our social allergies. Because repetition of a habit is the key here. There tend to be more social allergens at work, because our relationships there are involuntary. That is why we hate co-workers and specially bosses. In contrast, friendships are not so much irritating because we can forgive our friends more easily in our minds for bad behaviour, because they are nice or might have given a party to us. In romantic relationships, social allergens typically appear after three to six months. Much depends on how much time the couple spends together and how quickly they form a commitment.

So what is the remedy? How do we overcome these feelings that irritate us? Dr. Cunningham has some advice. He says:

It is easier said than done, isn't it? Well! We can at least try to the extent possible. Don't you think so?