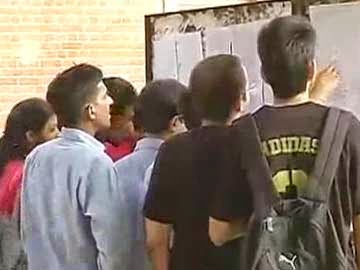 Last week, various colleges coming under Delhi University, announced their cut off marks percentages for undergraduate courses, which are even 100% for top rank colleges. After reading about these, I realised one thing. If I had born sixty years later than I actually did, I had absolutely no hope whatsoever, of getting admission to any college and I would have had to remain satisfied with my matriculation certificate.

I passed my school leaving or matriculation examination, getting overall 67% marks. Everyone had congratulated me after having secured a first class (above 60%) in the examination and assured me that now way was absolutely clear for me for further education. Armed with my school leaving examination and original marks list, I cycled to the topmost ranked college of those days in my hometown Pune. I filled an application form and handed it over to a clerk sitting in an old office, who looked at my papers, signed on them and gave them back to me and told me to pay the fees which included entrance fees, Library plus Laboratory fees and tuition fees; nothing else: the total coming to sixty odd Rupees; to the cashier. I had collected from my mother earlier in the morning, a brand new hundred Rupee note and had kept it securely with me as it was lots of money in those days. I took out the note and gave it to the cashier, who gave me a receipt, returned the balance amount and told me to attend college on 20th June.

That was it! My entire admission process to get entry into the college was over in about 15 or 20 minutes. There was no cut off list and therefore no anxiety or tension. I am wondering, what would I have done with that kind of marks today, with Delhi's top colleges announcing a cut off percentages of 100%. It is obvious that there was not the slightest chance for me to get admission in any college with my marks. Forget a degree course, I was not qualified even for a diploma course.

I had a similar experience later, when I was applying for an Engineering college admission. I had secured 62% marks and a first class in my previous examination. Encouraged by my marks, my father had suggested that I apply to the top institutes, which admitted students from all over India. At that time there were five such institutes. The IIT's at Mumbai, Khargapur near Kolkata, Kanpur and Madras besides the oldest premier institute, IISc or Indian Institute of Science at Bengaluru. I was neither keen to go to north India nor Madras, because the weather there is quite lousy and applied to Mumbai's I I T and Bengaluru I I Sc.

After a few weeks, I received admission letter from I I Sc first and since it was my first choice any way, I decided to join it. The whole process was so simple and straight forward. As I understand today, the process of getting admission to all India Institutes is extremely complicated and tough. After completing your regular college examination, you have to appear for a Joint Entrance Examination. A rank list is prepared along with the results and only a certain number of top ranking students are selected for appearing for another examination, known as Advanced Joint Entrance Examination. If you get a good rank in this, only then you have a chance of getting admitted to a top Institute.

I am really puzzled with all this. Is the new system of cut offs and entrance examinations, better than the earlier system, where your school leaving examination or College examination marks used to suffice. If one had reasonably good marks in school or college examinations, that was usually enough to secure an admission. There is something very sad and ominous about these cut offs of present.

There is another question in my mind. If my 67% marks at the matriculation and 62% marks for Engineering admission were considered good enough those days to get me further admissions to top ranking teaching Institutes, why is it, that a boy or a girl getting 99% marks today, has no hopes of making it to a top college. I can vouch that no one-that means absolutely no one- ever secured 100% or even 90% marks, except for subjects like Mathematics and Statistics, in my school and college days. How is it possible that today's kids can score 100% marks in humanities and languages also? Are the kids over the years have become super intelligent or something is rotten in the education system itself. I have a feeling that the latter possibility is more likely to be probable. There is something seriously wrong with our education courses and the way we train our students so that they can get these kind of marks. 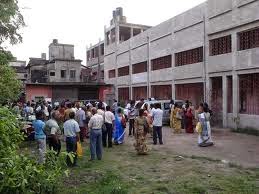 I know nothing about the education regime of today. Yet I have a feeling that some kind of cancerous tumor is slowly engulfing and consuming our education regime. It has to do something with the system of public and private educational institutes. Public institutes are aided by the Government and education there is quite affordable. The unaided private institutes are prohibitively expensive and the promoters of these institutes appear to be doing rather very well. Is our educational regime of today is so adjusted that most of the good students, unable to score those impossible cut off percentages, are forced to join these private institutes after paying enormous fees which they can not afford ? I do not know!