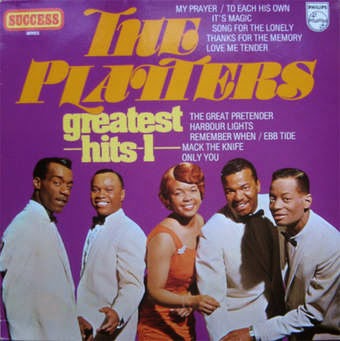 The Platters,formed in Los Angeles in 1953, were one of the most successful vocal groups of the early rock and roll era. In 1958 they came out with a song that was written as a show tune way back in 1933 called as "Smoke Gets in Your Eyes." It became a number one hit on the U.S. Billboard Hot 100, number three on the R&B charts in 1959 and also on the UK charts.


If you can not see the embedded video on your android devices, here is the link. http://youtu.be/57tK6aQS_H0 You can also copy and paste the link in your You Tube App. If that also does not work, search You tube, The Platters, something gets in your eyes

Email ThisBlogThis!Share to TwitterShare to FacebookShare to Pinterest
Labels: Long forgotten musical tracks, something gets in your eyes, The Platters