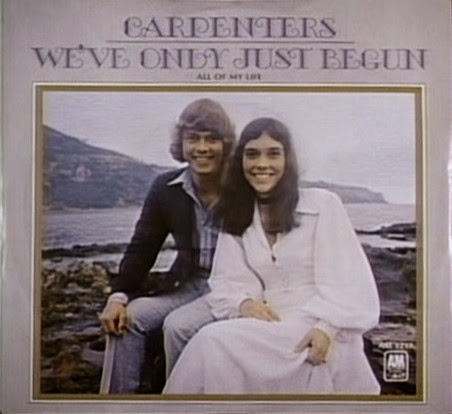 This week we return to 'The Crapenters,' whose song 'For all we know,' was included here a few months before. "We've Only Just Begun" is a hit single by The Carpenters. Released in summer of 1970, it hit #1 on the Cash Box singles chart and #2 on the U.S. Billboard Hot 100. It turned out to be second million-selling Gold single for the siblings, who considered it to be their signature song. The song was ranked at #405 on Rolling Stone magazine's list of "The 500 Greatest Songs of All Time".


If you can not see the embedded video on your android devices, here is the link. http://youtu.be/__VQX2Xn7tI You can also copy and paste the link in your You Tube App. If that also does not work, search You tube, The Carpenters, We've Only Just Begun