Indian Council of Historical Research (ICHR) and the caste system 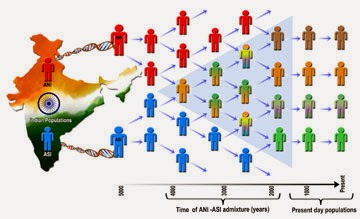 In the month of August 2013, a research report was published in the issue of 'American Journal of Human Genetics.' titled as 'Genetic Evidence for Recent Population Mixture in India' and authored by Scientists from Harvard Medical School and the CSIR-Centre for Cellular and Molecular Biology in Hyderabad on a project undertaken by a group of scientists. This report came up with a few very interesting observations carried out under this project that can be summarized in a few words as given below:

Much has been said about the social impact of India's ancient caste system and how it brought about segregation and isolation of a large section of Indian society known as lower classes. Bringing about injustice and castigations to live a lowly life. This report brings up another evil brought in by this social system as the genetic evidence claims that population-specific diseases of the Indian population increased to high level because of the segregation of the society into a caste system prevalent in India from 1st century CE. 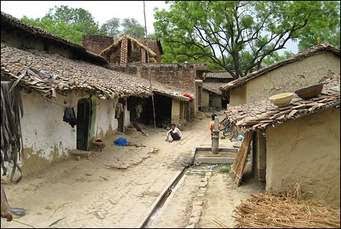 Why and how India's caste system originated may never be known. Perhaps ancients had their own reasons to introduce this in the society. Let us not go into that. Question is what is being done now to get rid of this system that has engulfed the Indian society for two millenniums. I have been always at loss, when I find modern day people following tenets that were written thousand or two thousand years ago believing them to be valid even for the modern world. India's caste system can be easily included in this list of tenets. I am therefore feel quite amazed, when I find proponents of such ancient tenets even today, who insist on harping about validity of these ancient tenets and how relevant they are even today.

Recently appointed chairman of Indian Council of Historical Research (ICHR), Mr. Yellapragada Sudershan Rao, appears to be one such person , who is a proponent of this ancient social system. It is quite ironic, that a person, who is in charge of a body that promotes historical research, is a votary of the ancient cast system. Mr Rao came up with strange arguments in his blog written in 2007, titled as 'Indian Caste System: A Reappraisal' that clearly reflect, which, as historian D N Jha says; shows his primitive mentality. Mr Rao says and I quote:

“ Positive aspects of Indian culture are so deep that the merits of ancient systems would be rejuvenated. The (caste) system was working well in ancient times and we do not find any complaint from any quarters against it. It is often misinterpreted as an exploitative social system for retaining economic and social status of certain vested interests of the ruling class."

To justify his claims Mr. Rao makes a strange distinction between the caste system and varna system. ( Frankly I do not understand , what is he trying to say!) He says that while the caste system classifies the community, the varna classifies the functions of an individual. "Varna leads one to moksha (the liberation of the soul) while caste system is meant for the material and human resource management of a civilized society." Further, according to him the social customs in India, which segregated and isolated the lower castes, did not exist from ancient times but could be traced to this period of Muslim rule in north India spanning over seven centuries. Something that is proved by the genetic research mentioned above. He further argues:

"Misunderstandings of the system may be ascribed to misreading of the texts of Dharmasastras and the impact of the modern 'democratic' and electoral politics. Ancient system of caste organization has been turned into casteism, which negates the very purpose of the system." 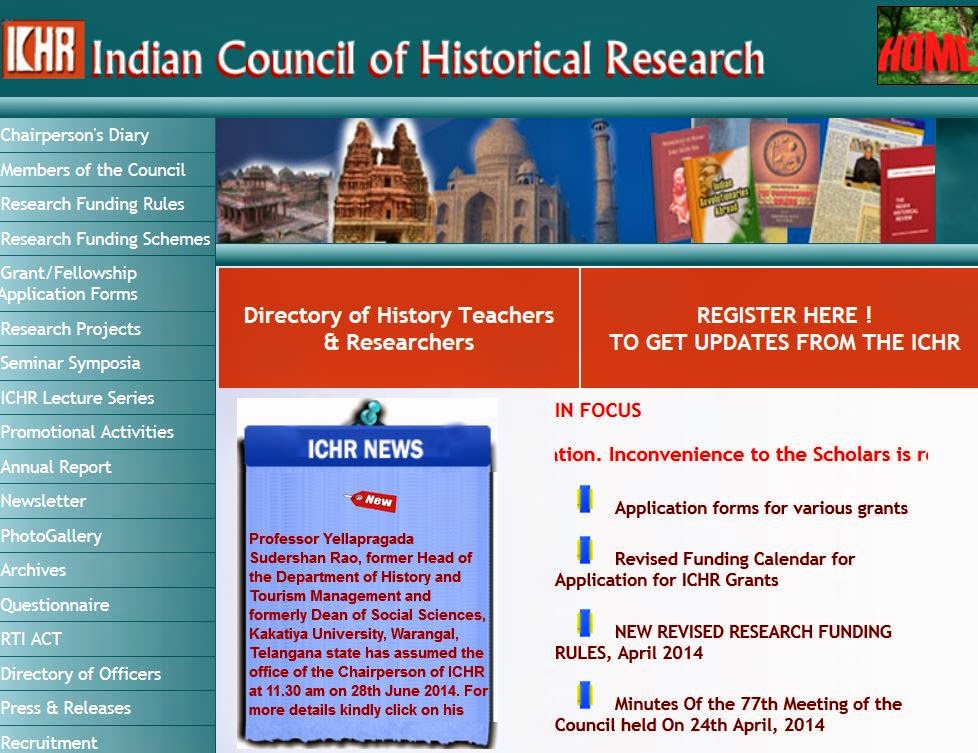 This one really is a strange argument. We all know that Manusmriti, a book written in 1st century AD expressly forbade intermarriage between castes, Mr Rao comes up and says that these social traditions came up during Muslim rule or in the last millennium. I believe that the least that Indian Council of Historical Research (ICHR) can now do is to say honourable good bye to its chairman, who should be left alone to write his own blogs.