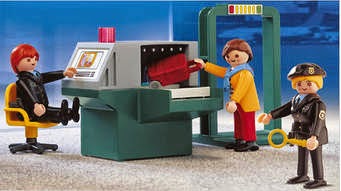 My Toshiba laptop is two years old. The internal battery somehow has gone bad and I can not start the laptop unless I power it with AC mains supply first. I inquired about getting a replacement battery from Toshiba, but was told that laptop batteries are out of stock and they shall intimate to me, when the stock arrives. There is nothing that can be done so I have placed an order for a new battery with them and wait for the replacement battery to arrive. This however did not create any problems for me so far, while travelling by air, because no one cared, whether my laptop batteries are in working order or not while travelling and I have been able to carry my laptop along with me on number of flights with ease.

This is however not going to happen hence fourth. US authorities have announced recently that air travellers with smartphones or other electronic devices must be able to turn them on batteries to take them aboard an aircraft under new security measures. Security officers now may ask that owners power up some electronic devices including cellphones and laptops during the security examination.

Department of transport in UK has been more explicit. They say that they have issued new guidelines according to which any electronic device that has a flat battery will not be allowed on America-bound flights. The advisory says:

"Make sure electronic devices are charged before travel." and warn "If your device doesn't switch on, you won't be allowed to bring it onto the aircraft. All electronic devices are screened by security officers. During the security examination, officers may also ask owners to power up some devices, including phones. Powerless devices will not be permitted on board the aircraft. The traveller may also undergo additional screening."

The new guidelines make it mandatory for airport security staff to routinely test smart phones and computers for traces of explosives. This is certainly an additional hassle for air passengers, who face so many constraint as it is. At present, one can not carry any liquids including water while going through security checks. No jells, creams, pastes are allowed. Even the safety razor has to go inside the checked in baggage. These additional restrain adds to the difficulties, passengers are facing already. 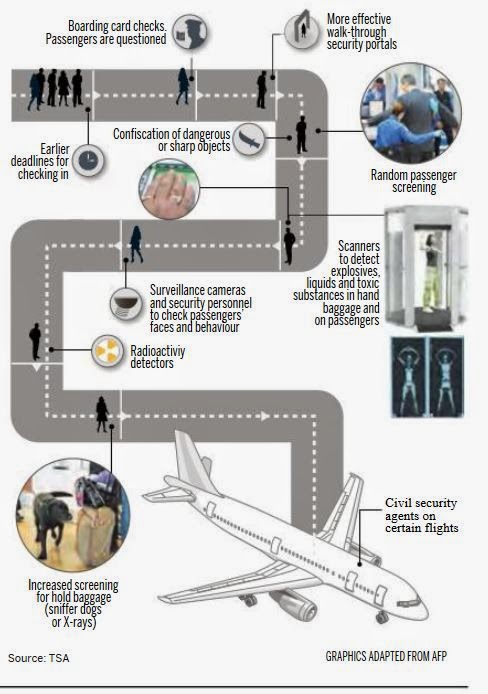 Why this sudden change? There appears to be a important and serious reason for that. As expected the reason is nothing but a new terror threat perception. Western intelligence services say that, based on real-time intelligence, Al-Qaeda in the Arabian Peninsula (AQAP), the Yemen-based branch of the terror network founded by the late Osama bin Laden, is passing on sophisticated bomb-making expertise to militants fighting in Syria for use against Western targets - most prominently, passenger aircraft. Experts say that a 32-year-old Saudi citizen, Ibrahim al-Asiri, hiding out with AQAP in Yemen's restive southern provinces is believed to be behind the threat of a new generation of bombs. As a result hundreds of militants travelling from Europe to fight in the Middle East, could pose a security risk on their return. Most European passport-holders do not need a visa to travel to the US.

The security threat might be real but what this new generation of bomb making expertise has to do with the smartphones and the laptops- would be natural question that comes to the mind. US officials say that smartphones - especially iPhones and Samsung Galaxy handsets could be used as "stealth" bombs by Qaida terrorists, who have found a way to turn them into explosive devices and intend to use them on commercial flights. The batteries inside these devices take a large volume of space and perhaps this is where the explosives are hidden. So obviously if there is no battery in such devices they can never be powered up. This is perhaps the rationale behind this new security measure. If you can power your smartphone, obviously there is only a battery inside, isn't it?

I am quite sure that the new security measure would soon be followed up by all major airports around the world including India, creating more trouble for the travellers. Airlines may soon start advising passengers bound for US to report earlier so that they can undergo more stringent security measures. On personal level, I must follow up with Toshiba and try to get replacement battery for my laptop or give up any hopes of carrying it with me during next air travel. It is a tough life to be an air traveler.