Fear is the key, even for a terrorist 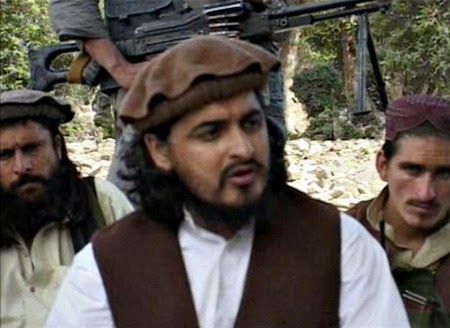 Area of North Waziristan Agency, on the border between Pakistan and Afghanistan and part of Federally Administered Tribal Areas of Pakistan, is perhaps one of the most dangerous areas in the world. Dandey Darpa khel village lies about five Kilometres north of Miranshah town, administrative headquarters of the North Waziristan Agency. This sleepy village and surrounding areas were once the hub of a terrorist network known as the Haqqani network, led by Pakistani Taliban or Tehreek-e-Taleban Pakistan (TTP) leader Hakimullah Mehsud, a militant faction blamed for some of the most high-profile attacks in Afghanistan in recent years. Hakimullah Mehsud, was killed by a United States drone strike in first week of November 2014.

In spite of his being killed, Mehsud continued to be a hero with his followers in this region. His followers considered it a duty or a honour to keep distinctive long-haired, bearded look and flowing hair locks, just like him. The trend had become so common that, when we think of a person believed to be a terrorist, we naturally assume that he would have a long-haired, bearded look. Over the years, Taliban have terrorised people of north Vaziristan by bombing and maiming thousands of people in their fight to install an austere syariah regime in Pakistan.

Pakistan's federal Government have been trying to open a dialogue with North Vaziristan terrorists for quite some time now. However things have only changed from bad to worst. Pakistani army finally told the Government that they have decided to move in north Vaziristan for the final push to solve the problem once and for all. The recent attack on Karachi airport by terrorists is believed to be in response to the Pakistani army's likely offensive. 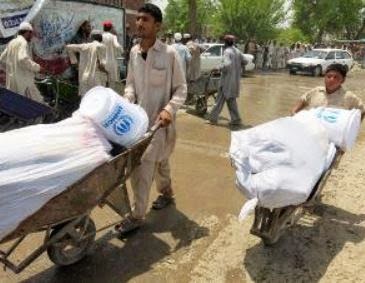 However, as the news of imminent Pakistani offensive in North Vaziristan broke out, there was wide spread panic for the ordinary people of North Vaziristan and nearly half a million fled, some to Afghanistan, after crossing the border. Thousands of refugees have poured across the lawless border into ramshackle camps on rugged hills in Afghanistan. Afghan Authorities in Khost province are offering a warm welcome and do whatever little they can to shelter the newcomers. 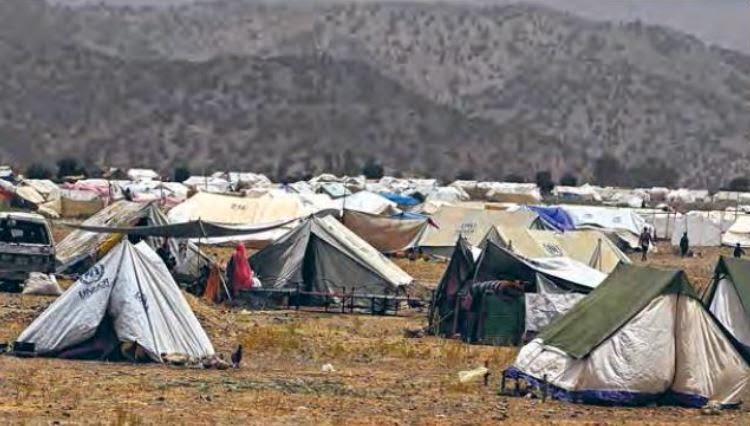 However their principal worry is that of Taliban militants may be hiding amongst the refugees. Afghan intelligence officers and the army are uneasy because some refugees from North Waziristan province could be actually Islamist activists of the Pakistani Taliban, the target of Pakistan's offensive. It appears that their worry is based on real facts because of the conformation, that has come from somewhere else.

Most of the people who have fled North Vaziristan have actually moved to Bannu, the principal city of the Bannu District in adjoining Khyber Pakhtunkhwa province of Pakistan. About 70% of them are possibly women and children. It is not known whether the displaced people, who include 86 Hindu and Christian families, would be able to return from their camps in Bannu town to their homes. The displaced Hindus and Christians have taken shelter in two missionary schools in the town—Janbaz Catholic Missionary School and Pannell Missionary High School.

Mr Azam Khan is one such refugee, who has fled North Vaziristan to Bannu and works as a barber. Just a month back, he was one of the top barbers in Miranshah, the main town of North Waziristan. He says that his barber business boomed in the months leading up to the assault because terrorists, all alikes of Hakimullah Mehsud, now wanted to shed their distinctive long-haired, bearded look. Another Miranshah shopkeeper Hikmatullah Khan says that these fighters were indulging themselves with fancy imported goods and stocking up on grooming products. Mr Azam Khan adds: 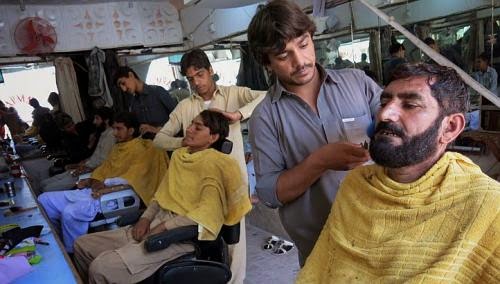 "I trimmed the hair and beards of more than 700 local and Uzbek militants ahead of the offensive. I once snipped the hair of Taleban commanders to match the flowing locks of former Tehreek-e-Taleban Pakistan (TTP) leader Hakimullah Mehsud. The same leaders came asking to have their beards and hair trimmed very short, saying they were going to the Gulf and wanted to avoid problems at Pakistani airports.”

I find this very interesting from human behaviour point of view. With the fear of real Pakistani army onslaught on them, these fundamentalist terrorists, who earlier wanted to impose an austere syariah regime on others, actually wanted to suddenly change their appearance, which proves that the fear is the real key to our behaviour even for a terrorist.