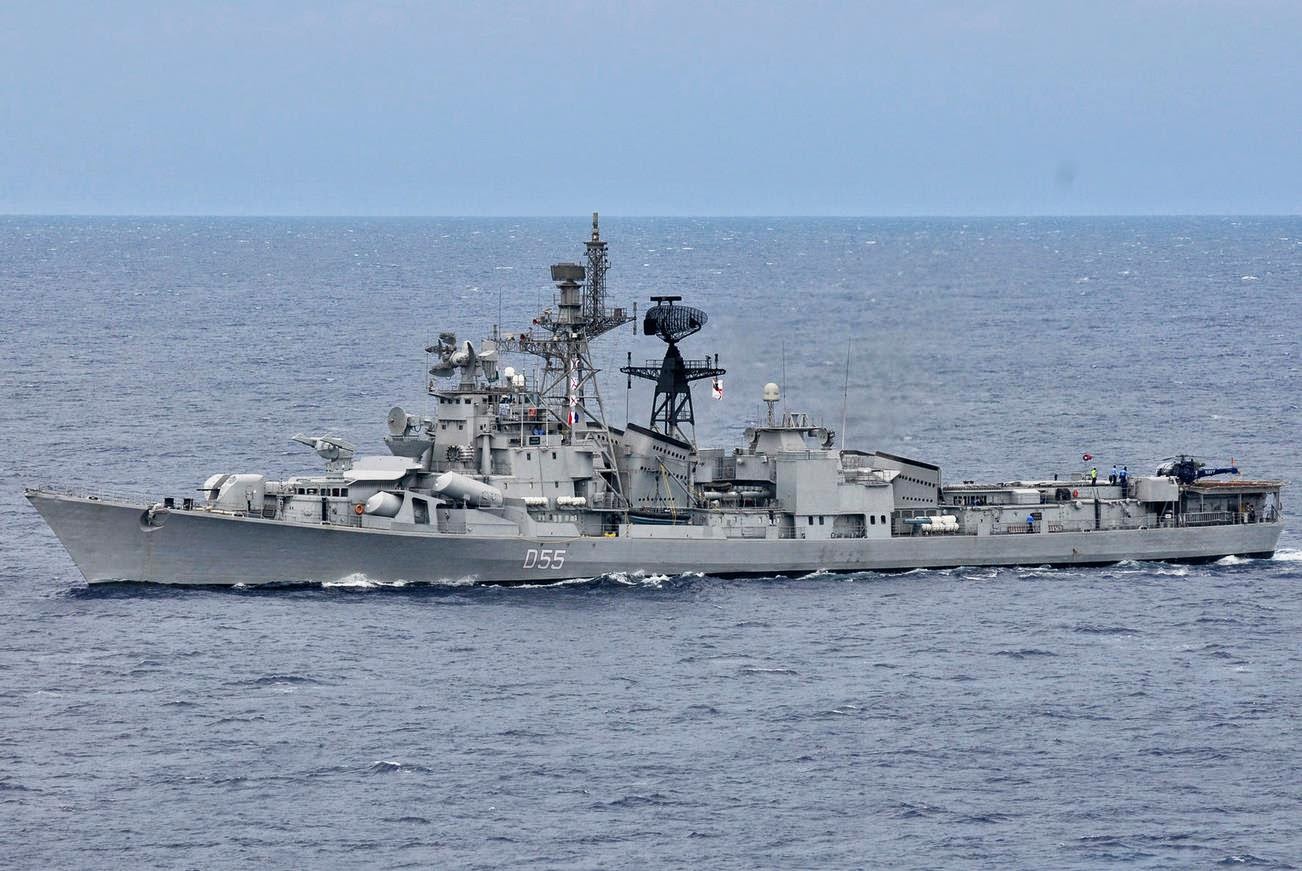 India and US navies carry out a bilateral naval exercise every year on high seas. This annual exercise, code named as “Malbar,” was held first in 1992, and includes diverse activities, ranging from fighter combat operations from aircraft carriers, through Maritime Interdiction Operations Exercises. In early years this exercise did not involve complex operations. For example in the year 2002, the exercises comprised of basic passing maneuvers among naval vessels, anti-submarine exercises and replenishment-at-sea drills. However, the complexity has been growing over the years.

Aircraft carriers USS Nimitz of US Navy and INS Viraat of Indian Navy participated for the first time in “Malbar” during 2005, when US and Indian forces collaborated for a month on a wide variety of tasks ranging from a joint diving salvage operation to a 24-hour 'war at sea' simulation that saw the two forces engage in mock combat. Till 2007, “Malbar” was carried out in the Indian ocean, but in year 2007, it was held for the first time outside of Indian ocean- off the Japanese Island of Okinawa. In that year, Japan, Australia and Singapore also had joined the maneuvers . In the year 2009,, Japan Maritime Self Defense Force was invited to join the exercise, held off the coast of Japan.

China has been viewing suspiciously at the multilateral exercises and had reacted angrily when Japan, Australia and Singapore joined the maneuvers in 2007. However after 2009, no third party was invited again, though Indian defence experts had criticized India's decision to back down from multilateral exercises because the observers had felt that New Delhi was reluctant to include Japan as the drills would be seen as being aimed at containing China. India and Japan however did conduct a bilateral exercises in 2012, when, the countries' coast guards staged joint maneuvers in the Arabian Sea. 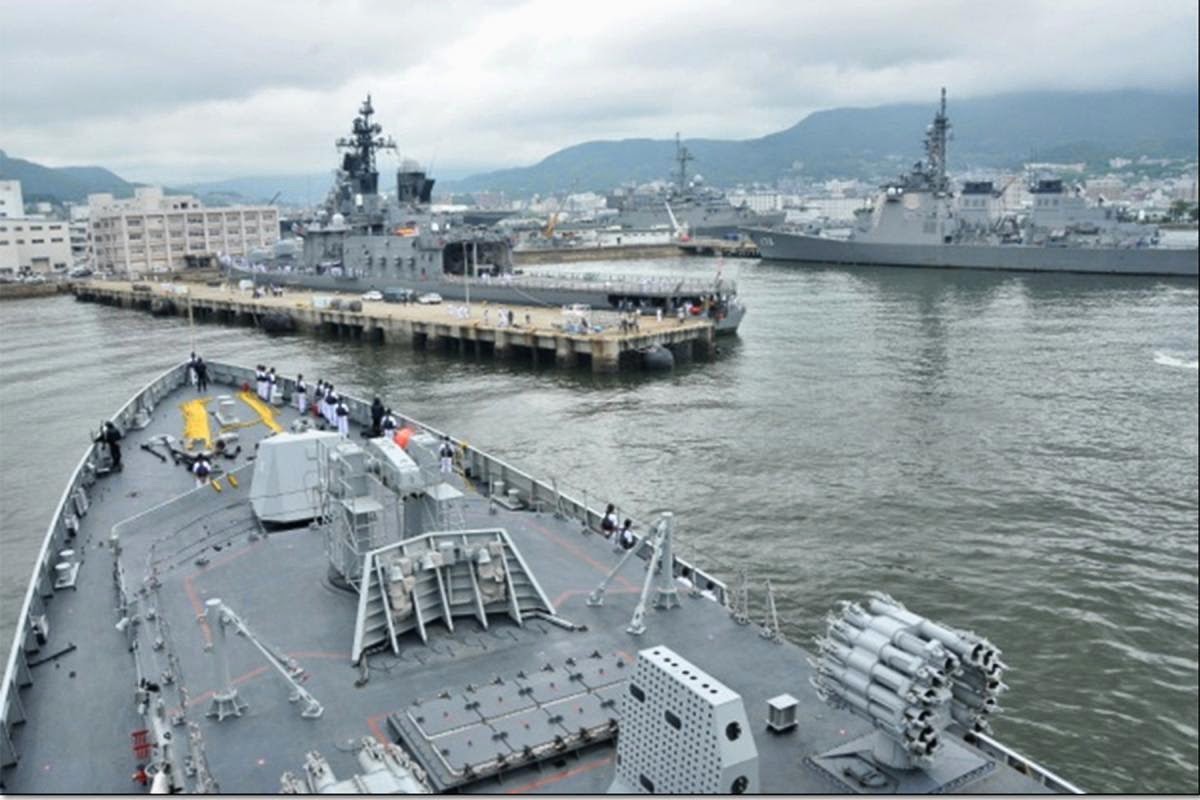 This year (2014) in spite of Chinese resentment, India has agreed after a gap of 5 years to a long-pending Japanese request to participate in the India-U.S. “Malabar” naval exercises, although the invitation to Japan was finally extended during the final months of the UPA government's second term.

Malbar 2014 commenced on 24 July 2014 at Sasebo Naval Base, Japan. The exercise will involve Carrier strike group operations, Maritime patrol and Reconnaissance operations, anti piracy operations and Visit, board, search, and seizure (VBSS) operations, Search and rescue exercises, helicopter cross-deck landings, Underway replenishment, gunnery and anti-submarine warfare exercises, and Liaison officer exchange and embarkation. To begin with 3 Indian warships have joined ships of the Navies of Japan and US. A US Navy carrier is likely to join the exercise later. Analysts in India say that New Delhi's decision to invite Japan this year signals a more confident and forceful maritime policy. 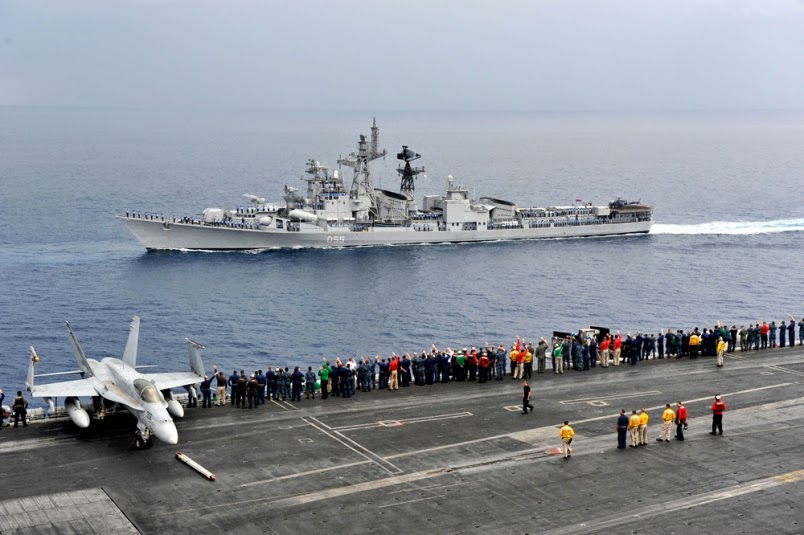 Initial Chinese reaction to Japan's participation in 'Malbar' 2014 was cautious and guarded one. Chinese Foreign Ministry spokesperson said: “We have noticed the relevant moves, and we hope that the actions by the relevant countries can move in this direction and should be helpful to build mutual trust among these countries and regional peace and stability.”

On 27th July 2014, Beijing suddenly announced that it would be holding military drills from 28th July 2014, across the East and South China Seas. These drills were in addition to the live fire drills off Beibu Bay, or the Gulf of Tonkin, near Vietnam and drills in the Bohai Strait that both end on 1st of August 2014. Chinese Ministry of National Defence said in a statement on its website that these newly announced exercises were routine one, but observers note that the scale of the current drills is bigger than in the past and it may be difficult to call the two exercises being held at the same time, as a mere coincidence. India and Japan are both embroiled in territorial disputes with China and share worries about Beijing's military ambitions. In the East China Sea, Japan and China both lay claim to a chain of uninhabited islands known as Senkaku in Japanese and Diaoyu by the Chinese.

Widespread disruptions of air traffic are likely to happen on Chinese mainland due to exercise. China's defence ministry announced on 27th July 2014 that it has set up alternative flight routes to minimize delays related to military exercises along its southeastern coast and the exercises are part of regularly scheduled drills aiming to improve the military's ability to operate under simulated war conditions. Ministry gave no details about where exactly the drills would take place, but said officers have been dispatched to regional airports to facilitate the shifting of civilian flights to alternative routes to reduce the impact on travelers and the military has also designated corridors of protected air space to reduce disruptions.

It is obvious to anyone, that Chinese are not carrying out any routine exercise. It is certainly the Chinese response to “Malbar” 2014 and Japanese participation in it. Mr Suh Jin Young, a professor emeritus of Chinese politics at Seoul’s Korea University, says about current drills by Chinese navy; “what’s different from the past is that China is doing it in a more high-profile way, which does make China appear to be raising military tensions. But in Chinese eyes, the tensions were begun by the US and Japan, and China thinks it’s only conducting, what it has been doing annually.”