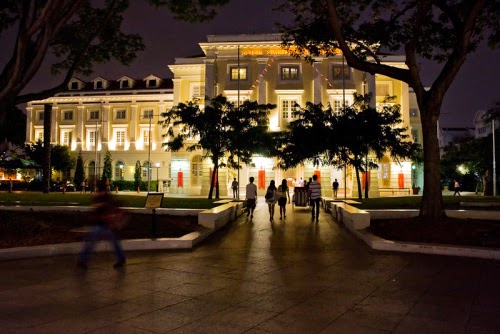 I have covered previously in a number of blog posts, the criminal acts of the hard core crook, Subhash Chandra Kapoor, who stole priceless ancient idols and bronzes from temples in India and sold them to museums all over the world as legitimate imports through his New York gallery, “ Art of the past.” Subhash Chandra Kapoor, now in a Chennai jail, is the the mastermind behind many thefts of ancient idols and bronzes from temples of India. From the information collected from informants and email correspondences between Kapoor and his co-conspirators and gallery owners, it is becoming increasingly clear that many museums across the world, who accepted false provenance certificates produced by Kapoor and have hitherto kept claiming that they followed due diligence before purchasing them and their transactions were legitimate are finding that they have been cheated by Kapoor. This list of museums now includes National Gallery of Australia, Asian Civilisations Museum in Singapore, Peabbody Essex Museum in Salem, Massachusetts, USA and the Art Gallery of New South Wales, Australia. In February 2014, The National Gallery of Australia (NGA)in Canberra, publicly acknowledged that it was cheated by Kapoor when they  bought a stolen 1,000-year-old bronze Nataraja idol from Kapoor for US $5 million. Between 2006 and 2008, about 18 ancient bronze sculptures were stolen by Kapoor from temples in Tamil Nadu state of India. Among them were two of Nataraja and two of goddess Uma, all shipped to the U.S. 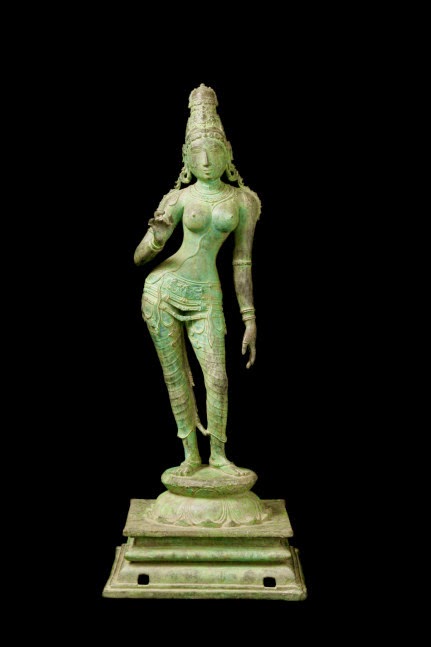 Out of these 18 stolen idols, whereabouts of only a few were found so far. Besides the “Nataraja’ idols, one more  idol was confirmed by Singapore’s “The Asian Civilizations Museum’ in December 2013, to be in its possession-that of Hindu Goddess Uma Parmeshwari-an 11th century bronze sculpture stolen from the Sivan Temple in India’s Ariyalur District in 2005 or 2006,. So far it was thought that Kapoor had stolen idols from Hindu temples only. 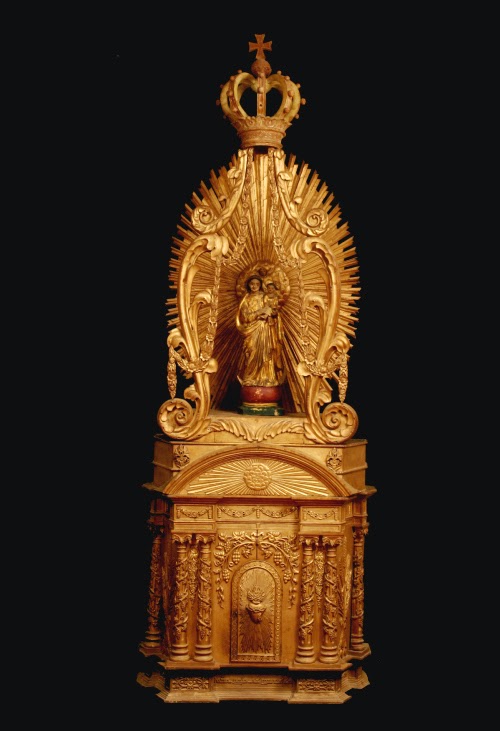 However, Singapore museum’s announcement that it also had in its possession a late 18th century gilded virgin Mary and Christ altar originally located in a church in Goa, India, proved that kapoor’s activities were not limited to Hindu temples but were spread much wider.

“CHASING APHRODITE” is a blog, written by former Los Angeles Times reporter Jason Felch and dedicated to tracking illicit antiquities in museums around the world. In a major revelation this blog published for the first time, details  of 10 antiquities sold by Kapoor to Singapore museum as follows and I quote:
“1.Jina Rishabhanatha, M5378 South India, late 18th – early 19th century,US$ 25,000.00, 2. Guru Garanth Sahib, M5831 Manuscript Punjab, Lahore, 19th century US$15,000.00, 3.Folio from a Mahabharata Series, P2458 South India, Seringpatnam, circa 1670-Gouache and gold on paper US$ 25,000.00, 4. Adulation of Shri Nath-ji P2727 Rajasthan, Nathdawara, circa 1870 US$ 12,000.00, 5. The Siege of Lanka P3009 Kangra, ca. 1820 Gouache and gold on paper US$ 75,000.00, 6. Rama and His Army Crossing to Lanka P3014 Kangra, ca. 1820 Gouache and gold on paper, US$ 75,000.00, 7. Guru Nanak Dev with Bala and Mardana P0811 Deccan, circa 1700-1720 Gouache and gold on paper US$ 9,000.00, 8. Ram,Lakshman, Sita in River P3010, Kangra, ca. 1820 Gouache and gold on paper US$ 50,000.00, 9. Ram Lskshman Leaving P3012,Kangra, ca. 1820 Gouache and gold on paper US$ 60,000.00, 10. Mica Muharram Procession P1847 Delhi or Jaipur 19th century, US$ 3,500.00.”
According to this blog Total value of the stolen artefacts listed above, as paid by Singapore museum was US$ 240,000.00 after discounts. The blog also claimed that Singapore museum probably has even more artefacts in its possession and The total value of the museum’s acquisitions from Kapoor in the period 1997 and 2010, works out to be US$1,192,881.
Rattled by accusations of trafficking in Millions of Dollars’ worth of stolen artefacts, Singapore’s “Asian Civilizations Museum” has now come out and published the full list of 30 works of art it has acquired from Kapoor, over the years.
The museum says that actually the total value of acquisitions between 1997 and 2010 from Kapoor works out to US$ 1,328,250.00. The 30 artefacts dating from 3rd to 19th century include sculptures, paintings, architectural fragments, ancient rattles and manuscripts. They range in price from US$ 3500 to US$ 650,000 each.
Some of the items were previously exhibited and a stone sculpture of Nandi the Bull, bought for US$ 55,250 is on display at the museum. The museum also has accepted the details given on his blog by Jason Felch as more or less correct with only one error.
The museum says that at the point of purchase, the museum believed that the objects were legally and ethically acquired and its purchases followed its acquisition procedures strictly and all possible checks were made on the origin and legitimacy of the artefacts.
A museum spokesman says that the museum is ready to take all necessary steps in accordance with international laws and practices to return any objects proven to be stolen or looted, though American and Indian authorities have not approached the museum as yet with any request for information or assistance.

Readers may also like to read my earlier blog posts on this subject.
1.    Australian museum accepts having bought a stolen idol from India: Part I
2.    Would this ever end?
3.    Tip of an iceberg
4.    Sisterly love or partners in crime
5.    How to steal history?
6.    Suthamalli Nataraja