Pay for your meals by weight 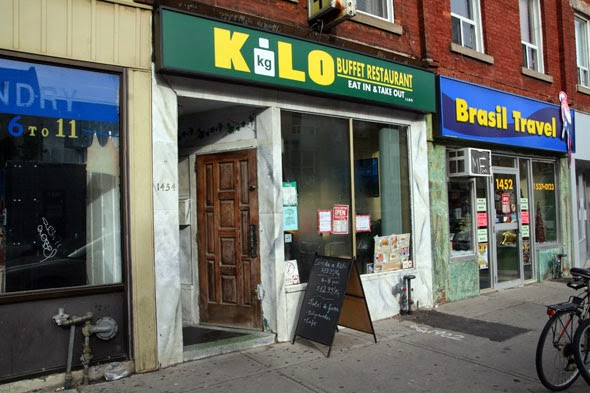 There was a time, when I loved eating out in a restaurant. I used to like different types of cuisines from all over the world, offered in specialty eateries like say Italian or Mexican foods. Some places offered buffet lunches on Sundays. I found these particularly mouth watering, because of the lavish spread of dishes and wide choice offered at a reasonable cost. I could eat here to my heart's content. 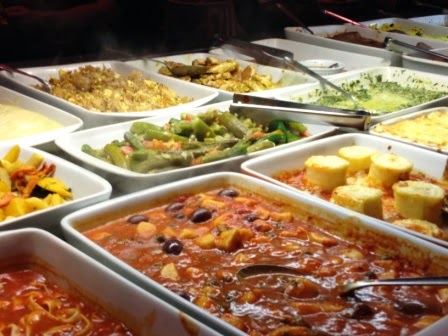 Things have changed for me with advancing age. These days I eat much less. About three weeks ago I had gone to a club, where a wonderful Sunday buffet lunch was laid. There was no doubt that it was a great deal as the cost was quite reasonable and the spread really great. Yet I decided not to try it and ordered a la carte dishes for the simple reason that I could order only the dishes with small portion sizes that I would be able to finish easily.

Finishing everything to the last bite, served on my dining plate, is so much ingrained in me that I hate to see if someone around leaves things in his plate and which later gets thrown away as leftover food. When I was young, we had a strict rule on the dining table in our house that not even a gram of eatable food should be left in the plates, which would have to be thrown away. The problem however comes, when we are eating in restaurants and the portions served are very large. This usually happens when dining out. With buffet lunches and dinners, I usually serve myself just enough so that I can finish off the food. But with my reduced consumption of food as such, this option is no longer workable, particularly when the Buffet is laid in a restaurant, as it is not value for money spent. I pay here a fixed charge, which is usually very high and then eat so little. 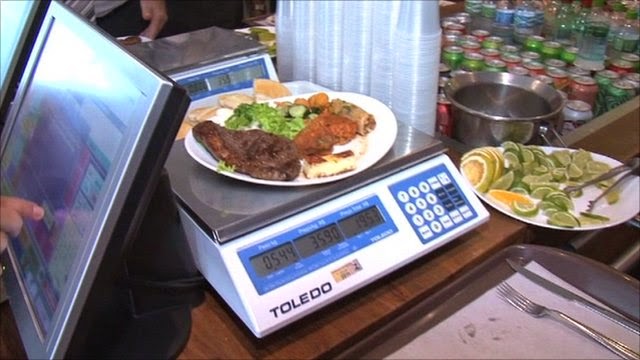 I recently came to know that there are restaurant chains in Brazilian cities and towns, popularly known as “Kilo” restaurants. One can find these in most Brazilian shopping malls and even on the airports. These so called “Kilo” restaurants essentially offer buffet spreads but charge the customers by the weight of the food they choose and serve gthemslves. The spreads offered are real treats for the foodies. Salads, rice and beans are the norm but some restaurants offer pasta, barbecued meats and even sushi, which is very popular with Brazilians. The cost depends upon the overall varieties of food that are on offer. Smaller eateries may offer about 20 varieties but bigger ones even can go upto as many as 40 dishes. The amount charged usually varies from 4 Brazilian real or US$1.79 to about 7 real ( US$3.13) per 100 grams of food. 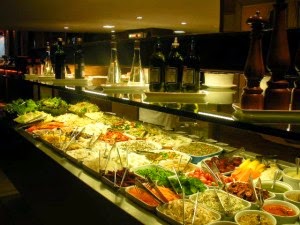 For meat lovers, its a deal and a great value of money, because all kinds of meats are charged at the same rate as that of rice, beans and pasta. If a foodie wants to eat say 1 Kg of food, he would have to shell out about 50 Brazilian Real or US$ 22.42. This food is not exactly cheap by any standards, but since the food is great, the concept has become very popular. There is a small catch though. The serving plates are rather heavy and their weight is also included in the weight of the food for which customer has to pay. Also people tend to fill up their plates and serve themselves much more that they actually need with so much of variety available. Both these things work to the advantage of the restauranteurs. The experience of most customers is that they tend to over-stuff themselves.

I find that for people like me, this concept is really great. Suppose I want to eat a little rice and beans, I could even manage it just in 2 Real or US$0.90 and there is no wastage of food at all. I would hope that the concept is picked up by restauranteurs in India. With India's imaginative businessmen, we can even have slab rates for food. The possibilities are immense. Just think! Why not pay for our food by Kilos?