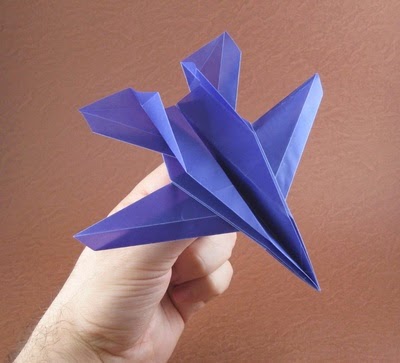 All of us must have flown paper planes in our school and college days. I had studied in an all boys school, which meant that many a times, our classrooms, particularly during the recesses, would resemble something similar to a battle field. The Air power for the battles was usually used to be provided by the paper planes, which continuously flew overhead. The pages from our exercise books used to be particularly very handy, as they used to be of the right size and the paper had right thickness too. An exercise book page could be converted into a flying machine in a few seconds and could be aimed so well at opponents. Our parents never understood, how we ran through exercise books so fast and had high opinion about the teaching standards. We boys only knew the little trade secret.

After completing the school, I joined a college, which had co-education pattern or there were also girls as our co-students. The classroom situation became more sober and civilized except for one thing; the paper planes still continued to fly overhead-in between two lectures- or when no lecturer could be seen around. Many of our classrooms used to have benches arranged in sloping positions, so that everyone could see and listen to the lecturer. The arrangement was perfect for flying paper planes as a plane launched from the rear elevated benches would beautifully glide down towards the front and could be aimed at people sitting in the front, which by convention would be girls from the class. Though it was a very mild form of eve teasing, girls never really minded it and sometimes even threw the paper planes back at the boys. 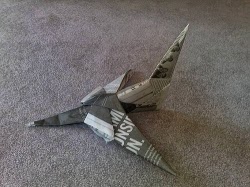 No one in India however takes the art of making paper planes, based strictly or Origami skills, seriously. After I left college, I never made any paper planes till my son was old enough and then I made some paper planes to teach him the art. However, in many Asian countries, art of paper plane making is taken very seriously. In countries like Thailand and Japan there are competitions held at various levels, in which the competitors bring their own planes and fly them. Whosoever can make a plane on the spot by folding a piece of paper several times and can then manage to keep his plane floating in the air for the longest time, wins the competition. There are even national airplane championship held every year in these countries. 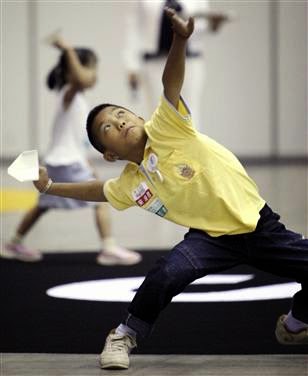 I remember the case of a 12 year old boy; Mong Thongdee, who had won a national paper airplane championship in Thailand in August 2008 after he threw a plane that flew for 12 second. He was later chosen to attend the Japanese contest in Chiba, near Tokyo. But Mong, who lives in Chiang Mai in northern Thailand, is the son of Myanmar migrants, who are stateless and so have no legal right to travel abroad. Mong's ethnic 'Shan' parents have only temporary permission to live and work in Thailand, so although he was born in the country he had only temporary resident status. His initial application for temporary passport was denied by the bureaucracy. Then the story dominated the front pages of Thai newspapers, and a national lawyers' council petitioned the court on his behalf. The refusal had captured the hearts of many Thais and at the end he was granted a temporary passport. Mong went on to win third place in the division for elementary school students in the Japanese paper airplane contest with a timing of 10.53 seconds. In an earlier exhibition, Mong's airplane had stayed in the air for 16.45 seconds.

Mong's performance, though extremely credible, is nowhere near the world records. In 1998, U.S. Air Force aeronautical engineer Ken Blackburn had tossed an unpowered paper plane in Atlanta's Georgia Dome that flew for 27.6 seconds, a Guinness World Record that was surpassed by a Japanese origami expert who managed to keep his airplane afloat for 27.9 seconds. 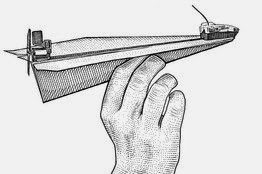 Now, with the use of drones becoming wide spread and popular, even this age old hobby of paper plane flying has found new enthusiasts and applications. Chuck Pell, a scientist and an inventor is one such paper plane enthusiast. He keeps on making paper planes which mostly nose dive except for few, which can perform few loops in air. That was so until he came into contact with a former Israeli Air Force pilot Shai Goitein, who has invented a add on contraption which he calls as 'PowerUp 3.0.' It is a lightweight guidance-and-propulsion system powered by a dime-size battery. It clips onto origami aircraft and connects to iPhones using Bluetooth, transforming them into remote-control drones. Goitein sent one of the first 50 kits of PowerUp 3.0 to Chuck Pell in February 2014. Chuck pell found that the contraption was so good as it could convert the old unreliable paper plane into a regular drone. 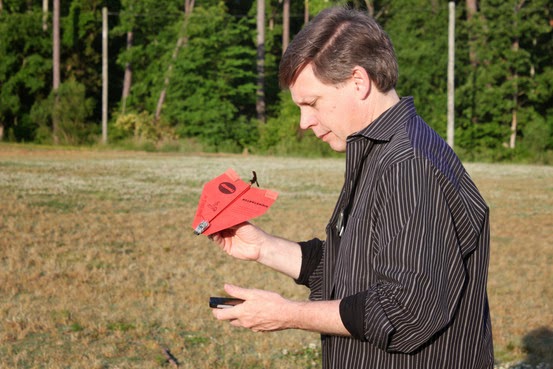 Mr. Goitein has managed to convert his idea into a successful commercial enterprise after generating US$50000 as equity capital on the net within 8 hours. PowerUp Kit costs US$ 50. It may sound expensive but it converts the simple paper plane into reusable drone that can give immense joy for a long time. A Swiss man has recently posted videos of himself flying his PowerUp paper plane for several minutes.

Flying paper planes is becoming an interesting and absorbing hobby.

(More information about these paper plane contraptions can be found here.)