Anything for my shoes 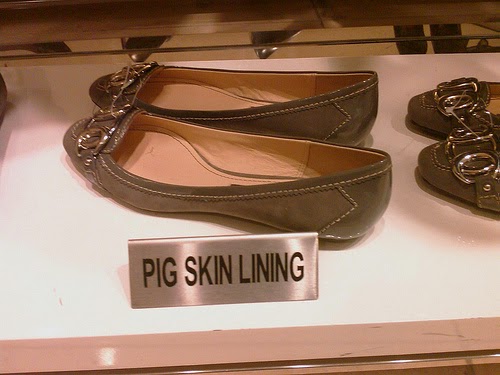 If there is one item of our daily ware that is simply neglected and abused in India, it is what we wear on our feet. Speaking historically, it was not even considered in past as an essential part of the attire at all. During my school days, many of my classmates used to attend the school without any footwear. Many villagers and tribal even today do not wear any footwear whatsoever. In many of India's hutment colonies, a woman wearing footwear is often an object of ridicule.

Off course that does not mean that I do not realise the importance of proper foot wear. I am quite choosy, when I select mu shoes, Nike happens to be my favourite brand. Yet the fact remains that I look at the shoes only from utilitarian point of view. I regard utility or usefulness of the shoes rather than the beauty, ornamentation and as long as my shoes are comfortable I do not care about the materials they are made from

With this kind of frame of mind, I was quite surprised to read read two stories involving shoes and was really amused with the importance people seem to to pay or attribute to footware. No! I am not writing about Imalda Marcos's legendary collection of 3000 shoes, but these stories are about ordinary people like you and I. The first of these two stories concerns a Muslim women, living in Singapore. About six months back, this 43 year old lady; Madam Nur Najwa Abdullah, bought a brand new pair of shoes for S$279 from a foot care chain shop “ Happy Walker.” She says that the sales staff had told her the shoes were made of calf skin. She started using the shoes and was quite pleased with the looks and the comfort they provided. 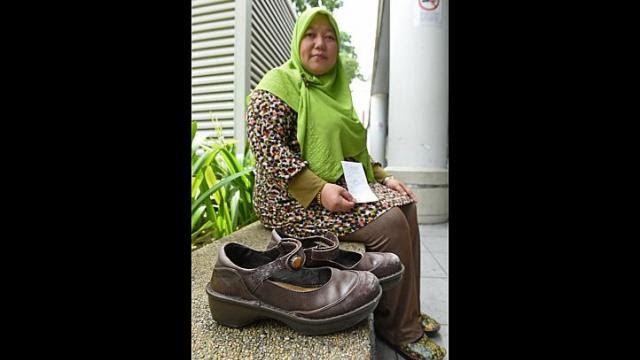 Sometime back she accidentally found out that that the shoes were lined with pig skin and felt extremely agitated and incensed with this fact. As a devout Muslim she has always believed that anything related to pork, such as the meat or skin, is unclean. She went back to the store and told them about the findings and asked them, why the staff had lied to her. The store says that actually they ware quite unaware about the pig skin liners inside the shoes and there was no question of making any false statements. Even then, to keep good customer relationship, they offered to refund 50% of the money paid, as the shoes were used for six months.

Mdam Abdullah is not happy about this and wants a full refund back. She has made complains to authorities. Islamic experts in Singapore are of the opinion that while the use of pig-skin products is not considered a sin, a Muslim should go through a cleansing ritual if he or she has used the product. 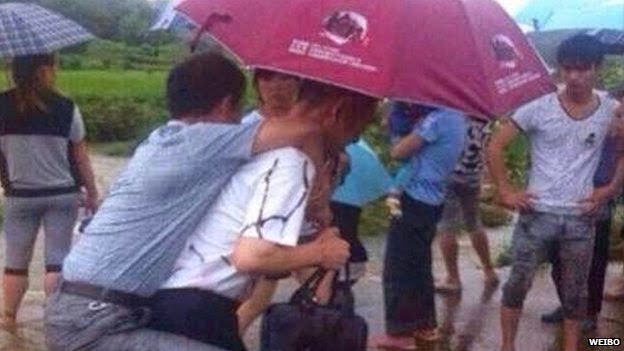 The second story is from Lantian village in the eastern province of Jiangxi in China. Torrential downpours have affected Jiangxi province since 16th June 2014, displacing more than 18,500 people. The Lantian village apparently has been flood hit because of the rain and still remains flooded in ankle deep water. A communist party official named Wang, was ordered to visit this village and report about the missing village children who had been lost because of flood and swollen river. When the official reached the village, he found the ground wet and submerged in ankle deep water. He was wearing brand new expensive shoes and became very weary that they might get spoiled because of the soggy soil and flood waters. A villager named Ding, who worked as a low-level clerk in the village, offered Wang a personal lift over a flooded path. But as he rode piggyback on the back of village clerk, someone shot his pictures and before anyone knew what is happening, the pictures were on internet and then all over social media. A blogger commented saying; "If you dare to put on airs, civilians will force you to step down," 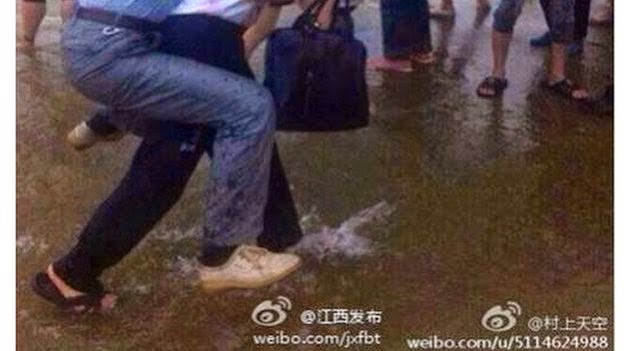 The authorities found all the criticism bit hard to digest and Wang was promptly sacked. Local authorities told him that his inappropriate act would have a negative social impact and tarnish the image of party officials. Wang's love for his shoes was really his undoing.

See what I mean? Do not be obsessed with your footware, just see that they are comfortable. Going in details might cost you your peace of mind or taking too much care of the shoes may even cost you your job. HaHa!