A tragedy beyond words 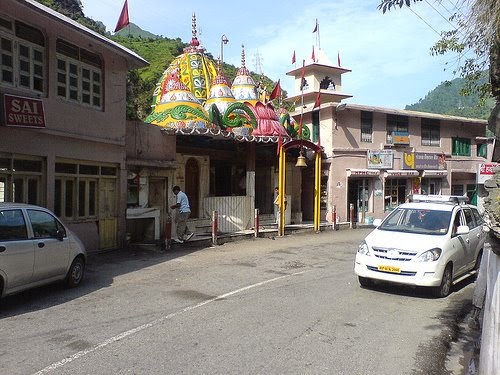 In the autumn of 2010, I had gone visiting northern parts of the Indian state of Karnataka. On my way back, while travelling from the town of Irkal to city of Solapur, I passed by a huge dam known as “Almatty” dam. Just next to the “Almatty” dam, a vast and beautiful park has been developed by the Government. Near the huge gate, which marks the entrance to the dam wall, a wooded small road led to the vast reservoir of water dammed by the wall. Being curious, I decided to walk down the small distance to the water. When I reached an open ground at end of the road, I found to my surprise that there was no access to the water reservoir as the reservoir was totally barricaded with a 7 or 8 feet high chain link fence. After inquiry, I found out that no visitors were allowed near the water as it was not considered safe.

This little incident comes back to my mind, when news of a most appalling and horrific tragedy in Himalayas is being reported by Indian media. A batch of 48 engineering students from VNR Institute of Engineering and Technology, situated in Bachupally on the outskirts of Hyderabad had left the city for an industrial tour on 3rd of June 2014. However, it appears now that their tour was not purely an industrial tour and also included some site seeing in the Himalayas, with hill stations of Shimla, Kullu and Manali included in their tour itinerary. 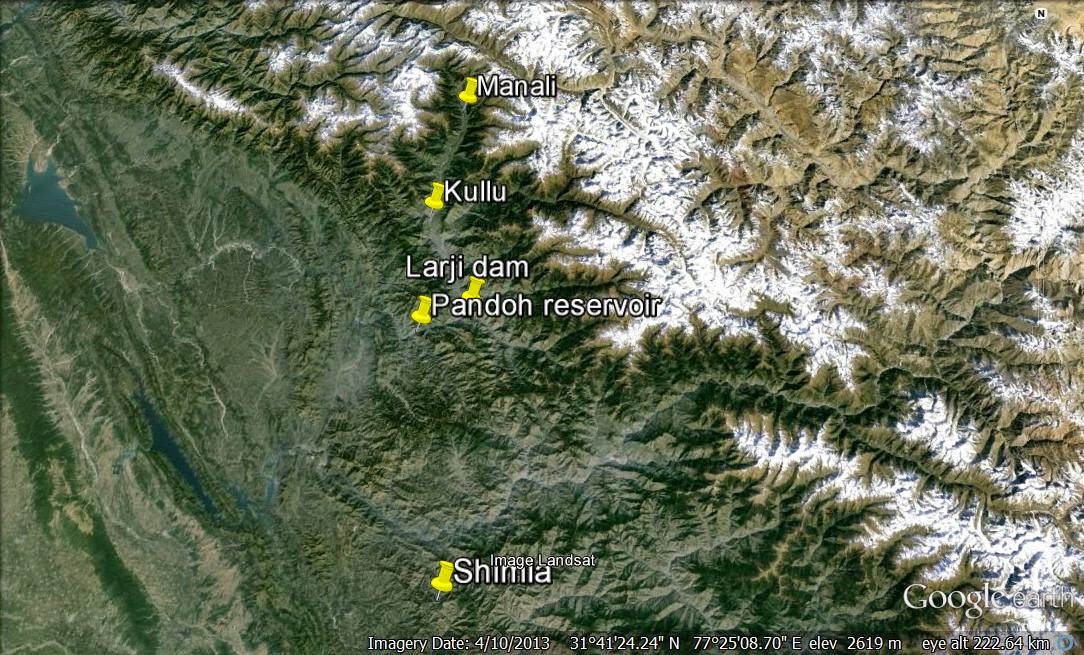 The tragedy struck when this batch of students was travelling in a bus from Shimla to Kullu by Mandi-Manali highway which runs alongside Bras river. The bus carrying in all 61 passengers, had taken a halt at a temple on the way, known as Hanogi Mata temple. This temple, dedicated to Hango Goddess, is situated amidst lush green forests, near Pandoh town in Mandi District of Himachal Pradesh struck.

The spot is located in between two water reservoirs; upstream reservoir at Largi, where the river is dammed and a down stream reservoir at Pandoh. The spot is very picturesque and because of the two reservoirs, the river does not flow very fast here. On the shore line, there are few rocks and some students wanting to take pictures of the river bed and of upstream town of Thalaut, did something very foolish. They left the bus and went down to the shore line with a few students venturing even a bit deeper into the waters. 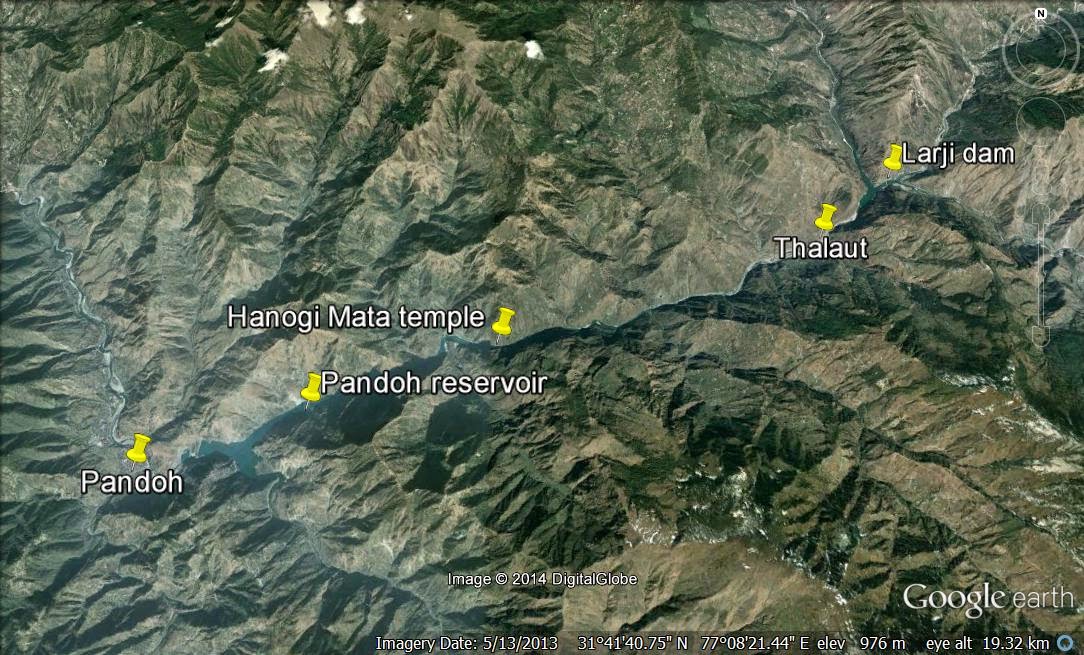 As the students laughed and made fun of each other, they had no idea of the impending danger. In the next minute or two, a flash flood of gushing waters of the river hit them. Before they knew what was happening the river just swept them away. At least 24 students are now feared to be dead.

All hell broke loose with this sudden catastrophe and rest of the students along with local residents raised great alarm. However the disaster had struck them so unexpectedly that no help could be given to the unfortunate students, who now are believed to have been perished. But what exactly caused this sudden unexpected flash floods? Investigations revealed that it was a man made disaster as the water stored in the reservoir of the Larji hydropower project was released by the operating staff without any warning being given to downstream areas of the Beas river. A case of callous ineptitude and apathetic indifference to responsibility no doubt.

The staff says that a warning was given, a claim disputed by local residents and everyone. The Government machinery has taken some actions against the staff but it is all too late because 24 precious budding lives have been lost for no fault of theirs, forcing their families to a state of terrible despair and anguish. It is a tragedy beyond words. 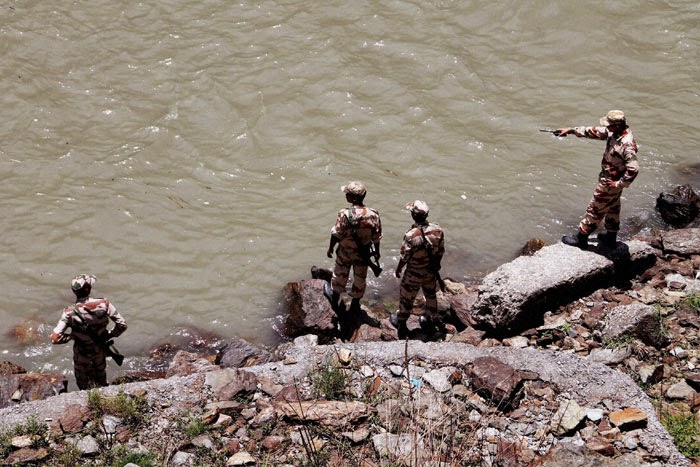 What really hurts is the total neglect towards safety of innocent people, who travel on this road shown by local Government. Hanogi Mata temple is a very popular stop and hundreds of cars and buses stop here every day. In the video, shown on TV, I saw a flight of steps built up to the river from the road. There are no signs warning the visitors that there is a possibility of flash floods, which might cause extreme danger to anyone venturing out to the river. It is also impossible to imagine, why a chain link fence and a padlocked gate has not been provided near the steps to prevent visitors from taking undue risks.

Himachal Pradesh is perhaps the most beautiful and picturesque area in India. Yet no concern about safety of the travellers is shown by the state tourism department. This tragedy has struck even before memories of last year's flash floods have been erased from our memory.