A blow for a blow

In the month of March this year, when the Alfonso Mango season was in full swing in India, European Union announced a ban on import of Mangoes from India for having found fruit flies in some consignments imported from India in the earlier year, 2013. European market for mangoes from India ( with major share contributed by the UK) is for 4,000 tonnes of mangoes during the season from Maharashtra state of India alone. In UK, the market for the fruit is worth nearly 6 million pounds a year.

In response, Indian Government made checks and certification mandatory for exports of Mangoes on April 2014. However the EU was unmoved and continued with the ban. Later, it became clear that even boxes used as packing material were under lens and there have been reports of paan leaves facing restrictions in the EU. A review of the measures will only take place before December 31, 2015. It is now believed that the European Union is now sending a high powered audit team to India in September to inspect pest containment measures being undertaken for Alphonso mangoes. Based on the report of this team, EU will take the final call on whether to lift its ban on the import of these mangoes to EU. The team is expected to ensure that the mangoes fulfill the EU phyto-sanitary import requirements so that they can be exported to the European union. Depending on the outcome of the audit done by this EU team, a decision on the lifting of the ban would be taken. India will then have to send the EU guarantees on the correct implementation of the Indian measures. The EU's Food and Veterinary Office will then verify the good implementation of these guarantees on-the-spot at the end of 2014. 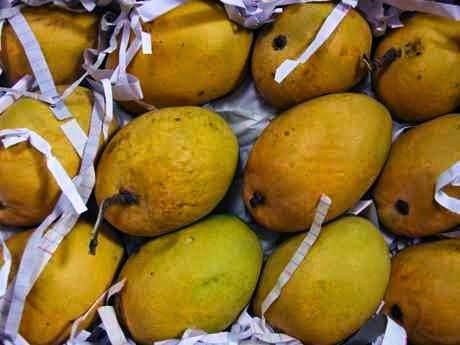 It is however not clear, what the Europeans proposes to inspect with mango season being already over. Perhaps they plan to check the Irradiation equipment or check the written down inspection manuals for the Irradiation. According to me the entire episode smacks of biased colonial attitude and the visit is bordering to being an object of ridicule.

India's Food Safety and Standards Authority of India (FSSAI) have recently notified new norms under which all bottlers need to disclose ingredients used in a bottled drink. The new rules also applies to drinks that may be imported into India. India imports huge quantities of alcoholic beverages with spirits taking the lion's share of 88%. A report says that import of spirits in India ­are growing at 25% year on year and by 2015 it is estimated that Indian spirit imports will soar to five million cases. Whiskey remains the most widely consumed imported spirit in India. European Union countries are the major suppliers to India. 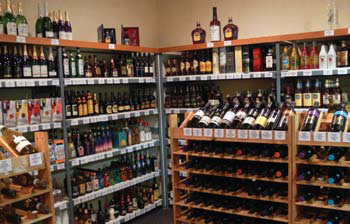 Customs authorities in India recently found out that the suppliers of spirits from the European Union were not following the new norms about disclosure of contents on the bottles containing spirits and refused to clear them. Several European winemakers and the Scotch Whiskey manufacturers refused to comply with the guidelines arguing that the alcoholic beverages are made only from one ingredient and such requirements are not there in European markets. Countering the exporters contention, Indian authorities have taken a tough stand and say that preservatives and caramel may have been used in the liquors and need to be disclosed. One official has been reported to have been saying "Besides, these are India's legal requirements that need to be complied with if anyone wants to sell in the market."

The new rules came into force sometime in March and import of spirits in India is much lower in summer. Because of these reasons, the consignments stuck in Indian airports are not very large, However as the weather changes on onset of monsoon, imports would pick up. This fact has made alarm bells ringing in Europe and just like in case of Mangoes, another EU delegation is flying down to India for a meeting with the Joint Commission on standards to resolve the impasse, but this time in an opposite role.

I just love this situation. A perfect retaliatory move for the biased colonially minded European bureaucrats. A blow for a blow.