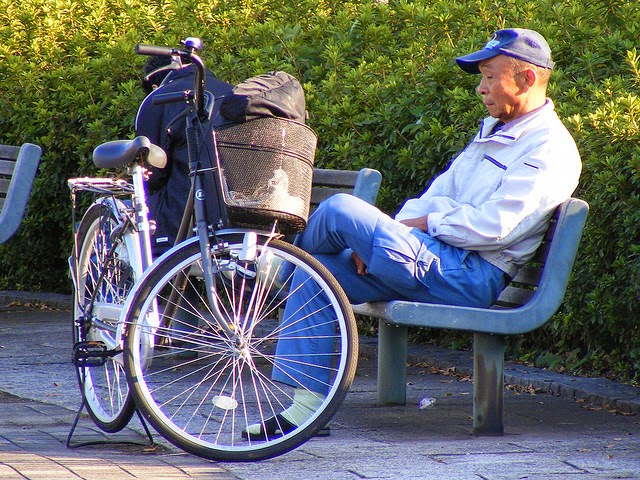 Japan perhaps is the loneliest country in the world. According to Japan’s national census, held last year, the number of households in Japan is increasing while population is declining. This means in reality that there are lot more single-person households than there were a decade ago and there will be even more single person households a decade later. Same people might think that these lonely people must be seniors. That is not true. Along with seniors there are people from all age groups, who are lonely. The devastating effect of such wide spread loneliness is not far difficult to see. People remain depressed and melancholy. In fact, people die out of loneliness. There’s even a word in Japnese for a ‘lonely death’ – kodokushi.

In other countries perhaps, to minimise this problem,such people may be encouraged to have more social interaction with other people. Japanese however are trying to solve their loneliness problem not by increasing social interactions but rather by inventing new gadgets and things so that people do not feel lonely. An enterprising gentleman from Japan named Kendo Kobayashi, who is actually a comedian, came up with an idea that lonely people might find solace if they are made to believe that a cute Japanese girl keeps watching or staring at you through your iPhone; 24 hours a day. Taking cue from this idea and collaborating with him, an Osaka based software developer, Ningen Inc. has come up with a new software app for iphone which the developer has named as “Watching Cute Girl. ” It is a new iTunes app that features a young lady watching you. She's supposed to keep you company if you are, for example, working, studying, or eating by yourself. When you are so lonely, the always-on view, cute girl watches you, giggles and utters one of over 100 pre-recorded phrases and more. Watching Cute Girl app can be dowloaded for $0.99 on the iTunes Store. 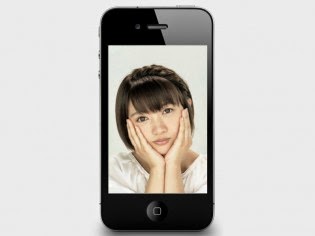 Watching Cute Girl has 180 pre-recorded clips. She might occasionally utter few words also based on the time of the day. So, in the morning, she'll say, "Good morning, I came to watch you." At night, she'll say things like, "Good evening. Have you already eaten?" She also says fairly random things, such as, "I want to go to a hot springs." Sometimes she may just stare at you quietly and without blinking. She also may say "Just watching you makes me happy." The girl can randomly take your photos, However they will not be uploaded.

Should the lonely person start liking the watching girl and wants to be closer to her, she would just disappear if the i phone is picked up. The iTunes app description details what this watching cute girl can do and I quote:

“ With more than 180 different dynamic image patterns, this watching cute girl can express a wide variety of expressions. As her feelings are up lifted, you might hear her saying unimaginable words.

● Whispering Feature
The little cute girl will whisper one or two words once in a while to remind her presence.

● Don’t touch Feature
She will sweetly get angry if the gadget (iPhone) is lifted or touched.

● Memories Feature
This [WATCHING CUTE GIRL] marks the memories she had seen.

● Sensitivity Feature
When this [WATCHIN CUTE GARL] get emotional, she shows some friendly attitude.

You can use the video stream of the girl as inspiration while you work or as a dining partner as you eat alone.” 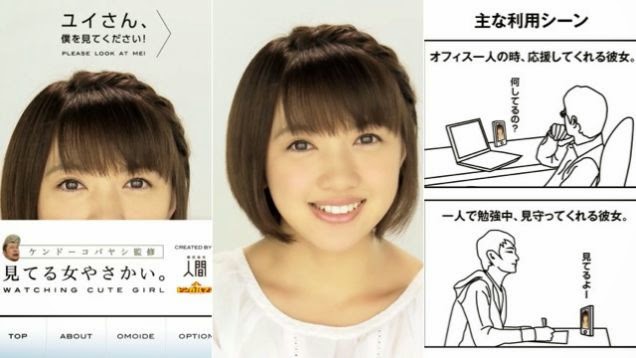 After finding out about this app and reading about it, I tried to imagine what this kind of app can really do for a lonely man or a girl. There is no doubt that a human face that would become familiar is likely to become household stuff for such lonely person. But the cute girl, staring, laughing and giggling at him could touch a raw nerve in that person and he may actually start believing that this watching cute girl is real human and might even start depending on her for peace of his mind.

But, after finding about this iPhone App, the real feeling in me is a sad realisation that in such an advanced society like Japan, this kind of sophisticated gadgetry is being offered to help lonely and depressed persons, instead of making simple social interactions, may be for an hour or so everyday with other humans, for the lonely. I would consider it the gross failure of the modern societies, that they can not not even provide a solace for their members, who are forced to remain lonely in their personal lives. It's a pity isn't it?