The power of the rhetoric 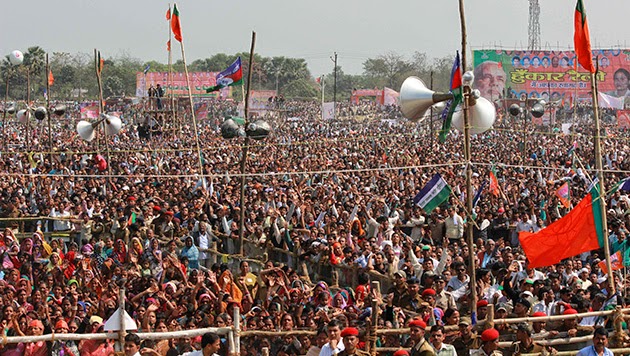 Many decades ago, when I was just a school boy, I had found on a Sunday afternoon that one of my uncles was getting ready to go out somewhere. I was rather curious as he normally spent his Sunday afternoons at home, relaxing and reading newspapers, as it was a weekly holiday. When I had asked him about where he was headed to, he had told me that he was going for attending a meeting. I did not understand much and kept quiet. Later, late in the evening, he had returned, looking happy and quite excited and thrilled. I had then asked him, where he had been. He had then told me that he had cycled all way to attend a huge rally that was held at the race course, situated a distance of 8 to 10 Km away from our house and that was to be addressed by Pt. Jawaharlal Nehru; independent India's first prime minister. Being quite young, I never understood at that time, why he had taken so much trouble and gone just to listen to someone speak and why was he so thrilled?

In 1975, India's then prime minister, Mrs. Indira Gandhi had declared an emergency. The order bestowed upon the prime minister the authority to rule by decree, allowing elections to be suspended and civil liberties to be curbed. For much of the Emergency, most of Gandhi's political opponents were imprisoned and the press was censored. In 1977, when general elections could no longer be postponed, they were allowed to be conducted. It was one of the most tumultuous period in the history of independent India. In the pres-election days, opposition parties and intellectuals were allowed to speak to the people. I went to attend one such rally, held in my home town. It was addressed by many eminent political leaders and other people too. One of the speakers was a humble Marathi writer, whose writings and plays are even today considered as something par excellence. His name was P.L.Deshpande and he was lovingly called as “PuLa.” When he rose to speak, I was watching him as he had never before spoken at a political rally. In fact he was as apolitical as anyone could be. I do not remember now, what words he used or what he said exactly. Yet, after next 40 minutes, when he had finished his speech, I realised that I was crying. Never before, I had heard anyone, that had touched my heart so heavily. On that day, I understood, why my uncle was so much thrilled and excited by the speech of Pt. Nehru and why was he so happy. Rhetoric or speaking to people is an art. Wikipedia defines it as the art of discourse, an art that aims to improve the capability of writers or speakers to inform, persuade, or motivate particular audiences in specific situations. Before India became independent, we had a great many leaders, who were such superb 'rhetors' that they would catch the pulse of audience within few words and then would sway them along with whatever they wanted to say. Besides Pt. Nehru, whom I have mentioned above, we had other leaders like Mahatma Gandhi, Acharya Kriplani. In the later years Indira Gandhi and Atal bihari Vajpayee were in no way lesser eloquent orators.

With advent of TV and recent mushrooming of news channels devoted to breaking news, the art of rhetoric appears to have been lost in the din. We are hammered now 24 hours with news, interviews and panel discussions to such an extent that I have developed a certain amount of aversion to it. Added to this is my general reluctance to listen to others as I am a very bad listener. Yet around 3 months back, while browsing the TV channels, I hit upon a programme by chance that showed a person addressing a huge rally. Being curious, I paused at that channel. I never realised, when I kept the TV remote away and was all ears listening to what this man was saying. I do not remember what words he was saying, yet whatever was saying was going directly to my heart and made my eyes wet. The speaker on TV on that day, was one Narendrabhai Modi, a man who has now catapulted himself into the chair of Prime Minister of India, in an election held in April-May 2014. Ever since that day, I have made it a point to listen to him at least on TV. 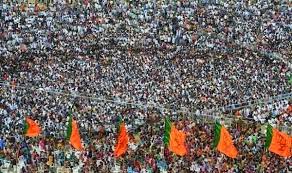 Last year, I had an occasion to visit Gujarat state of India. This has been the state, where this Prime Minister-elect has been a chief minister since last 15 years. I do not consider myself a very knowledgeable person and just a layman. Even then, I was terribly impressed, the roads, availability of 24 hour electrical power, wind mills, industrial developments and agriculture fields farms even on periphery of desert areas, were something unbelievable.

Coming back to oratory, Narendrabahi Modi is a fantastic orator. In the first place, he has a mastery and command over the language, which he uses; Hindi. His diction (the choice and use of words and phrases) is almost perfect. He uses almost every trick of the trade in the delivery of words like volume, emphasis and inflation. Most of the time, he appears to be communicating with the audience instead of giving sermons. 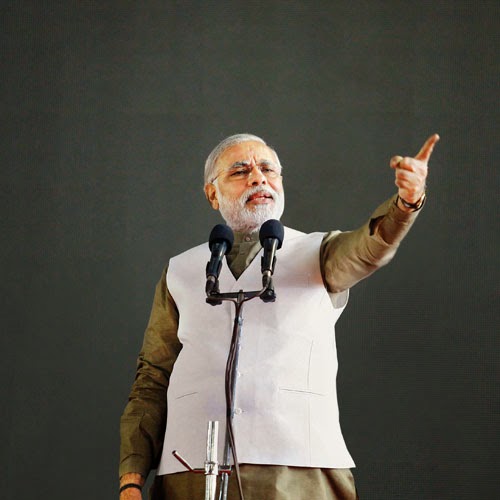 Yet, all this trickery only does not make his speech brilliant. It is the content of the speech that is the king. I have yet to hear a speech from him, which does not give a message of relevance to the audience. He is full of new ideas and innovations. I would like to mention here just one example from the speech, which he gave as his victory speech at Varanasi city in Uttar Pradesh State. While speaking about the river Ganga, he mentioned how polluted and filthy it has become and urgent need for cleaning it. This was nothing new and so many people have emphasized on it before. Then finally as a special Narendrabhai Modi touch, he came out with the carrot or the incentive for the people of Varanasi to do it and said that many people around the world want to visit Varanasi, but they do not do it, because it is so filthy. Varanasi can become a biggest tourism center in India, a real money spinner, creating hundreds of thousands of jobs for the local people and can bring prosperity to the city. But this can happen only and only if the city and its people would clean up the river and city itself.

Narendrabhai Modi has brought back to the art of rhetoric, it's former glory and when compared to the former prime minister, who hardly spoke to his people, the importance of this art in public life becomes more and more relevant to us without least doubt. I feel that his rhetoric is one of the principal reasons for his astounding victory at the polls.