The argumentative; do they die early?

Results of a study carried out by Danish researchers from the University of Copenhagen's department of public health and led by Dr Rikke Lund, has appeared recently in a journal; Journal of Epidemiology and Community Health. The study known as “The Danish Longitudinal Study on Work, Unemployment and Health,” was first taken up in year 2000. Investigators had enrolled then nearly 10,000 Danes aged 36 to 52 in a long-term study about their health and lifestyle, and have followed them for the next 11 years. In this period, 4 percent of the women participants, and 6 percent of the men had died.

I do not see anything abnormal in this percentage of deaths. However the conclusions drawn by the researchers appear to me bit strange; if I try to compare these with my own experiences and what I have seen in my life. Here are some of the observations from this report:

“ The study found that frequent worries or demands generated by partners and children were linked to a 50%-100% increased risk of death from all causes. Being out of work seemed to increase the negative impact of stressful social relationships. Those who were unemployed were at significantly greater risk of death from any cause than those who had a job, the study said. Men seemed to be particularly vulnerable to the worries and demands generated by their female partners or children, with a higher risk of death than that normally associated with being a man.” The report also says:

“Those who had reported they argued frequently with anyone in their social circle, from partners and relatives to friends and neighbors, were between two and three times more likely to die from any cause compared with counterparts who had said these incidents were rare.”

Let me narrate to you few of my experiences of certain families or whatever remains of them now, over last four decades at least. To start with, here is a family, which started as husband,wife and later a son. From the day they got married, the couple fought with each other almost over any subject, including whether they should have a baby, when the wife conceived. The situation became so unbearable for them that there was a serious talk of divorce. Somehow there was a rapprochement and the couple stayed together continuing their daily fights. The son grew, got married eventually with someone the parents did not approve. So instead of two, now there were four partners arguing and fighting over all kinds of issues. What is the family status today? There are two grandchildren enlarging the family size to six. The group continues to have strange relationships with one of the members not communicating with another particular member of the family at all. Yet to all external appearances, this family seems to be doing extremely well with signs of affluence and most important of all, they all appear to be healthy. 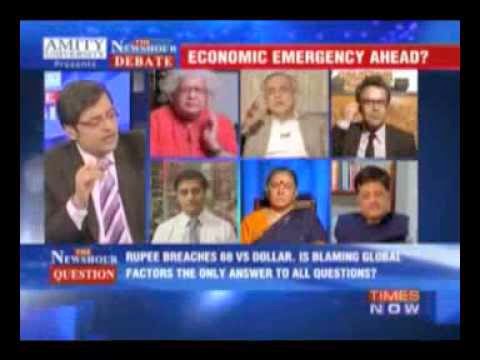 Let me tell you about another family, where the husband loved his drink. This was the first and foremost reason for the arguments between himself and his wife. Two children came out of the wedlock. The husband eventually became a successful businessman. As his personal wealth grew, his consumption of alcohol also increased. Soon he became an alcoholic, yet he never lost his business sense and kept making his millions. Later a wrong business move turned his business empire to ashes. Yet the family life continued all along with daily bickering, fights and quarrels. The sons grew and started their own life. The man died when he was about 70 years old, not because of any heart trouble or anything like that. His consumption of alcohol had finished off his liver.

I had a relative, who would flare up at slightest provocation and was very short tempered. His most favourite subject was politics and would argue with great passion with anyone for any length of time about misdoings of politicians. He was also very frank and never felt slightest hesitation in calling a spade a spade. This man died an year ago at a ripe age of 93 and was one of the fittest persons I have ever seen. He had no ailments like diabetes or high BP even. Another argumentative old grandma of mine died, when she was 90. During last 10 years of her life, I had seen her living alone almost like a hermit, as everyone else avoided her. But the point is that she still survived to live a long life. 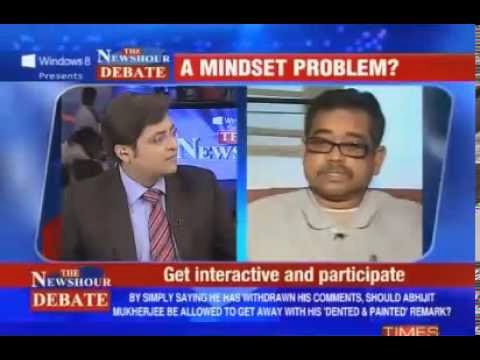 All these example would show that temperament of a person probably has nothing do with his life span. Speaking in lighter vein, if temperament was related to life span, most of the India's politicians, who keep arguing and discussing things for hours and hours should have left this world in their middle ages only. However they all seem to be doing well even in their seventies and eighties. TV anchors, political commentators spend hours arguing things every day on television. They all seem to lead a normal healthy life otherwise.

I am not an expert on public health and can not contradict, University of Copenhagen's department of public health's study. But from whatever little I have experienced in last 70 years , my feeling is that our life spans are determined by our DNA and good habits. If we have healthy habits and longevity in our genes, we are likely to remain here for many number of years. The only problems faced by the persons who argue frequently, with anyone in their social circle, from partners and relatives to friends and neighbors, would be that they would find that they are mostly avoided and shunned by other people whom they know.