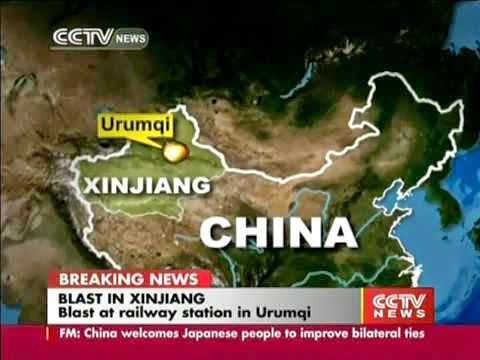 It all began on 5th July 2009, when there were series of violent riots over several days in Ürümqi, the capital city of the Xinjiang, in northwestern People's Republic of China. The first day's rioting, which involved at least 1,000 Uyghurs, began as a protest but escalated into violent attacks that mainly targeted Han ("ethnic Chinese") people. Two days later hundreds of Han people clashed with both police and Uyghurs. Though Chinese army managed to quench the unrest, it was just on surface, while uneasiness continued underneath with minor skirmishes happening all along.

In July 2013. another major incident happened when trouble brewed again in the township of Lukqun, Shanshan county, Turpan district in eastern Xinjiang, when police apprehended about nine suspects, most of whom are aged 18 or 19, including some Lukqun locals. Next day a mob attacked and set fire to a government building, a local police station, a nearby construction site and more than 10 government vehicles, and stabbed both police officers and civilians indiscriminately. The casualty figures reached 35, which included police officers and civilians. Police shot dead 11 attackers and caught four at the scene. Within few days of the incident, trouble flared again in the island city of Hotan, which is on the other side of Taklamakan desert and more than a 1000 Kms from Lukqum. A mob of more than a hundred people, riding motorbikes and wielding knifes, attacked a police station here after after gathering at local religious venues. In a separate incident, on the same day, some 200 people attempted to "incite trouble" at a major shopping area in Hotan.

The simmering tensions between Uighurs and Han Chinese have taken a heavy toll in last decade. History shows that such troubled situations soon allow the terrorism, funded and aided by external sources, to raise its ugly head and that is what is happening in China now. The first incident occurred in in October 2013, when a jeep veered into a crowd in Beijing’s iconic Tienanmen Square, and then crashed and burst into flames, killing five people.

Chinese declared immediately, that it was the work of terrorists from Xinjiang, and within 10 hours of the crash, authorities had arrested five suspects in a night raid, who were in possession of long knives and flags calling for “jihad.” This was followed by one of the worst kind of terrorist attacks on the night of March 1 2014, when a group of men carrying weapons burst into the Kunming train station plaza and the ticket hall. The armed assailants dressed in black, launched a blistering attack with long knives and started slashing indiscriminately, the innocent people queuing to buy Railway tickets. Police teams were called for and they started shooting the assailants. Police shot dead at least four attackers, but by the time assailants disappeared, 29 people were lying dead and more than 130 were wounded. Photos posted on Sina Weibo — a Chinese version of Twitter — showed blood spattered across the station floor and medical staff crouching over bodies lying on the ground along with images of spectacles, shoes and baggage strewn across the floor of the waiting room behind police tape. Chinese state media called the incident as China's 9/11.

Within few hours, The Kunming city government issued a statement saying that the attack was orchestrated by separatists from the northwest region of Xinjiang. The announcement was rather surprising because so far periodic violent clashes in Xinjiang have been between locals and security forces and civilians were never targeted, it was also not very logical that terrorists would strike in politically insignificant Yunnan, more than 1,600 kilometers from Xinjiang. 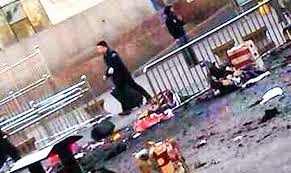 The terrorists have struck again this week as a bombing attack took place outside the Urumqi South Railway Station in Urumqi in northwest China's Xinjiang Uighur Autonomous Region around 7 PM on 30 April 2014. The explosion occurred at the passenger exit, just after tain K453 from Chengdu to Urumqi had arrived at the station. The explosion appeared to be centred around luggage left on the ground between the station exit and a bus stop. It however was not only a bomb attack. It was followed by the attackers using knives to stab people at the station exit. Attackers fled after Armed police officers intervened leaving behind 3 people dead and 79 seriously injured. The station was closed after the incident and services suspended but was reopened later. The terrorists had chosen the time well as it was a peak travel time with China's 1st May, labour day holiday just ahead. A BBC report mentions Raffaello Pantucci, a senior research fellow with the military think-tank at the Royal United Services Institute as saying "We have seen attacks and problems in Urumqi before, but we haven't seen anything on this scale in quite a while I think the issue is that the problem [of attacks] in Xinjiang is getting worse." 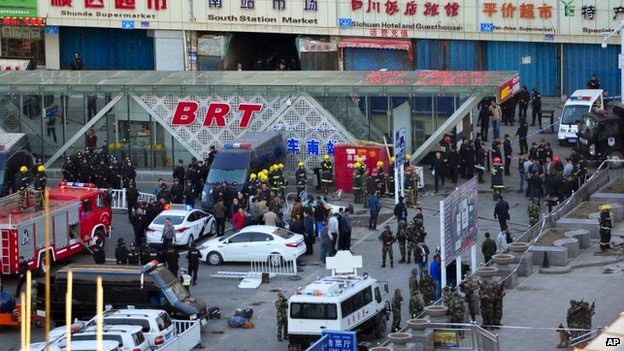 From the news, it is becoming crystal clear that these attacks are no longer bursts of public anger and unrest. They are surely professional terrorist attacks aimed at larger targets. China has now joined the league of other nations like India, Pakistan, Afghanistan and Iraq and Yemen, where terrorists can strike any day and any time. China needs to rethink its Xinjiang policy if it really wants to see peace in the region. The region's Uighur Muslim minority, who number about nine million, have long complained of repression under Chinese rule. The terrorists are simply making use of this resentment in the minds of the people. to create instability in the region. 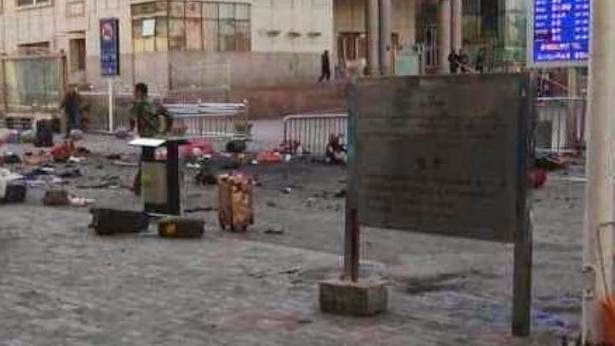 The blast occurred as China's President Xi Jinping had just completed a tour of the region. He has said that he would implement appropriate policies to improve ethnic harmony and common prosperity of all ethnic group in Xinjiang. It is to be hoped that this is not just lip service because now it is certain that terrorism has taken firm roots in China and mere harsh measures against the population would no longer help.

Attackers killed at least 31 people Thursday when they ploughed two vehicles into a market and threw explosives in the capital of China’s Xinjiang region, in what authorities called the latest “severe terrorist incident” to hit the Muslim Uighur homeland.
More than 90 people were also wounded when two off-road vehicles drove into a crowd in Urumqi, with one of them exploding, the regional government’s Tianshan web portal said, in an attack with echoes of a fiery car crash in Tiananmen Square last year.