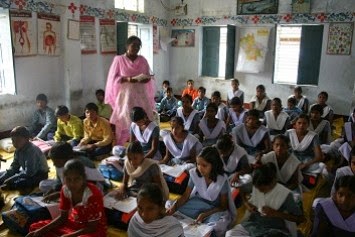 When I went to middle school, we never had any lady teachers. All the teachers were male. This made things fairly simple. Each and every teacher was addressed with the honorific Sir and was commonly known as “ XXXXX Sir.” But, later, when I joined the college after completing my school leaving examinations, things no longer remained simple. For the first time, we had lady lecturers, lady readers and lady professors. We used to call them as Madam and they were all known in the student community as “ XXXXXX Madam.” None of my teachers seem to mind our calling them this way and we could maintain our respectful distance from our teachers, whether male or female.

When my elder granddaughter went to the school, I once asked her about her teacher. She appeared rather confused but when I clarified, she said, Oh! You are talking about Miss Rosetta. I was bit taken aback at this show of intimacy but still patiently continued to ask her about how she actually addresses her teachers. Oh! I call her Miss, was the reply. This was bit revealing because within a 50 year span lady teachers had changed their honorifics from being “XXXXX madam” to “Miss XXXX”. But as I suspected it, things were not simple as that. They have some helping ladies in the school, who are not addressed as Misses, but as Aunties. And like shades of gray, there are still finer variations. My granddaughter last year had an elderly lady teacher, who was brought back from retirement by the school because of the accute shortage of teachers. This lady, around 60 years of age, was not addressed as Miss as per the customary norm. Everyone called her as Madam Farida. So they still had Madam teachers also in the school along with Misses.

Let's see what Wikipedia has to say about this addressing word Madam. It says:

“ In speaking, Madam is used in direct address when the lady's name is not known. "Madam" often refers to an older woman. Madam is also used as the equivalent of Mister (Mr) in composed titles, such as Madam Justice, Madam Speaker, Madam President. “

In short, we refer the word Madam, when we want to show respect to other person and that is what we at least had for our teachers. So there was nothing wrong in our addressing them as Madam. Then where from this Miss has come in the schools? Let's go back to Wikipedia once again. It says:

“ Miss is an English language honorific traditionally used only for an unmarried woman. However, Twenty-first century etiquette honors an adult woman's personal preference of title. However, if the preference is not known, "Ms." is used. "Ms." is the preferred choice as the female title in business. It is the equivalent to the male title "Mr." as neither is marital status specific. "Miss" is the proper form for addressing all young ladies. It is sometimes used for younger adult woman, for example, "May I help you, Miss?" In the United States, "Ma'am" is more common for all adult women regardless of marital status, as "Miss" may be taken as patronizing, and it is presumptive to assume marital status based solely on apparent age.”

All this is even more confusing. If we address a young lady as Madam or Ma'am, she may take offence, thinking that we are considering her old. On the other hand if we address a middle age lady as Miss, she make take offence thinking we are patronizing her. Life has indeed become very complicated. 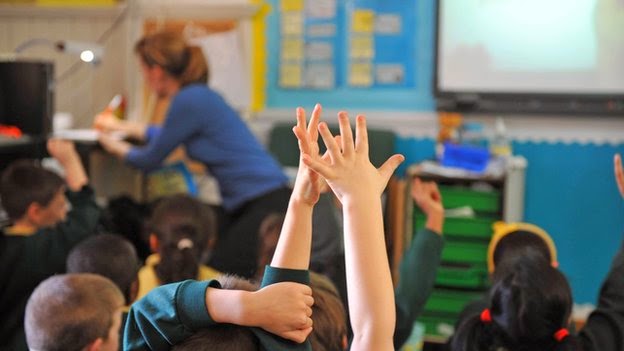 Things are getting even more complicated. Ladies in teaching profession in England now say that Calling teachers "Sir" or "Miss" is depressing, sexist and gives women in schools a lower status than their male counterparts. BBC interviewed a few lady teachers and reports that Prof Jennifer Coates, emeritus professor of English language and linguistics at the University of Roehampton in England saying following words and I quote:

"Sir is a knight... but Miss is ridiculous - it doesn't match Sir at all".

She feels surprised by the different titles given to male and female teachers and was struck by the disparity while volunteering in a secondary school. Another teacher, Debbie Coslett of Brook Learning Trust has been reported as saying:

"I didn't think there was this awful disparity between professorial status and these young teachers, but they're all Sir and I'm not. It's a depressing example of how women are given low status and men, no matter how young or new in the job they are, are given high status.”

So what do we do now? How do we address the lady teachers without making them feel offended. BBC again reports Professor Sara Mills of Sheffield Hallam University saying that UK schools were moving towards allowing pupils to address their teachers by their first name. This would bring equality amongst the sexes.

This solution probably might work in western societies, where people are often addressed with their first names. In oriental societies, most of the teachers would take an offence if one of their students chooses to address them with their first names. Elderly ladies in Singapore and Malaysia, prefer that they are addressed in English as "Madam" and frown upon people calling them as "Mrs." Here in Asia, it would be total insubordination and a perfect reason for punitive measures.

Then what do we do and remove this sexual bias. I want to narrate here an incidence, where I had met a group of Government officials along with their boss, who was a lady. It looked very funny and idiotic to me, when I heard all of them addressing their lady boss as “Sir.” I asked one of the juniors about that, when two of us were alone. His explanation was simple. He said that we use this honorific to addresss all our bosses, whether male or female. We do not have to worry about their taking offence and it brings about total equality between sexes.

The idea is worth thinking upon. If some of my readers, who are sticklers for use of correct English, object to use of the word “Sir” as a honorific for respect shown to people from both sexes, I would suggest that they should coin a new honorific which would just show the respect without any gender bias.