Relieving oneself on roadsides has its own merits 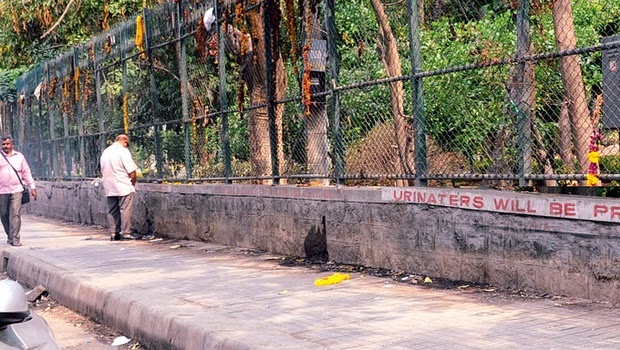 I visited the south Indian city of Hyderabad for the first time sometime in 1965. It is a very impressive city with its famous 4 tower landmark called as 'Char Minar,' a beautiful water reservoir right in the middle of the city known as 'Hussein Sagar' and many other tourist attractions without forgetting the famed 'Salarjung Museum.' However, all these landmarks came to me much later. By first impressions about the city were not so pleasant. My train reached the city just when the dawn broke over the city. I took a 3 wheeler Rickshaw to reach my destination. As I moved through more or less empty streets bounded by built up compound walls on both sides, my attention was drawn to large uneven areas marked on the walls almost continuously. I became very curious about these marked patches because they looked like marks left by flood waters. My curiosity soon turned into disgust, when I saw the reason for these weird marks on the compound walls. I saw few guys actually peeing on the walls, which meant that all these marks were leftover marks of someone having relieved himself there.

Peeing on roadsides is unfortunately a common practice in India. The local Governments everywhere try to discourage the habit and build public urinals. However old habits die hard and it is not uncommon to see a man park his bicycle or two wheeler on curbside, walk few steps to the roadside and relieving himself.

In most of the developed world, this practice is frowned upon no doubt, but developing countries like India perhaps would need many more decades and hundreds of new public urinals, before this habit can be controlled if at all. As things stand now, most of the people believe that they should rather attend to the call of the nature and let it go on a roadside, rather than wait to find a suitable toilet facility.

In mainland China too, this system of letting yourself go at earliest opportunity on a roadside is widely prevalent. Hong Kong was a British colony for centuries, before it was returned to Chinese. For this reason, Hong Kong citizens have very British habits and would never pee at roadsides. After Chinese takeover, many Chinese families have started visiting Hong Kong for work or pleasure. Many a times, such families of mainland parents let their children relieve themselves in the territory’s streets. They do not see anything wrong with this. However for Hong Kong citizens this action is nothing short of a calamity and these cultural clashes have led to a number of public altercations in the city.

A curious, almost unbelievable case of a young man has come to light, whose roadside act has actually brought fame to him. Xu Yuanguang is a 29 year old man, who is an employee of an old shop and lives in the southwestern city of Chengdu in China. Last week, he was riding home from work on his motorcycle along with his co-worker Yi Zhimin. When he was on the outskirts of the city, he felt a sudden urge to relieve himself. He parked his motor cycle on a curbside and walked to a nearby pile of dirt and took his aim. 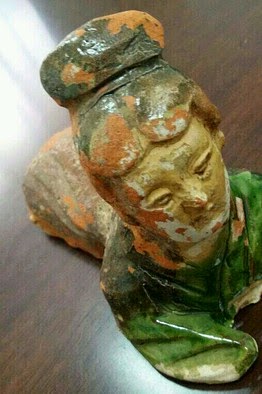 After he had evacuated his bladder completely, as he was turning back to his motor cycle and waiting co-worker, he say something unusual. In the pile of dirt lay a colorful object that had been uncovered by the sudden flow from his bladder. Intrigued, he dug it out, only to find a terracotta figurine. He and co-worker – who had been riding with him — reported the find to the local Bureau of Cultural Relics. The Bureau says that the find stands 10 centimeters high and measures 17-18 centimeters in length. It is a “three-color” terracotta figure probably dated to the Song dynasty (CE 960 – 1279). It may have been a burial object taken from a tomb, though the tomb was not in the place where the figurine was found. Such discoveries are not very uncommon in Sichuan and Xu Yuanguang is unlikely to have any monitory gains from the find. He was presented with a certification of appreciation in return by the Bureau and has become famous overnight with his photograph appearing in national news. 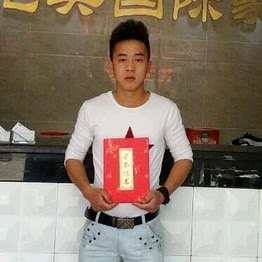 So can I add that relieving oneself on roadsides has its own merits, it can even make one famous overnight! HaHa! Incidentally the county, where Xu lives is aptly called Pi (pronounced as Pee)