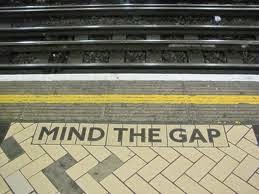 If there is anything that I am greatly scared off, is making an attempt to catch a running train just arriving or departing from a railway station. Sometime in 1970's, when I was a young man, I had two narrow escapes. One of this happened on one morning, when I tried to get inside a train that was arriving in Pune railway station but still moving. I had caught the handle provided near the door but before I could step in, my hand slipped and I fell on the platform. I had a briefcase in my hand, which perhaps saved me as I did not slip down in the gap between the platform and the moving train and just escaped with a few bruises on my elbow and a leg. 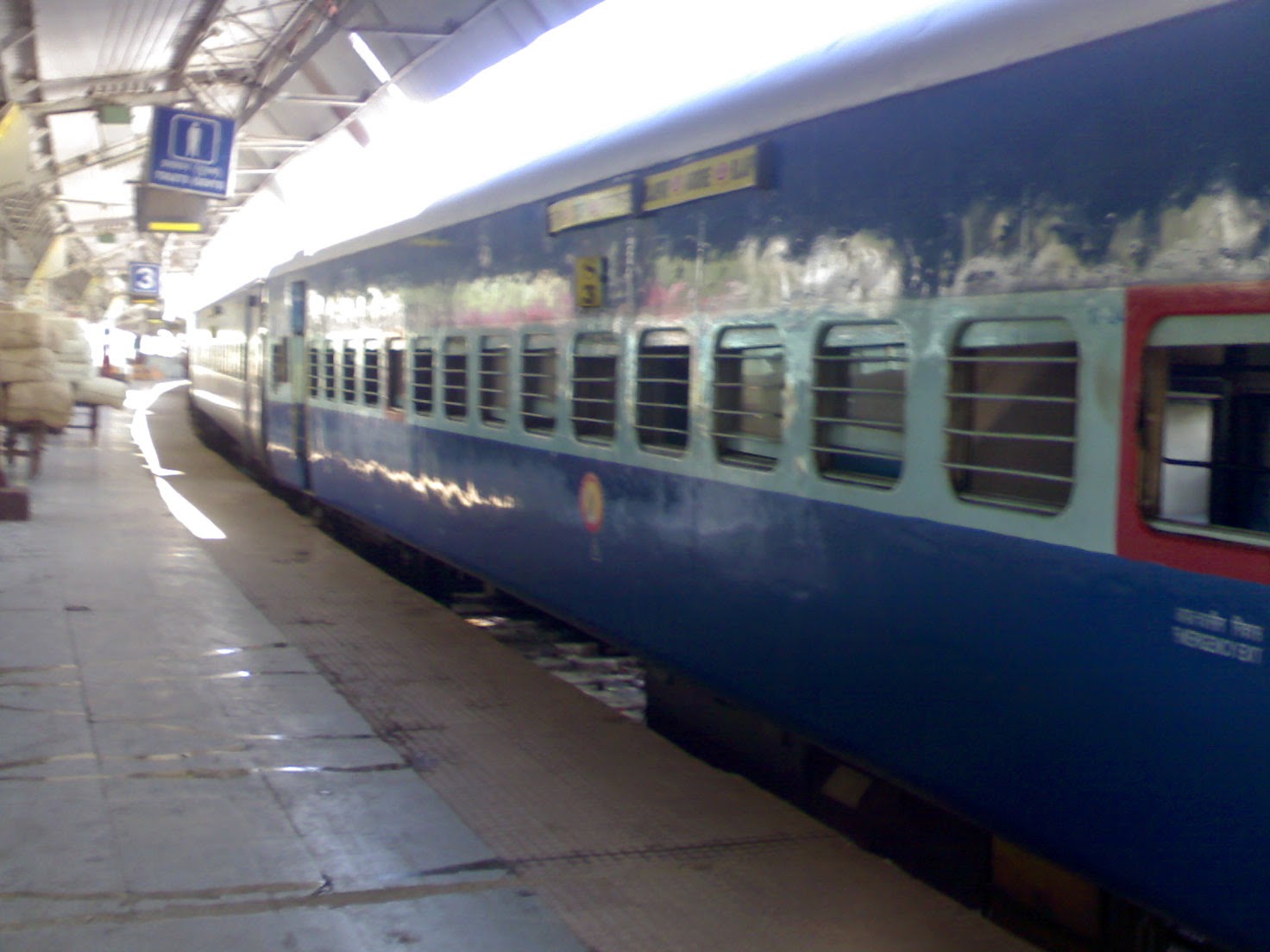 The second incident happened at Mumbai's Churchgate suburban station. I was trying to catch a local train arriving in the station, that was crammed with people, who wanted to get out. As I tried to get in, I was pushed out by the pressure of commuters trying to get out. I fell down and luckily was saved again as I was neither stampeded with a rush of great many people trying to move out, nor slipped into the gap between the train and the platform. After these two horrifying incidents, I decided once and for all that getting a seat in the train was not worth my life and have always waited for the train to arrive at a complete halt. 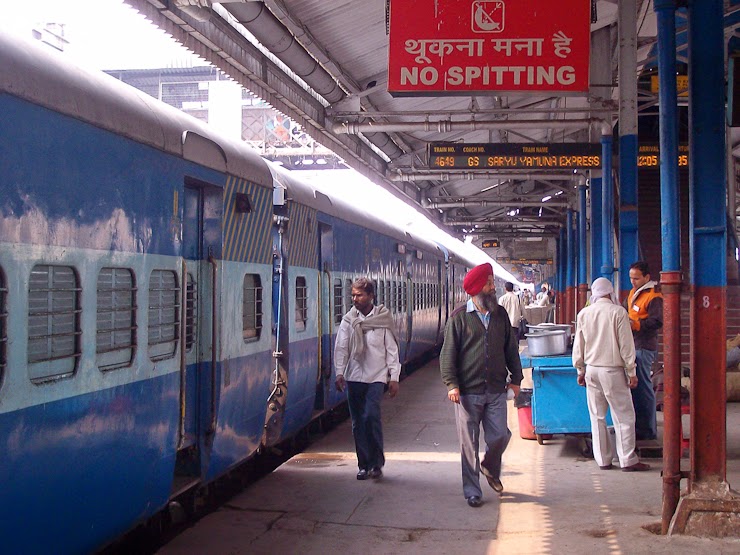 Sometimes it can be still a tricky affair to get inside a train even when the train is dead stopped, because there is always a wide gap between the train and the platform. This gap can create problems particularly for small children and aged. On most of the long distance trains in India, the door in a railway coach is at a higher level than the platform and one needs to climb two or three steps to get inside. This makes getting inside a train even more difficult for aged and who have some physical disability. Compared to this, suburban trains have coaches, where one can enter a coach by just stepping in, as platform and coaches are more or less at the same level. But the dreaded platform gap is present here too. I have seen pictures, where a movable step is placed on this gap to facilitate entry inside a coach. But I have not seen anything similar in practice.

Singapore's MRT or metro is one of the safest train systems for the commuters. There are gates provided on the platform, which do not open unless the train comes to a complete halt making it impossible to catch a moving train. The platform height is so carefully adjusted that even a small child can just walk through with least discomfort to enter the train. In spite of all these safety measures, there are still accidents on Singapore's MRT; the most common reason for these accidents is again the gap between the coach and the platform. To make you aware for this common cause of accidents, MRT management keeps on announcing, every time a train arrives in any of the stations with a clear warning “ Please mind the gap.” A warning that is given almost by all metro operators in the world and was first introduced in 1969 on the London Underground in the United Kingdom. 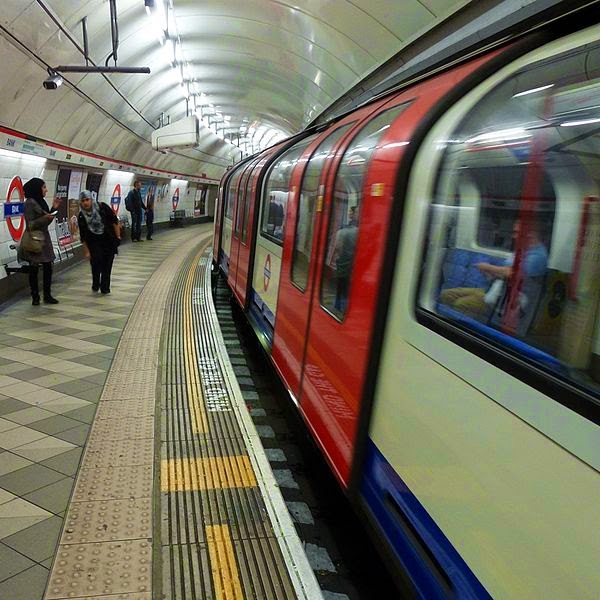 I was under impression so far that this platform gap is of importance only for the safety of railway commuters. I find now that I have been wrong all along and this platform gap is of crucial importance for the railway company itself too and if this gap is not maintained properly, it might have to take huge financial hit to take corrective measures.

About 17 years ago, French national railways were divided in two companies. French railway network is now owned by Réseau Ferré de France or RFF, whereas the trains are operated by Société Nationale des Chemins de Fer or SNCF. The railway stations, tracks, signaling is all looked after by RFF, whereas whatever moves on the tracks or the rolling stock, is acquired, maintained and operated by SNCF. Purchase orders was placed by SNCF in 2009 and 2010 for a total cost of €3 billion, for new trains with Alstom SA and Bombardier Inc. The trains were supposed to have a wide body for more passenger comfort. 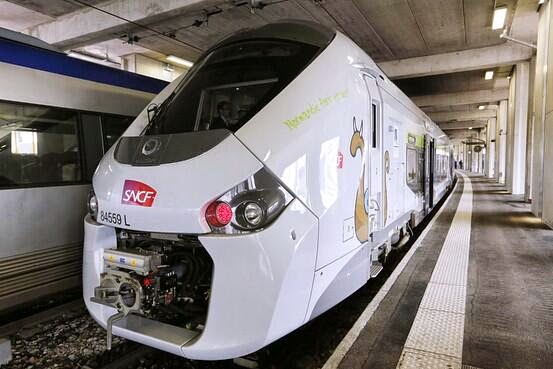 The first of coaches, that were ordered 4 years ago, has arrived in France. However the coaches are now so wide that the trains can not enter a station at all as the gap between the platform and the coach has now become negative or in other words, the coaches would hit the platform if the train is brought inside a station. The only solution now is that about 1,300 of France's 8,700 railway platforms will have to be trimmed to make way for the wider rolling stock at a whooping cost of about €50 million or US$68.5 million. The work would have to be completed by 2016, as the trains would be delivered by then.

There is widespread criticism in France of the railway companies, though some blame the fact that the blunder has happened because the track operator in French Railway system has been separated from the train operator. The two companies now say that they will publish a report next week detailing how the error was made and when it became apparent the platforms would have to be altered.

French Environment and Energy Minister Ségolène Royal says she would want to know how such a stupid decision had been made. And adds: "Such implausible errors simply go to show there are people in Parisian offices who are too far removed from the regional reality," Marine Le Pen, leader of the far-right National Front said the episode is "an inexcusable waste of public money."

How curious? No wonder that the platform gap is a real curse for everyone, the commuter as well as the railway companies.