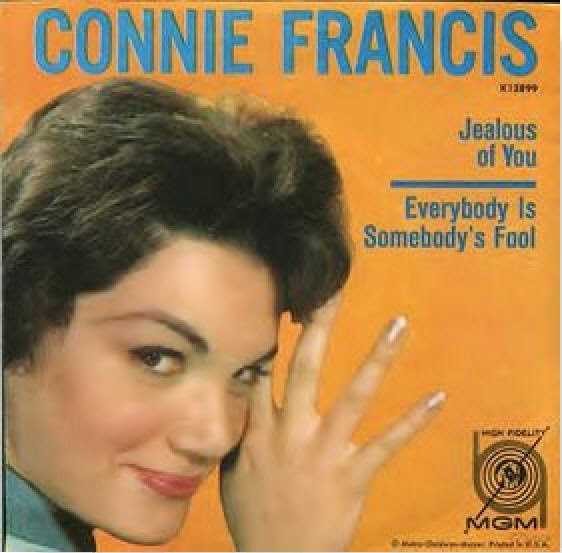 Connie Francis (born Concetta Rosa Maria Franconero,) is an American pop singer of Italian heritage and the top-charting female vocalist of the 1950s and 1960s. In mid 1960, she recorded a song that soon became #1 hit. It was titled as "Everybody's Somebody's Fool." It reached #1 on the Billboard Hot 100 on 27 June 1960 and remained there the following week. The first of Francis's three US #1's, "Everybody's Somebody's Fool" was also ranked on the R&B chart at #2 and was the only one of Francis's major hits to cross over to the C&W charts where it peaked at #24.

If you can not see the embedded video on your android devices, here is the link. http://youtu.be/BLJKthJbvec You can also copy and paste the link in your You Tube App. If that also does not work, search You tube, Connie Francis, Everybody's Somebody's Fool