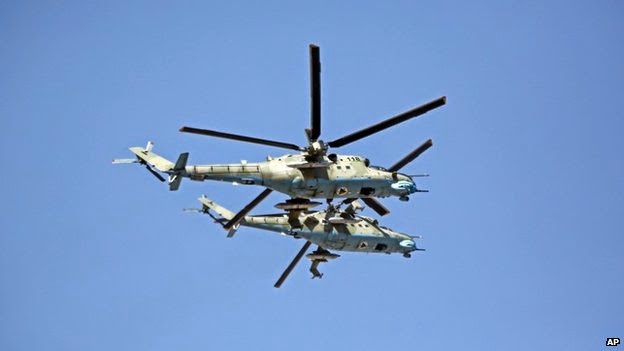 Indian media have given a go to an important byte of news, perhaps because of their preoccupation with India's general election. Yet some foreign media have picked it up and reported it. The news item says that India has quietly agreed to pick up the tab for arms and equipment from Russia to be supplied to Afghanistan to boost the strength of the Afghan National Army (ANA). For any of those readers, not familiar with situation in Afghanistan, the news may appear weird, but it is not so. After its intervention in Afghanistan, United states has spent billions of dollars in the past decade, to rebuild the Afghan National Army, though it remains a lightly armed force with defensive rather than offensive weapons. ANA is a force today, well trained by the Americans. It uses American equipments, arms and everything made in USA. Naturally a question arises as to why they need Russian arms and why India has agreed to pay for them.

ANA might have developed into a great force, however it requires about US$ 4 billion to run and pay for the wages of Afghan soldiers. US and NATO forces are likely to exit Afghanistan in near future and with their departure, one critical unanswered question remains: who is going to pay the $4bn a year that the ANA needs to continue its functioning and paying salaries for the soildiers? The US and NATO are willing to foot part of the bill, but not for very long. Many experts feel that the ANA will have to drastically reduce its size anyway by next year, because Afghanistan would not be able to afford to support 320,000 soldiers and policemen, who constitute the present Afghan security forces.

Keeping this future reality in mind, Afghanistan president has been asking India for the Indian supply of heavy weapons to the ANA, such as long range artillery, tanks and aircraft. India has however tactfully declined to say yes so far even though in the month of October 2012, India and Afghanistan signed a “Strategic Partnership Agreement,” during visit of Afghan President Hamid Karzai to New Delhi. According to the prime minister of India, this strategic partnership between the two countries will create an "institutional framework" so that India can help in Afghan "capacity building" in the areas of education, development and people-to-people contacts. Perhaps, what was also included in the agreement but not told by the prime minister, were some clauses about substantial increase in Indian commitments in training of Afghan security forces, including the police. 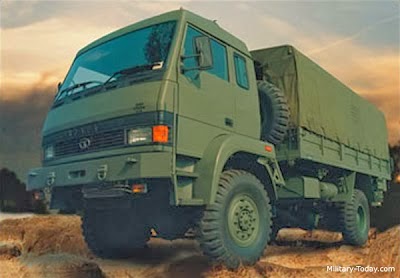 India has been one of Afghanistan's biggest donors, having pledged money for projects ranging from road construction to the building of the Afghan parliament. However India has scrupulously avoided any involvement of Indian military personnel in the Afghan conflict except perhaps a small contingent of Indo-Tibet border police deployed their for protection of Indian engineers and workers working on various projects.

Afghan military commanders and intelligence officials have started requesting India to provide direct military assistance under “Strategic Partnership Agreement” signed between the two countries in October. The requests were for 2.5 to 7 Ton cargo capability medium trucks, light mountain artillery, along with ordnance, bridge-laying equipment and engineering facilities. Afghanistan also wants India to help build close air-support capabilities for its troops, as there would be drastic scaling-down of western forces in 2014. 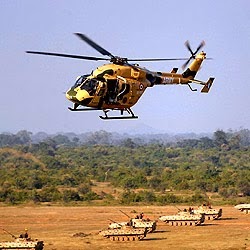 After showing reluctance for number of years to hand over to Afghanistan any military supplies of strategic value, India has finally decided to give to Afghanistan a set of three military transport choppers - between March and May 2014. This will be the first tranche of defence equipments supplied to that country. The three 'Dhruva' choppers are being configured and constructed as per Afghan request at the Hindustan Aeronautics Limited (HAL) in Bengaluru. Initially the Afghanistan government wanted to have Russian-made helicopters. However, Indians managed to convince them to take India manufactured 'Dhruva' helicopters. This was announced by India's foreign minister while inaugurating jointly with President Karzai of Afghanistan, a new agricultural university, Afghan National Agricultural Sciences and Technology University (ANASTU) in Kandahar built with India's assistance.

India's policy towards Afghanistan has always been the extension of soft power and good will and has so far managed it rather well much to the chagrin of Pakistan, who keeps on viewing this increasingly close relationship between Kabul and Delhi with suspicion and accuses India that India’s intelligence services are using Afghanistan to back secessionists in Balochistan, as well as Jihadists fighting the Pakistani state. 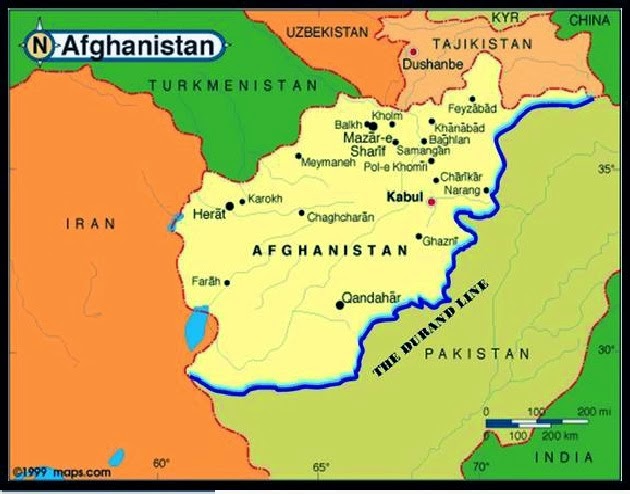 However, as the Americans prepare to leave Afghanistan by the end of 2014, India seems to have realised that it can no longer avoid the real issue and seems to have changed its tune. To start with, India has agreed to pay the Russians for arms such as light artillery and mortars to be delivered to Afghanistan. What confuses the observers is the fact that ANA, which has been trained and equipped by Americans, has agreed to take Russian arms. The reason for this preference is that Afghans have long fought using Soviet weapons even when the enemy was Russia itself and much prefer those to Western arms.

Reuters reports that India is expected to help Afghanistan restart an old armaments factory near Kabul, refit old Soviet-era weapons, and step up training of Afghan officers and special forces - something it has already been doing in small numbers. Another hard to believe news is that under US supervision and payment, Afghan air force was supplied Russian-made M-17 helicopters by Russia. These helicopters have been used by the forces of the Northern Alliance for many years in the war against the Taliban. Russia and India indicate that Russian made heavy weapons might be supplied to Afghanistan with payments coming from India.

This is going to annoy Pakistan surely and would escalate tensions, as Afghanistan is bound to use the weapons on its eastern border. India's latest move is a dramatic game changer and is likely to make an impact over regional situation in the sub-continent.