Attempt to strangle Pakistan's Geo TV turns into a farce 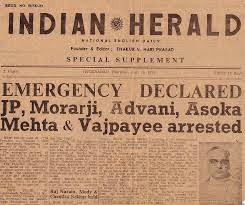 In 1975, then prime minister of India, Indira Gandhi, had imposed a state of national emergency in India. It was a rule of decree by the Prime minister and all personal freedoms of citizens stood suspended. Luckily for her, the only medium of communication available for those opposing the Prime minister was print media. Television had just began at few places; mainly big cities and it was totally controlled by the Government with just one channel being transmitted for few hours everyday. Radio was also totally controlled by Government and not a word that can be considered as anti-Government was allowed to be broadcast over radio waves. Most of the opposition leaders were under jail. The print media also was totally censored and no written word against the Government or Government policies was allowed at all. I was a young man then and we were all afraid that India might be on way to becoming an autocracy like many in African continent or south America.

But these are just reminisces from the past, lingering in the minds of mostly seniors like me. The young generation probably might not have even heard of this emergency. India's constitution was later amended so as no one in future might attempt to embark upon such misadventure again.

The communication media like press, television and Radio are all known as Fourth estate, though in past, the term was mainly used for press. Credit for creating this term perhaps can be attributed to Edmund Burke, who used it in a parliamentary debate in 1787 on the opening up of press reporting of the House of Commons of Great Britain. The Fourth Estate works out as a societal or political force or institution, whose influence is not consistently or officially recognized. "Fourth Estate" most commonly refers to the news media; especially print journalism or "the press."

Today in India, the country can be really proud of its Fourth estate. There are as many as 82237 newspapers that are regularly published in India. There are 78 private satellite news channels in India transmitting news in all Indian languages besides English. However, radio remains the only medium where government still has a complete monopoly of news though there are hundreds of FM channels that mostly transmit music programmes. In October 2013, responding to a public interest litigation the The Supreme Court of India issued a notice to the Federal Government seeking an explanation for omission of news and current affairs on private radio channels has brought the spotlight on the government's skewed policy. The matter is still not decided.

India's western neighbour Pakistan, which was carved out of India itself in 1947, has a different story altogether. In it's checkered history, Pakistan has seen as many as four military dictatorships alternating with spells of democratically elected Governments. Naturally with every dictatorship period, when army was in control, the Fourth estate was totally controlled by the Government of Pakistan. Since 2002, the Pakistani media have become powerful and independent for the first time in history and the number of private television channels has grown from just three state-run channels in 2000 to 89 in 2012, according to the Pakistan Electronic Media Regulatory Authority.

Even though there is a plethora of television channels, freedom of expression remains rather limited. A report published in 2013 says and I quote

“Media freedoms remained restricted in 2012 as journalists continued to face a high level of violence and threats from a range of sources, including the military, intelligence services, and militant groups. The constitution and other legislation, such as the Official Secrets Act, authorize the government to curb freedom of speech on subjects including the constitution itself, the armed forces, the judiciary, and religion. Harsh blasphemy laws have occasionally been used to suppress the media. There were some calls to reform the blasphemy laws in early 2011, but several prominent politicians who spoke out in favor of reform were threatened or killed by extremists, which had a major chilling effect on discussion of the issue. Under the 2004 Defamation Act, offenders can face minimum fines of 100,000 rupees ($1,100) and prison sentences of up to five years, but the legislation has not yet been used to convict journalists.” 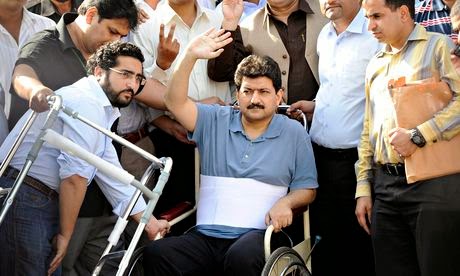 Geo TV was established in 2002 and since then it has become a major power broker in Pakistan, commanding vast audience attracted by its lurid tabloid style. This has also created many enemies for the network. This April (2014) Geo news came up with explosive allegations that the country's top spy agency, the Inter Services Intelligence directorate (ISI) had attempted to kill star Geo journalist Hamid Mir as he was driving through Karachi in April. The allegations against the intelligence agency were something like holy cow for the Pakistan military as the secret organization has been considered as among the most powerful in the country. The military responded by formally demanding to Pakistan Electronic Media Regulation Authority to revoke Geo's license for waging a "vicious campaign" aimed at "undermining the integrity and tarnishing the image of state institution". Even worst came for Geo TV last week, when religious hardliners accused the station of broadcasting blasphemous material – an especially serious charge in Pakistan. 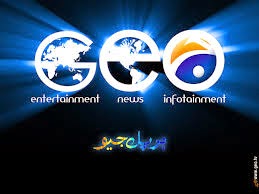 Now comes the farcical melodrama. Three members of the Pakistan Electronic Media Regulatory Authority held a press conference on 20th may 2014 and declared that PEMRA has suspended three licenses from Geo TV. But within hours, it was found out that the decision to ban Geo TV was taken only by these three members out of 12 members of the board and had no legal standing. Within hours PEMRA announced that it disowns the decisions taken by the three men.

This shows how perilous the freedom of expression is in Pakistan. Geo TV executives insist they will not give up. The channel is known for its stubbornness when it fought the order of then President Musharraf to ban the channel. Pakistan Government has to formulate laws under which such farcical situations can be avoided. Without a strong fourth estate presence, Pakistan always faces the danger of becoming an autocracy once again; actually controlled by the army.