World's largest exporter of dairy products, New Zealand's dairy giant Fonterra, has been fined by a a district court in Wellington, New Zealand for $NZ300,000 (US$256,675) for food-safety violations. Fonterra manufactures a milk product, that is used widely in infant formula, made by several multinational firms and the company has been found guilty of not adhering to safety standards in manufacture of this product. This milk product was suspected of containing a bacteria that could cause botulism which is a severe form of food poisoning and according to the judge, who gave his verdict on Fonterra, New Zealand's reputation for high-quality dairy products has been shaken by Fonterra's lax quality control measures. New Zealand's dairy exports, worth more than NZ$12 billion ($9.7 billion) a year, according to government data, with China its largest market accounting for almost NZ$3.0 billion, were considered before as the gold standard as far as quality is concerned and were particularly popular in Asia. 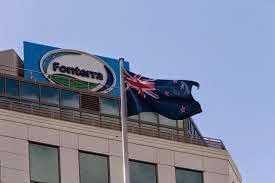 Trouble began for Fonterra last year, when Chinese food inspectors discovered in July 2013, that some latest batches of baby formula supplied by Fonterra were contaminated with a toxic bacteria called as Clostridium botulinum, which can cause botulism. The symptoms of botulism include nausea, vomiting and diarrhoea, followed by paralysis, and it can be fatal if not treated. On 31st July 2013, China’s General Administration of Quality Supervision, Inspection and Quarantine said it had ordered importers to withdraw any contaminated products and called on quarantine officials to step up inspections of dairy products imported from New Zealand. In an editorial, Chinese state news agency Xinhua blamed lax regulations in New Zealand for allowing the product to be exported. The troubles had then just began for Fonterra. Xinhua editorial also pointed out that the problems with Fonterra were systemic, as Fonterra also part owned a Chinese company, which in 2008, illegally laced milk with the chemical melamine, resulting in six children dying and 300,000 falling sick. 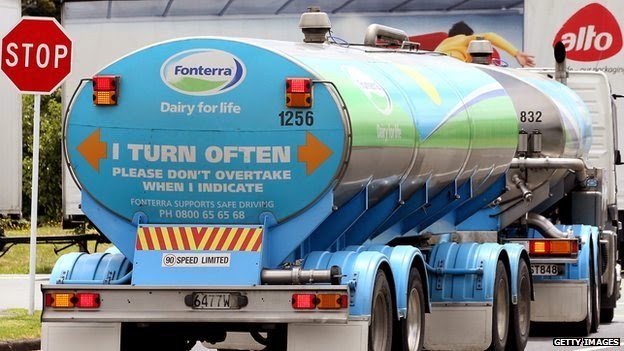 The company took up fire fighting measures immediately and revealed that three batches of whey product, which is used to make infant formula and sports drinks, have been found to contain the toxic bacteria. The statement was so cleverly worded that it only highlighted the quality concerns and did not say anything about the contamination of baby formula that could cause botulism until near the end of the document. However the damage was done and after China, other countries also banned the products. The botulism scare dented New Zealand’s “clean, green” reputation, particularly in China, where Fonterra had a multi-billion dollar dairy market and was considered as a premium product.

Even before this fire was completely doused, another contamination scare had hit Fonterra. On 19th August 2013, it was found that a milk product called Lactoferrin manufactured by a Fonterra group company, 'Westlake Milk,' had excessive nitrate levels in the batches that were exported to China again. The two batches of Lactoferrin totalling about 390kg were exported despite showing nitrate levels of 610 and 2,198 parts per million, which was well above the New Zealand standard of 150 parts per million. 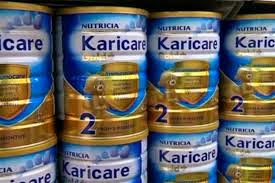 Sri Lanka is a top-10 importer of New Zealand dairy products, with roughly $196 million of the country's total milk powder imports of around $300 million coming from New Zealand last year. The majority is supplied by Fonterra. In the beginning of this month, Sri Lanka’s Health Ministry said that tests performed by the government agency, Industrial Technology Institute, confirmed that two batches of two Fonterra milk products showed traces of the agricultural chemical dicyandiamide, or DCD, and ordered a recall. Fonterra agreed and recalled the two batches. On August 15th, a report published by Government in Sri Lanka reported that an agricultural chemical was detected in Fonterra's milk powder. A local court order issued immediately after, ordered Fonterra to stop selling products, advertising or making public statements in Sri Lanka and issued a notification of a temporary injunction to that effect. The company had to close its office and local plants and asked its 755 local workers to stay at home. New Zealand has had a presence in the Sri Lankan dairy market for last 35 years and Fonterra has a major share of the pie. It collects milk from 4000 local farmers to process it. Sri Lanka buys every year, 2 per cent, of New Zealand's dairy exports worth about $260 million. Sri Lanka action was followed by Bangladesh authorities when they restricted imports of powdered milk mostly from Fonterra. Officials from the port city of Chittagong said that customs officials were holding more than 600 tons of powdered milk mostly from Fonterra till mandatory chemical tests showed they were safe. Bangladesh commerce secretary said: “We have instructed the customs officials to restrict delivery of those consignments pending chemical tests, because this is a matter of public health.

Fonterra came out with a statement on August 18th which said that independent testing had found no traces of dicyandiamide or DCD in any Fonterra-branded products in Sri Lanka. The New Zealand government stepped in and provided an assurance that future deliveries to Sri Lanka will be DCD-free. On August 23rd, A Sri Lankan court eventually ended a ban on the sale, distribution and advertising of all Fonterra milk products in Sri Lanka. Sri Lanka’s latest tests on New Zealand milk powder imports also shows that they were free of DCD, and the problem appeared to have been defused. Later testing also has confirmed that there is no problem with the firm's products anywhere.

The company was however indicted later, by the New Zealand Government relating to breaches of an animal products act with a maximum possible fine of $NZ500,000. The judgement found the charges to be true and accepted that the scare resulted from carelessness and failure to follow procedure, rather than any deliberate action. The company says it could and should have done better and would not contest the charges.